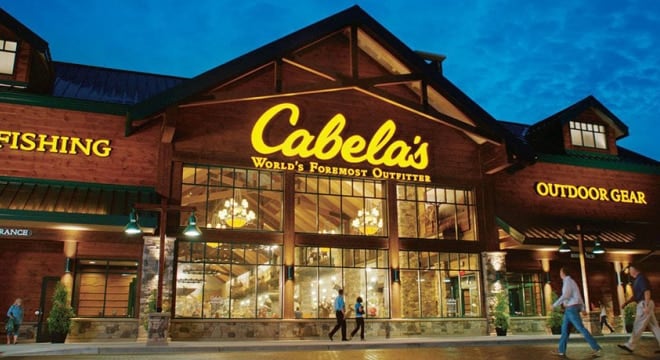 The gun control group are seeking damages from Cabela’s and owner Bass Pro over a 2016 sale of a pistol  that was later used in a deadly drive-by shooting. (Photo: Cabela’s)

A national gun control group is going after the big box retailer over the sale of a pistol that was later traded by a felon and used in a shooting that killed a Delaware woman. The Brady Campaign, representing the family of slain 19-year-old Keshall “KeKe” Anderson, announced the lawsuit against Cabela’s filed this week in a Delaware Superior Court.

The group is seeking damages from the sporting goods chain, arguing that store employees ignored warning signs of July 2016 illegal “straw purchase” made by the girlfriend of a long-time criminal, John Kuligowski. The .40-caliber handgun, according to federal court documents, was soon traded on the street by Kuligowski for a stolen .22 LR pistol, which he had on him when arrested by police on outstanding warrants just four days after the Cabela’s sale.

The .40-caliber handgun acquired in the straw purchase was later tied to a September 2016 drive-by shooting in Wilmington. Anderson, a young mother described as an innocent bystander in the shooting, died of her wounds in the incident and two 17-year-olds, Abdullah Brown and Denota Carney, are currently facing a second trial on murder and weapons charges after the first one ended earlier this year in a mistrial.

Since Anderson’s death, Kuligowski has received 27 months in federal prison following a plea bargain to possession of a firearm by a felon over the .22 pistol. In a sentencing memo to the court asking for 36 months, federal prosecutors argued that Kuligowski had more than a dozen interactions with the criminal justice system over the course of a “lifetime of crime,” going on to contend he should have known trading a gun on the street could lead to its use in crime.

“KeKe Anderson should be alive today, with her mom and young son,” said Brady’s Jonathan Lowy this week concerning the Cabela’s lawsuit. ” KeKe’s family wants to prevent other families from suffering as they have suffered, and to make sure that gun dealers live up to their obligations to act reasonably and not sell guns to straw purchasers or other dangerous people.”

This week’s legal action is not the first time the gun control group has hit retailers following straw purchases where the guns transferred were later used in a crime. In 2014, Brady sued Gander Mountain contending the company acted negligently in selling guns to a straw buyer that were later used to ambush a team of New York volunteer firefighters.

Since then, they have pursued cases in Kansas, New Jersey, Alaska, and Utah among others with varying degrees of success. Last year the Indiana Supreme Court rejected a Brady-backed lawsuit aimed at an Indianapolis gun shop by a local police officer injured in a gunfight with a suspect who claimed the shooter obtained his weapon through alleged negligence.