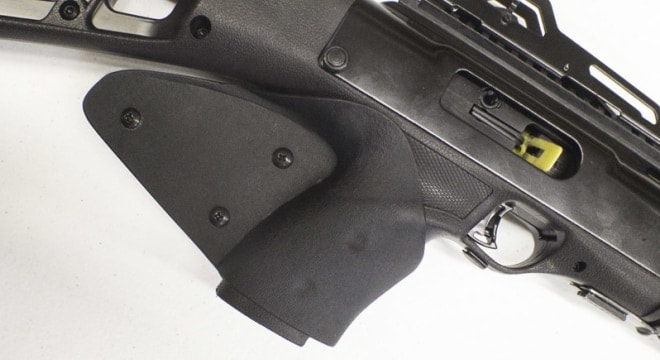 New for 2018 are featureless stocks for the Hi-Point model carbines, in every caliber but .380ACP. (Photos: Hi-Point)

The Ohio-based budget gun builder has kept a promise made earlier this year to develop a line of California-compliant Carbines for those suffering under new regulations.

Complete with “featureless” stocks, Hi-Point has variants of their popular 995TS, 4095TS, 4595TS, and 1095TS models listed on their website available for shipping to California. The only model not covered is the variant in .380ACP. The above image shows a paddle-type block behind the pistol grip/magwell which would knock out one of the two “assault weapon” features enumerated under state law and allow the detachable magazine, thus opening the huge gun market in the state to the company. 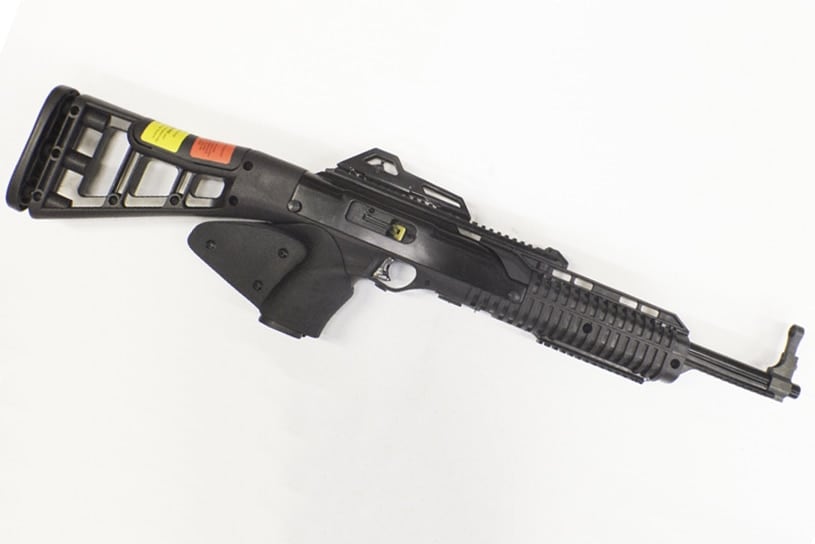 The paddle, which comes standard on the company’s new California-compliant variants, creates a “featureless stock” 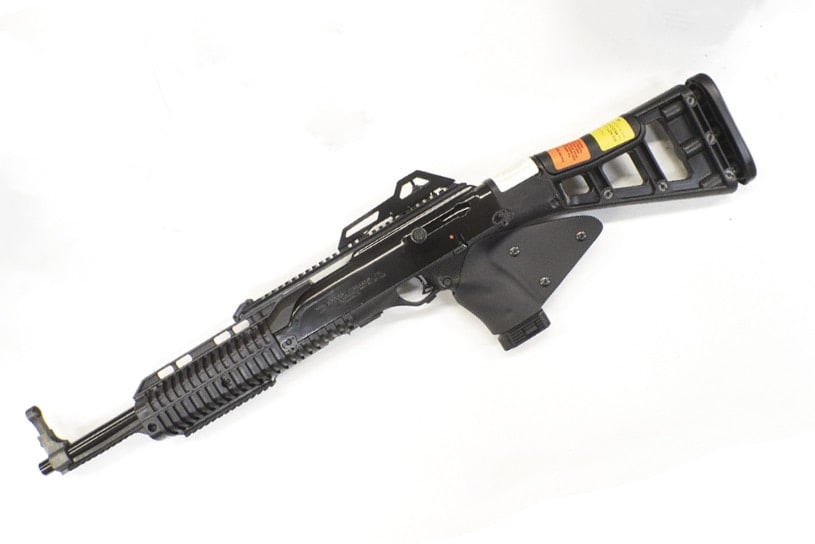 Retail is between $365-$454, depending on caliber and color. Hi-Point offers some models in FDE and OD as well as the standard black. 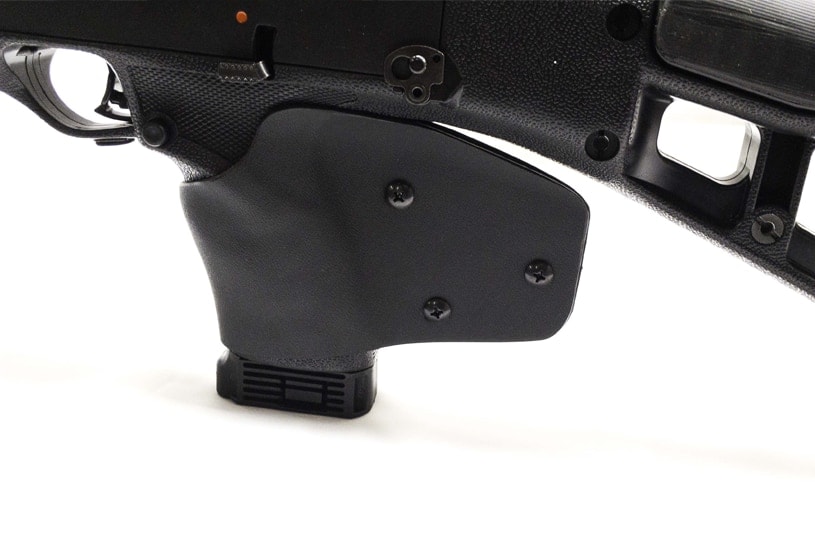 Hi-Point also says they have a retrofit kit for those with legacy guns now “behind the lines.”

The price of the Cali-compliant Carbines are between $45 and $50 higher than models marketed for the rest of the country and Hi-Point wants those who already own a legacy non-compliant variant in the state that they are selling retrofit kits — call for details.

Politics and bruised feelings aside, there are an estimated 13 million gun owners in the Golden State who are subject to increasingly strict regulations and the resulting whack-a-mole effect of industry tweaks to comply with local laws is a time-honored tradition.

So far this year, FN, KRISS Vector and others have jumped on the bandwagon of featureless stocks to allow options for those in the restrictive “Left Coast” to still remain in the black rifle (or carbine) game. Even Ruger has a new California-compliant PC Carbine with a 10-round mag and non-threaded barrel.