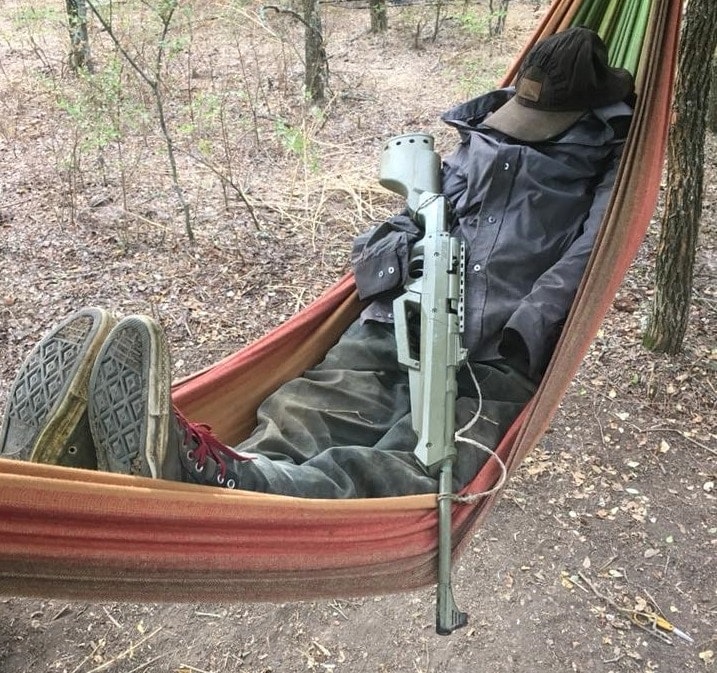 “Pardon me, but does that take pellets as well as BBs?” (Photos: NCSO)

Authorities in Texas paused, briefly, while busting an illegal pot farm after they saw security armed with an “assault type rifle.”

Navarro County Sheriff Elmer Tanner posted details to social media Monday of the 10,000-plant grow op found across five acres in the southern part of the county. The operation showed plants in various degrees of cultivation and harvesting before a county-run bulldozer cleared them away from an area near a rest stop on I-45 near Richland. Acting on a tip, the agency had the area under surveillance from a drone for several days prior to the bust.

“This was a fairly sophisticated operation with camps sites, portable generators, water pumps as well as placing a fully dressed figure lying in a hammock appearing to be armed, holding an assault type rifle appearing to provide security for the location,” said Tanner, whose office patrols the unincorporated areas of Navarro County, located about an hour outside of the Dallas-Fort Worth area. 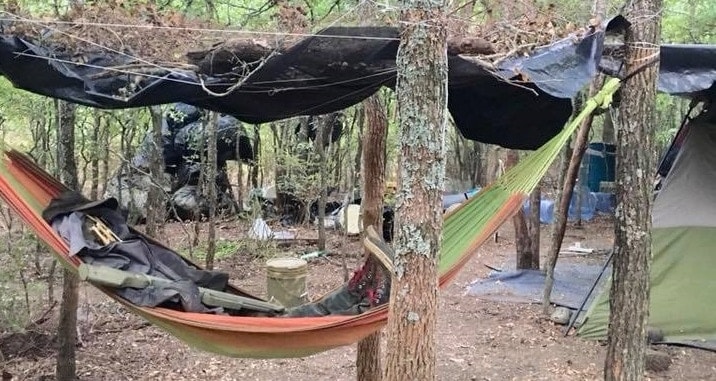 The weaponry, rather than an “assault type rifle,” seems to be a Bear River Sportsman 900 Air Rifle, caliber .177, as seen below in a review from Airgun World.

The multi-pump lever action retails for about $60, hammock not included.