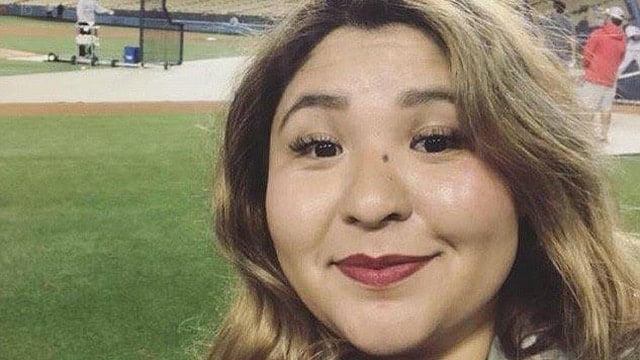 Officers Sinlen Tse and Sarah Winans struck 27-year-old Melyda Corado during a firefight with an armed suspect as he fled into the grocery store July 21 in Silver Lake, according to an LAPD press release published Friday.

The suspect, 28-year-old Gene Atkins, allegedly shot his grandmother and 17-year-old girlfriend hours earlier at the family home in South Los Angeles before leading cops on a winding vehicle pursuit through Hollywood. He barricaded himself inside the Trader Joe’s after crashing into a light post outside, LAPD Police Chief Michel Moore said.

“Gene Atkins’s violent actions precipitated this incident when he shot his grandmother and young acquaintance during an argument,” he told reporters last week. “His violent behavior escalated as he shot at pursuing officers as they attempted to stop him and rescue the young woman inside his vehicle.”

Atkins will be arraigned next month on more than 30 counts, including murder, attempted murder, false imprisonment and felony evading. Bail is set at over $18 million.

“As Chief of Police, I am sorry for the loss, this tragic loss,” Moore said. “On behalf of myself and the men and women of this department, I want to express my deepest condolences and sympathy to her family and to everyone that knew her.”

Corado’s family held a public funeral for the slain woman over the weekend. In a statement released to various media outlets, family members thanked “people all over the nation for their overwhelming love and support.”

“We will never heal from this senseless tragedy, but everyone’s thoughts and prayers are helping us cope with this insurmountable loss,” the statement concludes.

Although the investigation continues, Moore said last week he believes his officers acted appropriately in defense of themselves and others at the grocery store. “I recognize how they will forever go through their mind, debating whether that was what they had to do. But as chief of police, it’s what I believe they needed to do,” he said.