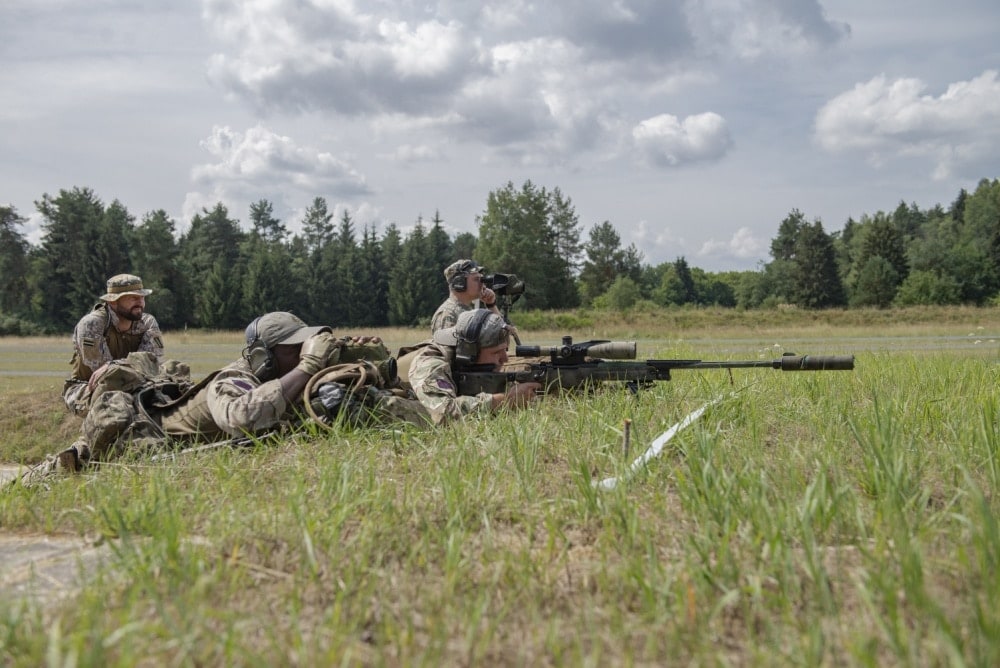 A sniper team from the UK works the stress shoot lane at the competition. The Brits use both the Accuracy International L115A3 long-range sniper rifle in .338, above, and the L129A1 sharpshooter rifle, which is LMT’s LM308MWS AR-10 platform. (Photos: U.S. Army)

The Europe Best Sniper Team Competition being held this week is like the World Cup of military marksmanship, but with tougher competitors.

Held at the U.S. 7th Army’s Grafenwoehr Training Area in Bavaria for the past week, according to the Army the event tests “marksmanship skills, physical prowess, and mental agility while engaging in team-building competition.”

Besides the sometimes-wild camo schemes (have you seen Belgium’s jigsaw pattern?), there is a ton of really nice hardware on display. 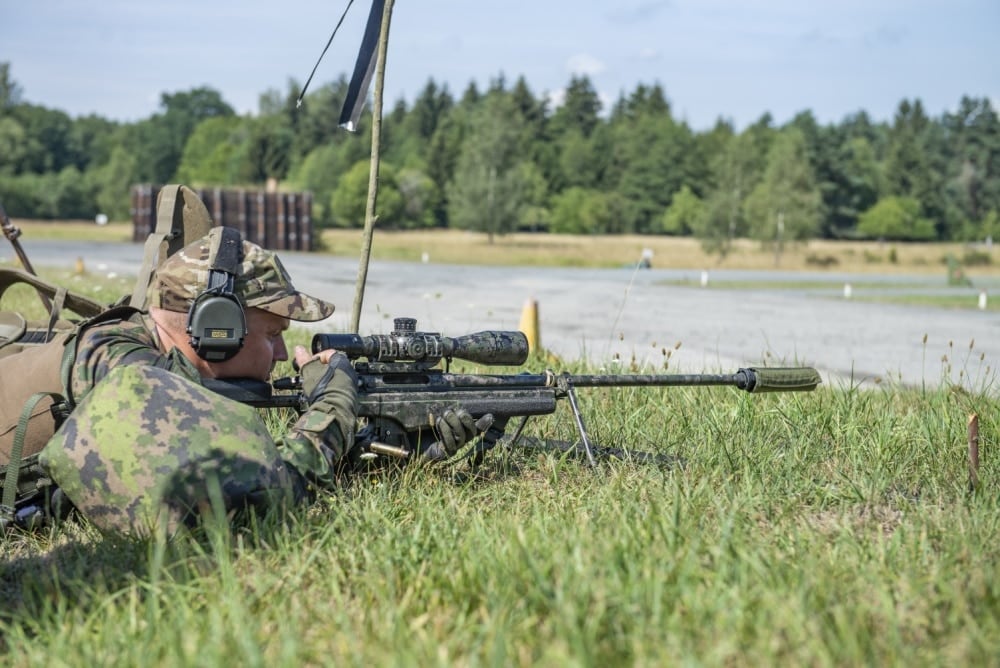 A sniper from Finland on the stress lane. Renowned for marksmanship (ever heard of Simo Haya?) the Finnish Army use the Sako-built TRG-42 as their TKIV 2000 rifle, as well as the more legacy Valmet TKIV 85 in 7.62x53R– not to be confused with the old standard Russian 7.62x54R, although it can use that in a pinch. 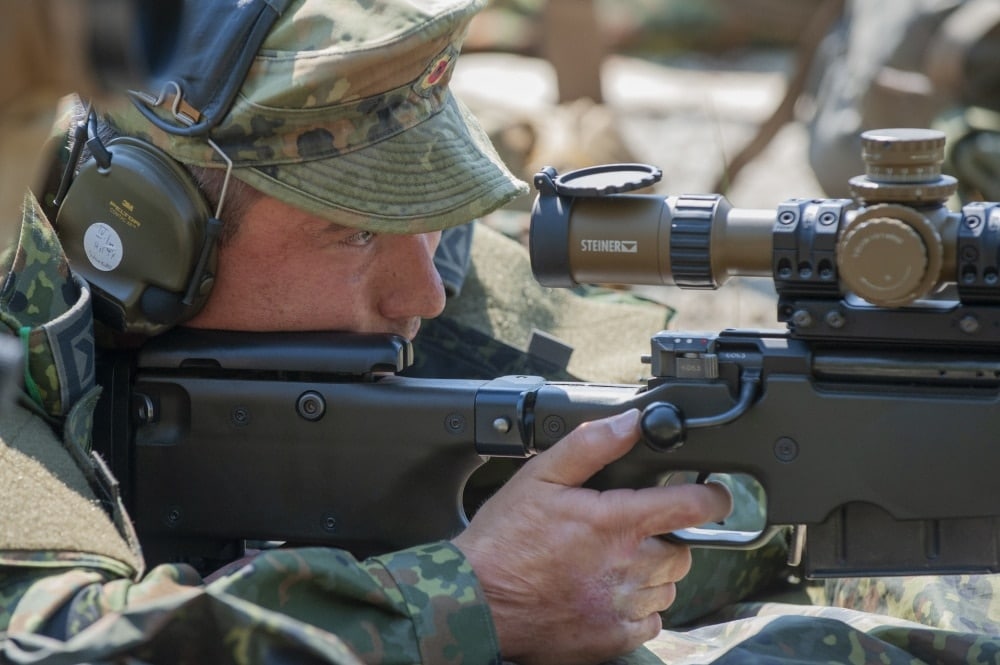 A German sniper– the home team more or less– takes aim on the dope range. The Bundeswehr use the HK G28 as a designated marksmanship rifle and the Accuracy International AWM, termed the G22, as their precision rifle– shown above. The latter is being replaced by the uber nice and more German-made Haenel RS9, termed the G29. 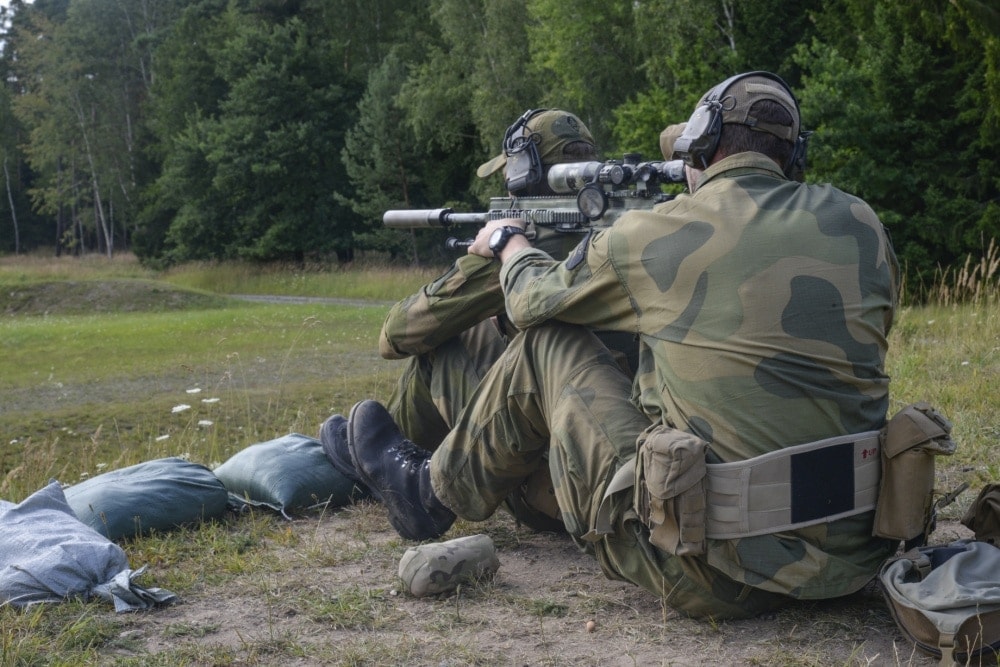 The Norwegians use the HK417 in 7.62x51mm NATO as their DMR, replacing the vaunted Mauser 98 bolt gun which they picked up (literally) after WWII. 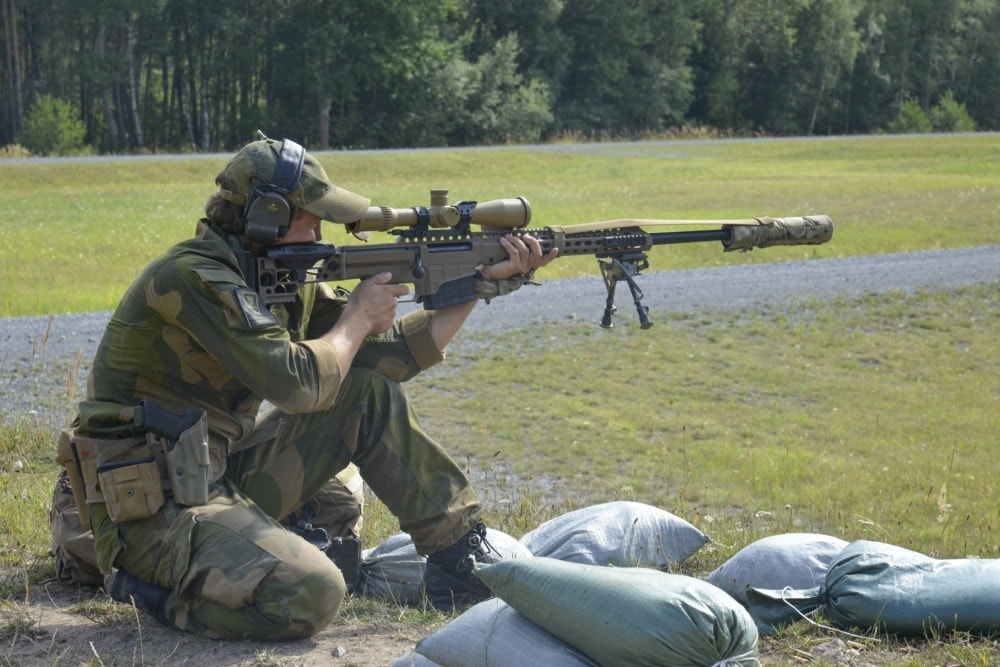 And yes, that is a Barrett MRAD in .338LM, used by Norway to take longer shots. Note the Glock for a sidearm. 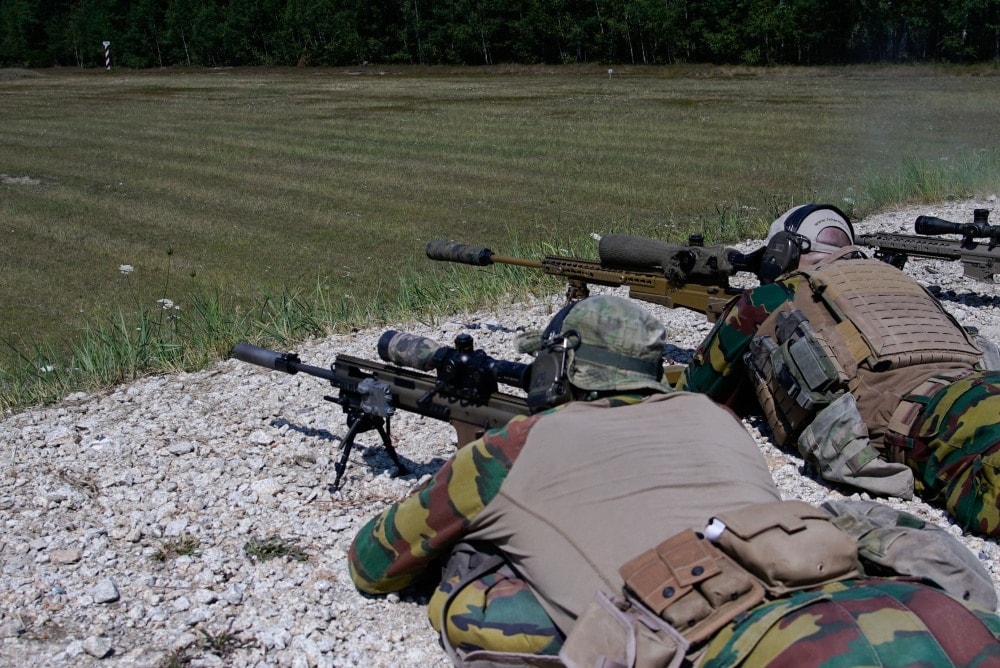 It should be noted that the Belgians use a host of FN precision and DMR rifles such as the SCAR-H PR as well as others and took the competition last year overall in a field of 18-teams. 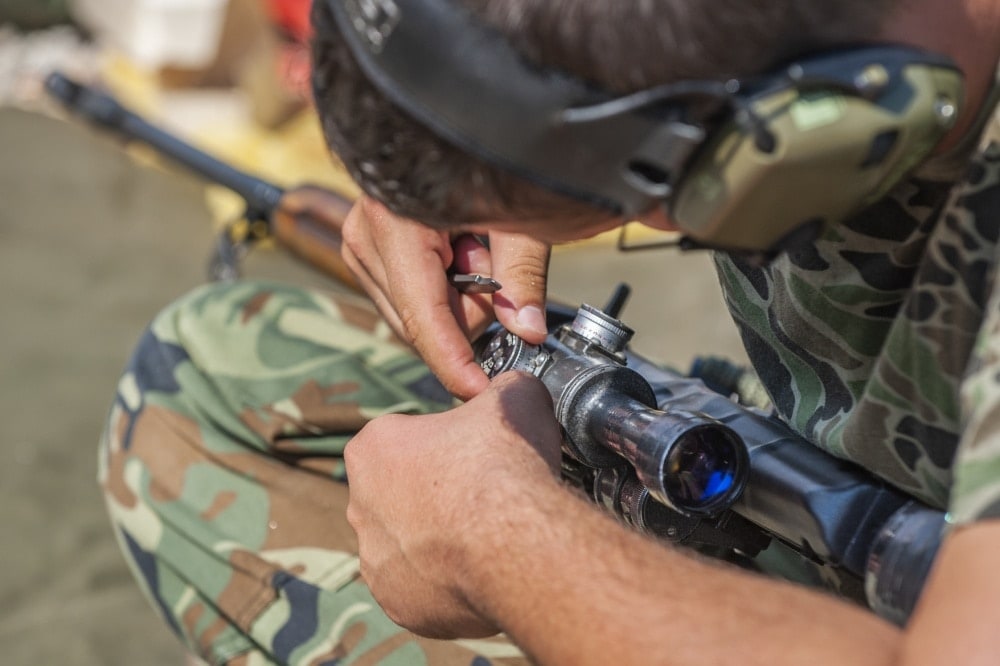 Nice to see an old-school DMR like the Dragunov SVD still in use– this one in the hands of a Bulgarian competitor. Also, it is one of the few without a suppressor 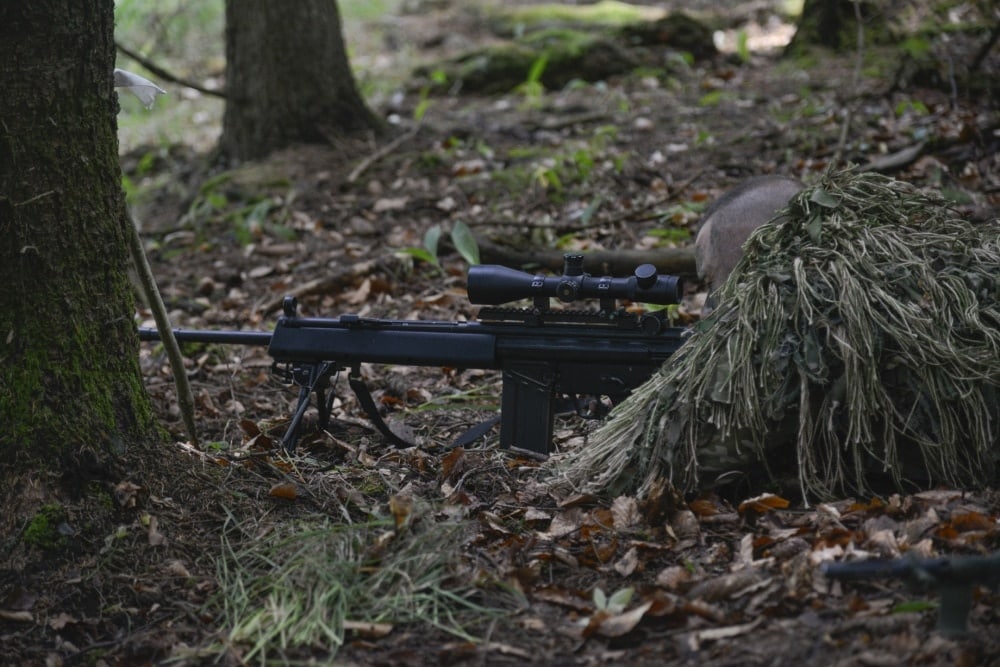 The Bulgarians, seen here in the stalking competition, also use Heckler & Koch MSG90 and PSG1 rifles as well, based on the classic G3 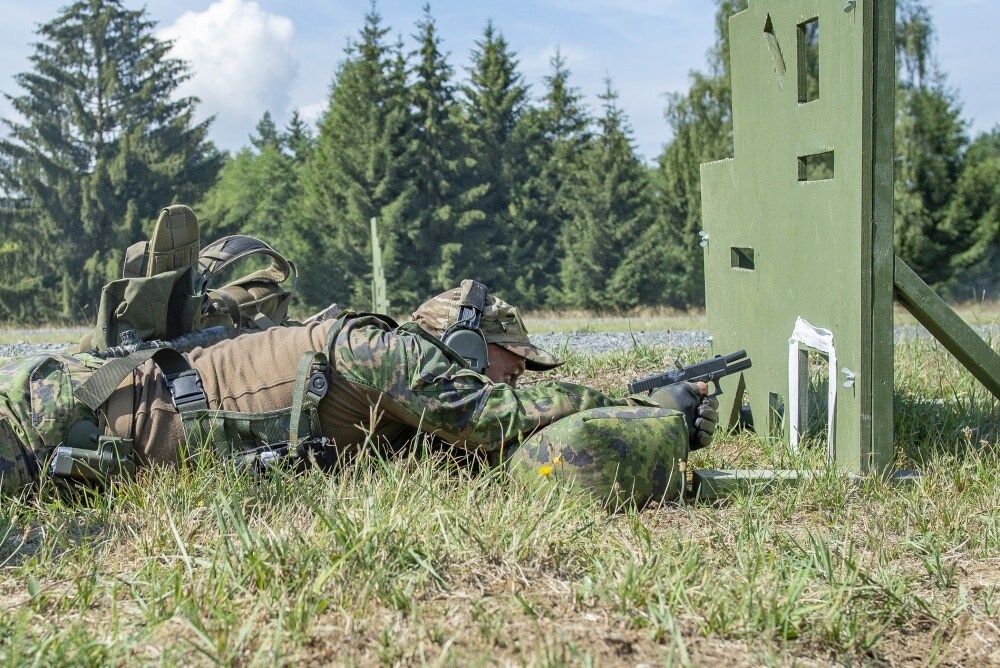 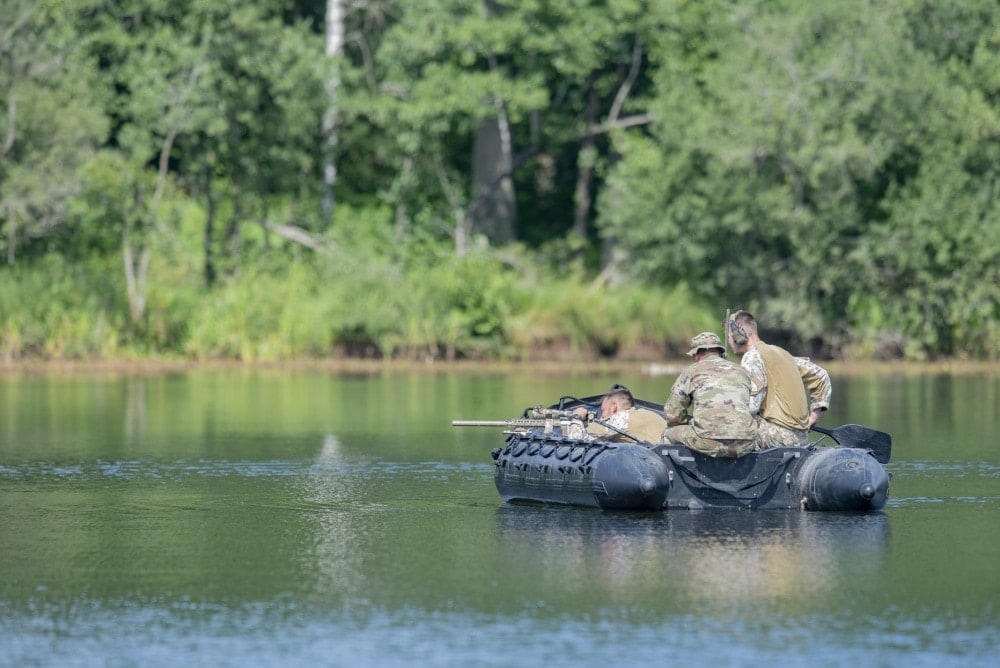 A sniper team from Latvia fires from a Combat Rubber Raiding Craft at targets placed across a lake, while drifting.

A Dutch sniper team leaving room for Jesus while getting a good supported position. Also, hopefully, the Dutch government saved a ton of money on that Glock holster contract. 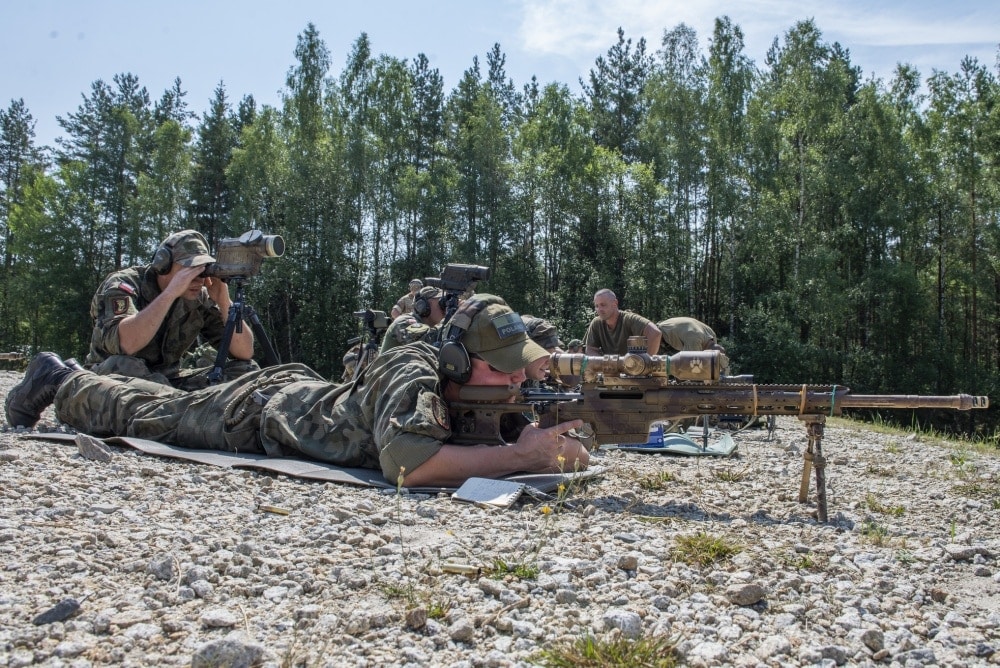 How about some video?

Don’t worry, these aren’t interviews of officers jaw jacking about how much of an honor it is to come to Grafe when there isn’t 3-feet of snow on the ground, just footage of dudes shooting guns in sometimes awkward positions.

The below B-rolls cover Polish, French, British and Finnish sniper teams as they take part in the Field Fire event which includes taking prone shots from down in the dirt, clearing a building with small arms, then engaging a target from a second story.

The Swedes are the feature of the second video performing the same drill.

Next comes German, Swedish and Bulgarian soldiers getting in shots while trying to make their silhouette as small as possible as they balance on a drifting rubber raft in the middle of a water obstacle. And yes, you get to see that big HK in action.

Who won? We’ll let you know after the event concludes on Thursday. Also, why no footage of the American teams? Ask the Army on that one.