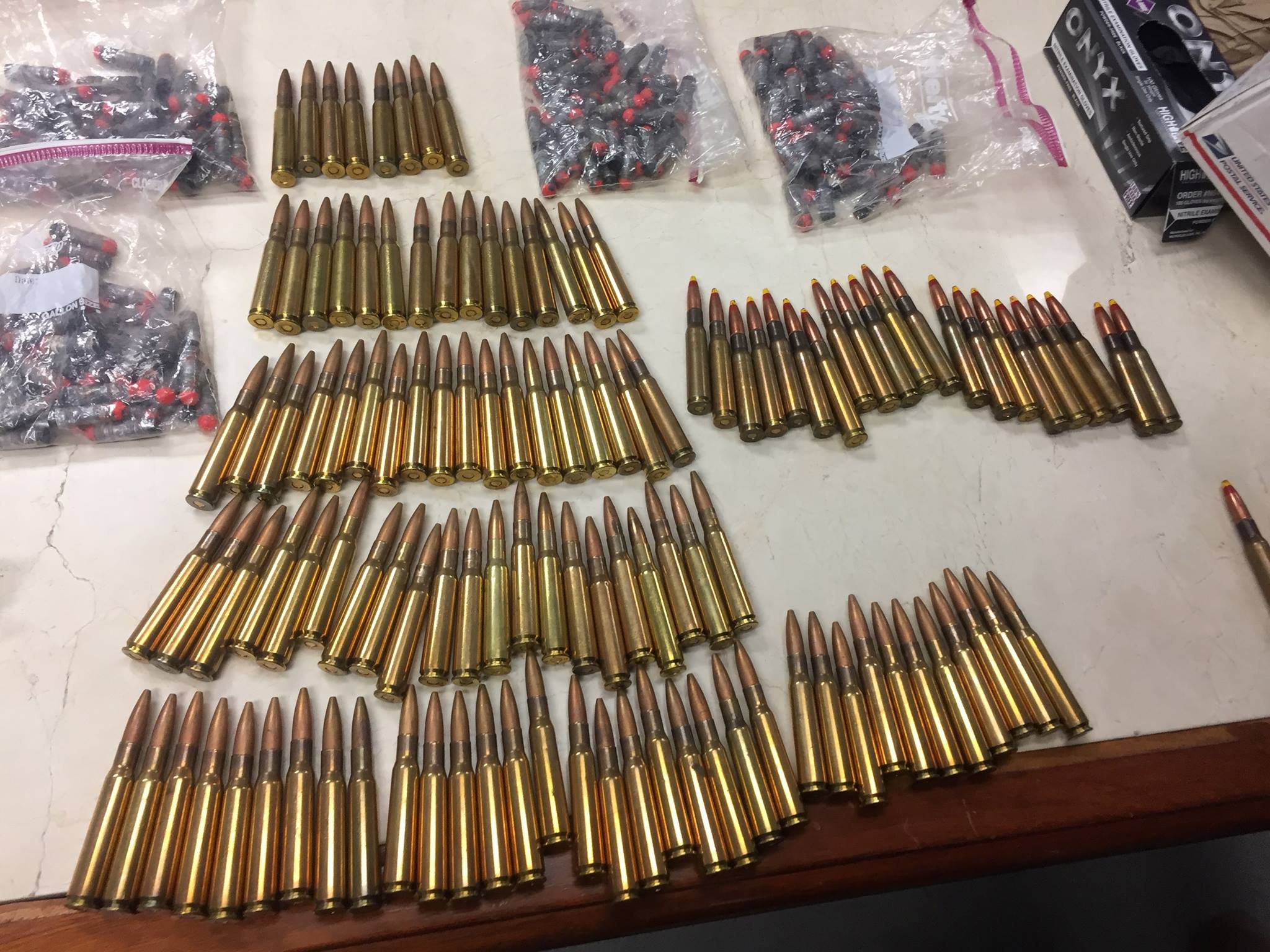 Some of the shipped ammunition recovered by federal agents. (Photo: ATF/Facebook)

A Maryland man will spend the next 16 years in prison after federal agents discovered a cache of machine guns, short-barreled rifles and child pornography in his underground bunker in 2016.

Caleb Andrew Bailey, 31, will serve 200 months behind bars and a lifetime of supervised release, according to the Department of Justice, after pleading guilty to illegal possession of unregistered machine guns, unregistered short-barreled rifles, unregistered destructive devices, and for possession of child pornography.

Bailey attracted the attention of the Bureau of Alcohol, Tobacco, Firearms and Explosives in February 2016 after a package he shipped containing “400 rounds of .223 ammunition, 119 rounds of reloaded .50 caliber cartridges with M48A I incendiary projectiles, and 200 rounds of 14.5mm M 183A I spotting projectiles” busted open inside the post office. Some of the weapons recovered from Bailey’s property and underground bunker. (Photo: ATF/Facebook)

Investigators soon connected Bailey as the shipper of the package — destined for a federally licensed dealer in Wisconsin — through phone and bank records. During a search of his 80-acre property in Waldorf, investigators found an arsenal of machine guns and parts, short-barreled rifles, explosive devices and child pornography depicting teenage and prepubescent males.

A 17-year-old minor present during the search warrant led agents to a hidden external hard drive, laptop and camera buried beneath leaves near a footbridge. He said Bailey instructed him to conceal the devices in that spot.

Facing more than 50 years behind bars, Bailey pleaded guilty in May 2017 to four of 12 counts charged in a superseding indictment.