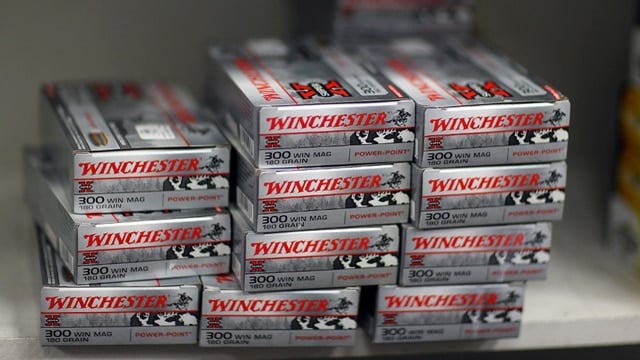 Ammunition is seen for sale on the shelf at the National Armory gun store in Pompano Beach, Florida. (Photo: Joe Raedle/Getty Images)

“Throughout the first half of 2018, our efforts to recover higher commodity metal prices through higher selling prices have met with limited success,” he said.

Still, Fischer said, increased demand from military customers and a recovering market creates a positive outlook for Winchester moving forward — so long as the company reigns in operating costs.

“We do think if you look back historically, commercial volumes tend to decline somewhere around six consecutive quarters off of a peak. The second quarter of this year would have been the sixth quarter,” he said. “So, we have expectations that commercial volumes will stabilize here.”