Police discover briefcase, with a few tweaks to it (PHOTOS) 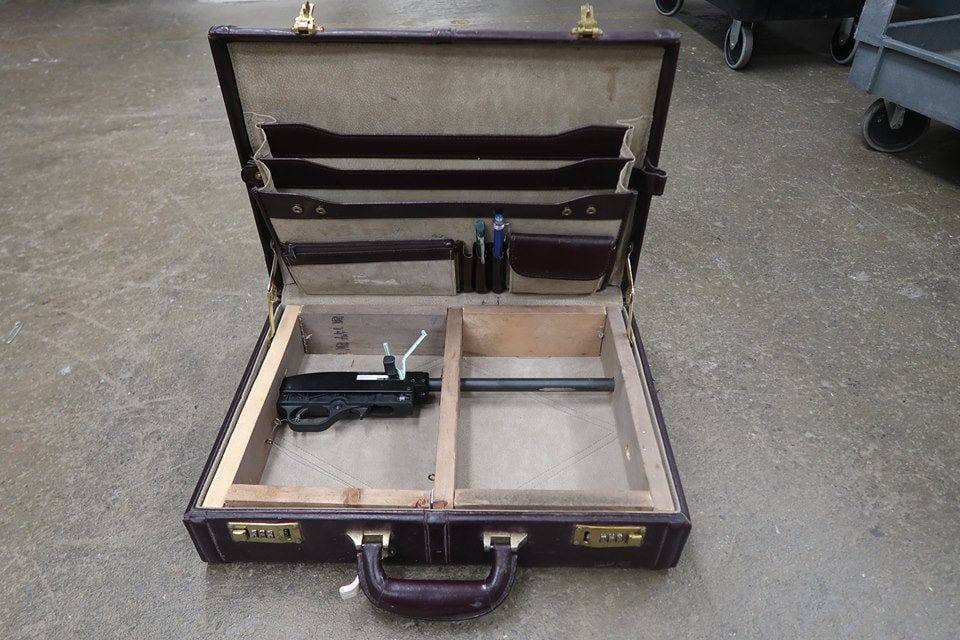 The Louisville case includes room for file folders, pens, and an abbreviated .22LR rifle, rigged to fire through the side and controlled via a wire tied to an external lever linked to the trigger. (Photos: LMPD)

While guns that fire from inside briefcases are perfectly legal — providing you have the right stamp — chances are the one recovered this week doesn’t.

The Louisville Metro Police Department on Monday posted images of a pleather attache case they came across that showed what appeared to be a hidden trigger in the handle that controlled a chopped-down rimfire rifle, set to fire through the side of the case.

“All briefcases aren’t the same,” the agency noted. “For instance, this one can cause some damage (we circled it) and is illegal in way more ways than there’s room to explain!” 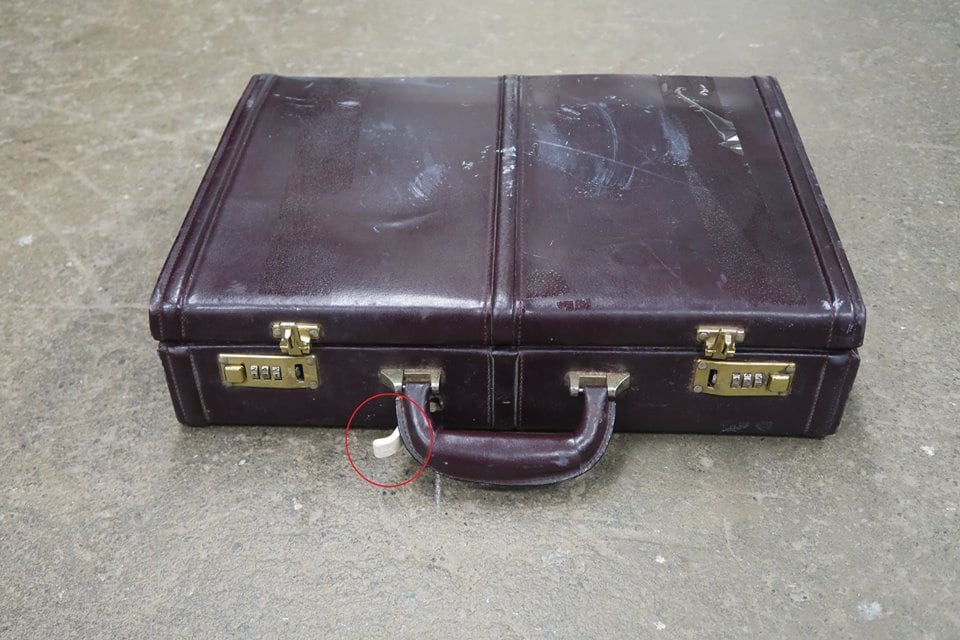 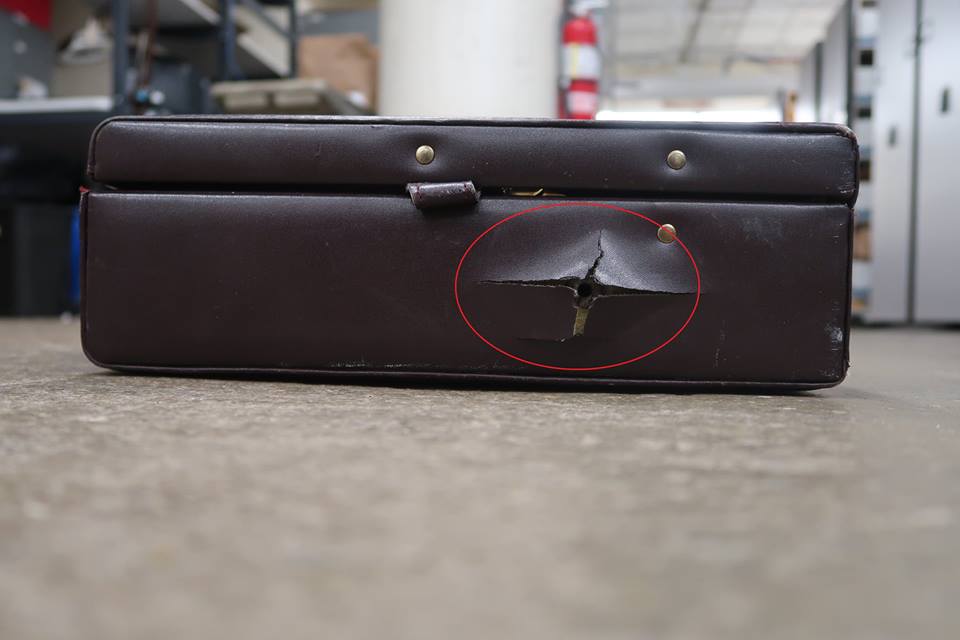 So-called “operational briefcases” have been around for a half-century or more, with Heckler & Koch even going so far as to produce a factory variant made to fit the MP5 subgun. Others, to include the Soviets, came up with similar projects. The thing is, in the U.S., if the gun can fire while concealed, it falls under the National Firearms Act regulations for an AOW, a problem that could earn the owner of the Louisville bag as much as a dime in a federal prison.

And since you came this far here is a legit HK OB clocking in, below.

In the words of LMPD, “#ImmaHaveToReschedThisBusinessMeeting.”