The FoldAR is alive, well, and feeding on ammo at TriggrCon 2018 (VIDEO)

The guys at Dead Foot Arms showed up in full force and ready to shoot the hell out their foldable rifle, dubbed the FoldAR, during the range day portion of TriggrCon last week in Bellevue, Washington.

And shoot the hell out of it we did. I’ll be the first to admit that I was a little nervous beforehand. I know that may sound ridiculous, given the hundreds of people who shot it before me, but part of me felt like it might fall apart in my hands. That I would be left standing at the firing line slack jawed with bloody stumps for hands. 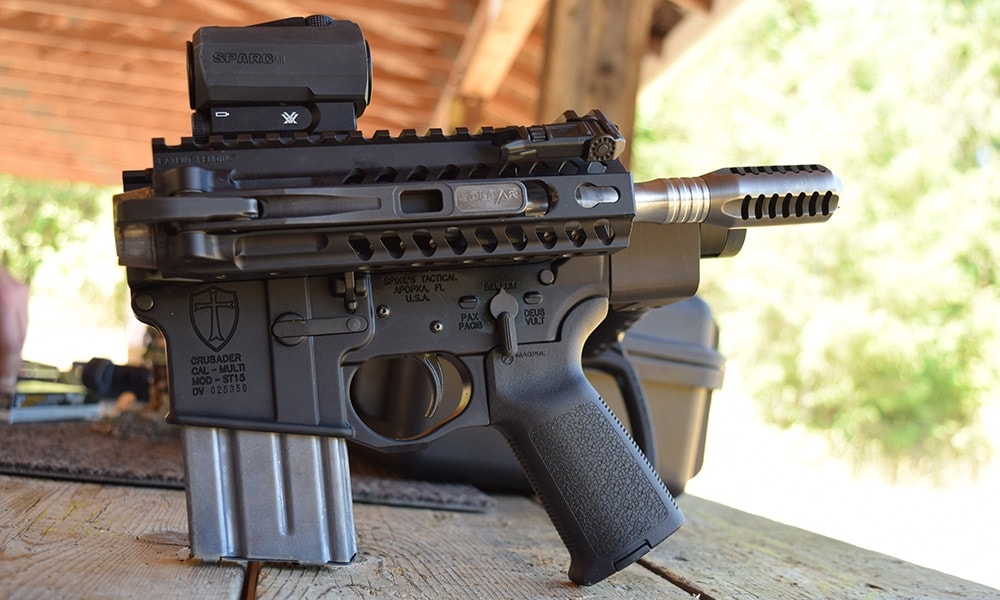 But then I remembered that Ted Schumacher, CEO of Dead Foot Arms, doesn’t put his name on anything that isn’t high quality. I learned that about him while writing a story about the creation of their folding stock and the company. With that in mind, I quashed that ridiculous notion and shouldered the weapon, no eager to fire.

To my surprise it shot really well. It was incredibly accurate and lightweight. You can tell the companies put lots of time and energy into the design because it felt solid in the hands after every shot, nothing felt like it was jostling loose or in need of adjustment. All in all this was a solid gun, which is perfect for the bugout bag at home. 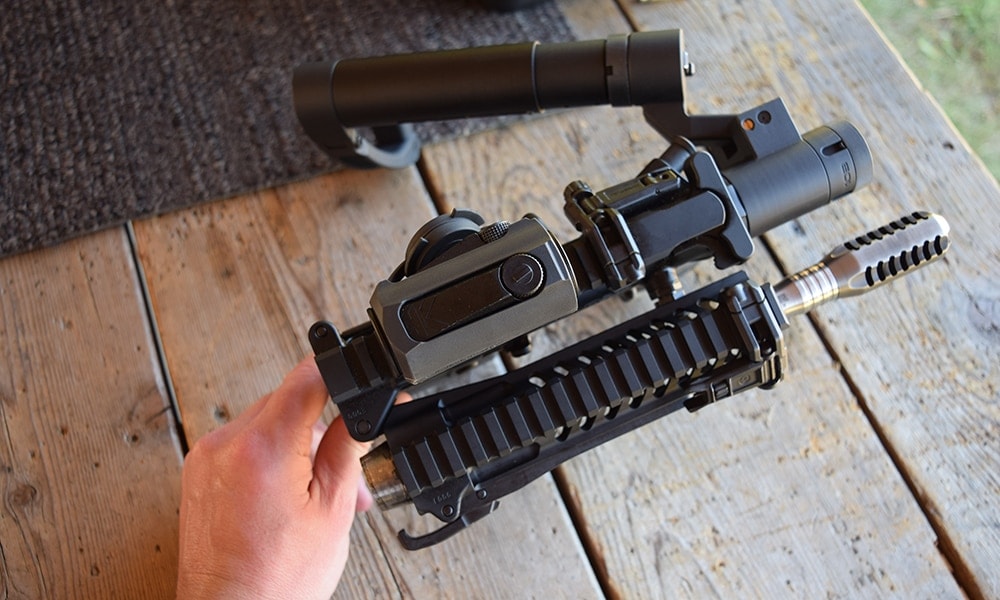 Although you can buy the barrel without the DFA folding stock it doesn’t seem to make much sense. DFA is making a stock that is still allowing the firearms to be fully functional while the stock is folded, thus making it a great choice for anyone looking for a compact AR setup. FoldAR and DFA have partnered to bring you a one-stop solution and will be retailing in the fall starting right around $1,800. 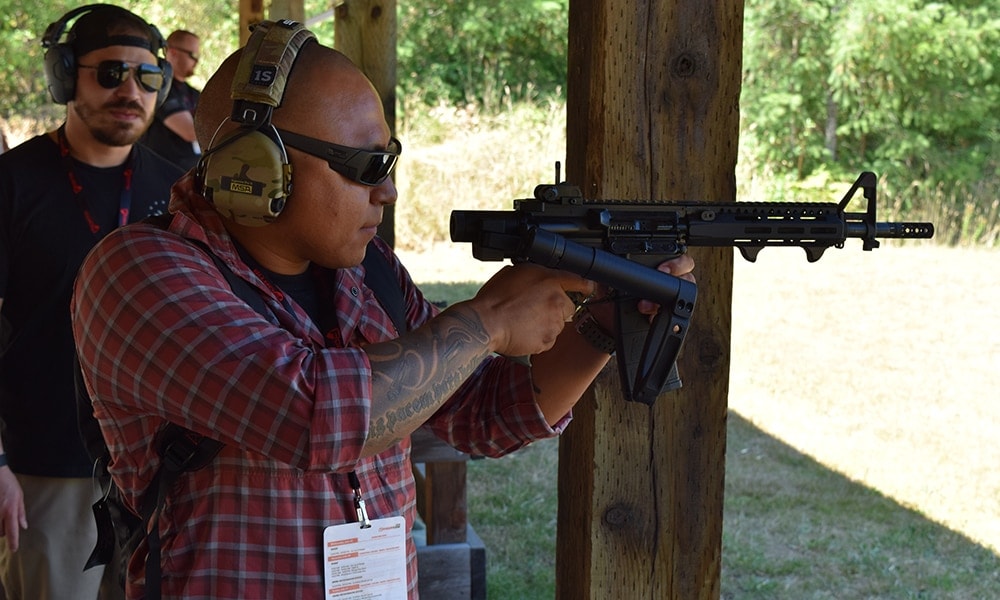 A member of the media shooting the FoldAR with the stock collapsed. (Photo: Daniel Terrill/Guns.com)