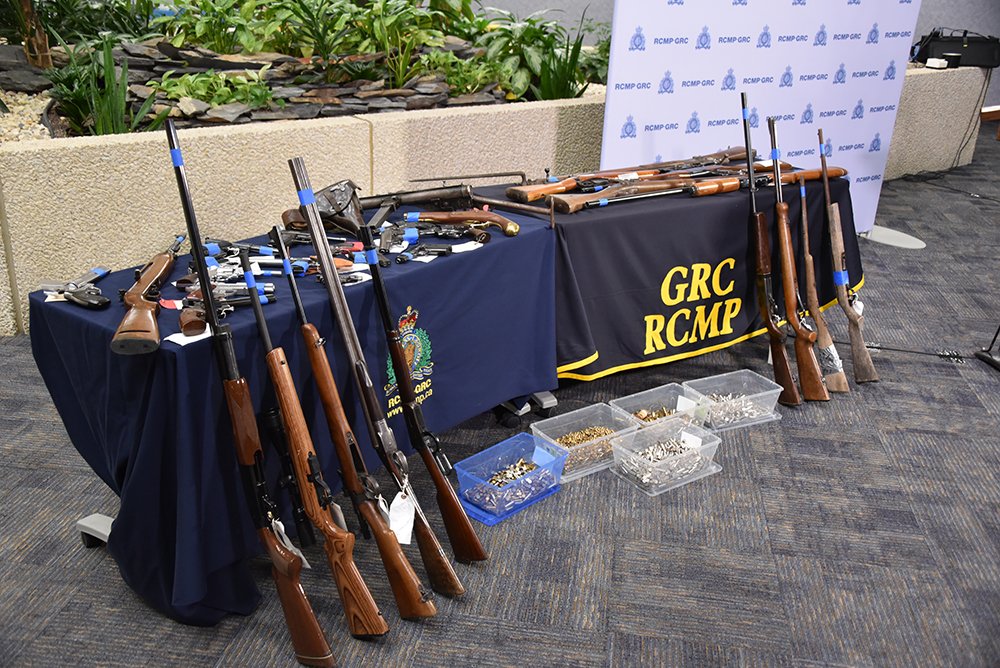 Overall, the firearms shown off by Canadian authorities were pretty pedestrian, although some were decidedly older than the norm. (Photos: RCMP & Winnipeg Police)

The Canadian prairie province extended a month-long offer to pick up unwanted guns and ammo from the public that produced some interesting, if vintage, hardware.

Announced with great fanfare at the beginning of June by the Winnipeg Police and the Mounties, the province’s 3 million Manitobans were encouraged to place a call to local authorities if they had munitions they no longer wanted. Under the terms of the amnesty, those with unregistered or illegal guns or ammo wouldn’t be charged unless the weapon was tied to a crime or stolen.

“We encourage everyone across the province who has firearms or ammunition they simply don’t need or want, to participate in the Gun Amnesty Program,” said Scott Kolody, assistant commissioner for the Royal Canadian Mounted Police. “By turning in your unwanted firearm, you are removing a potential hazard and helping to make your home and your community safer.”

While a similar program brought in 300 weapons and “more than 74 boxes or bags of ammunition” last year, the results of this year’s event, announced this week, blew the old figure away, taking in 700 firearms and some 22,000 rounds.

“By encouraging Manitobans to turn in these unwanted firearms and ammunition we did our part in ensuring that illegal or stolen guns never make it into the wrong hands,” said the province’s justice minister, Heather Stefanson.

The thing is, the firearms coughed up seem kind of…well like stuff that no one wanted. After all, it wasn’t a “buyback” where a carrot of cash was offered, just a program allowing gun owners to turn over stuff without the stick of a penalty (in most cases). An update issued midway through the amnesty by the RCMP noted that several non-guns such as starter pistols and air rifles had been turned in. 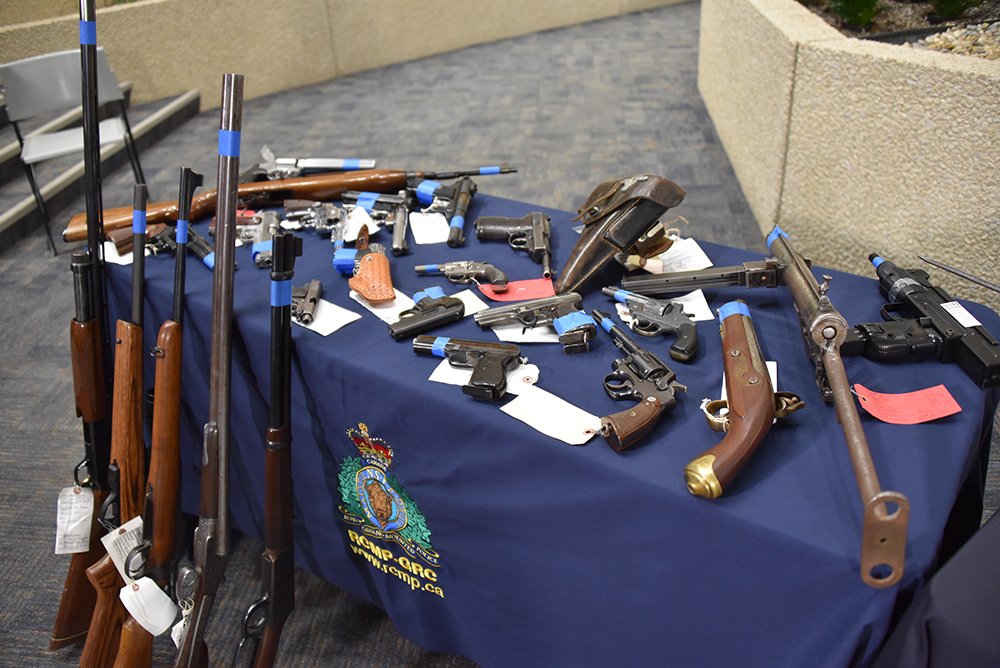 This display shown off by the Mounties looks like it may have belonged in better days to a WWII-era weapon collector and the person that inherited it didn’t know what they had. What looks like a pair of distinctive Czech CZ 24/27 pistols are in the center of the photo just below a German P-38 with its companion holster. An M1 Carbine is to the far left while what seems to be a STEN and UZI to the right, the latter both likely dewatted as the RCMP didn’t make a big deal of it in their announcement. Also, drink in the flintlock black powder pistol and the Damascus steel SXS, the latter of which likely dates to the days before the 1900s. 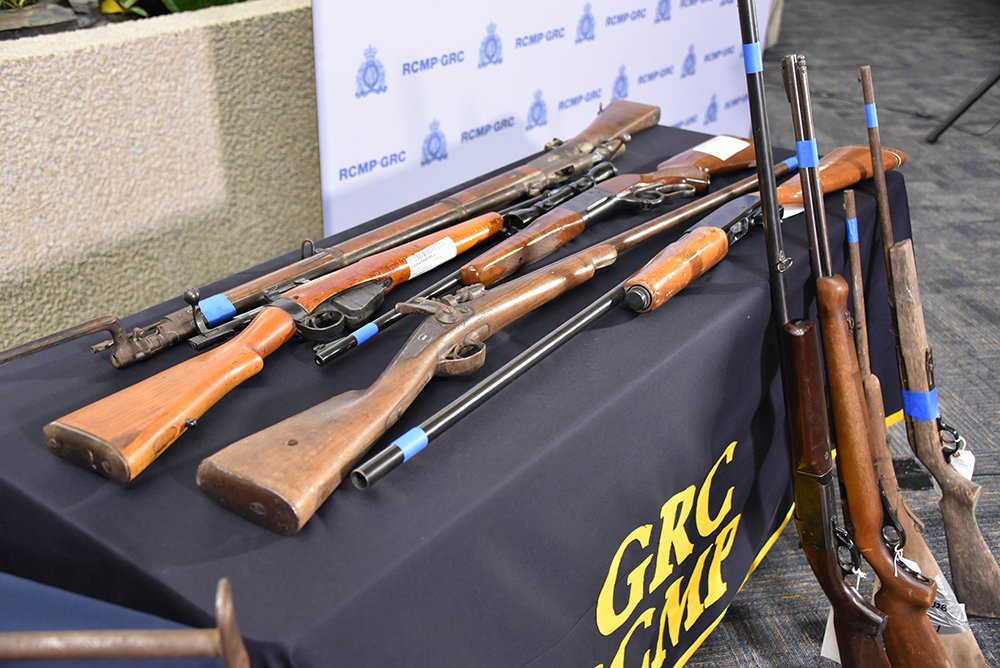 Holy wars of the 19th Century, with what looks to be a Swiss Vetterli a complete with its cruciform spike bayonet atop a sporterized Lee-Enfield rifle followed up by a cartridge conversion breechloader, possibly a French Tabatiere. 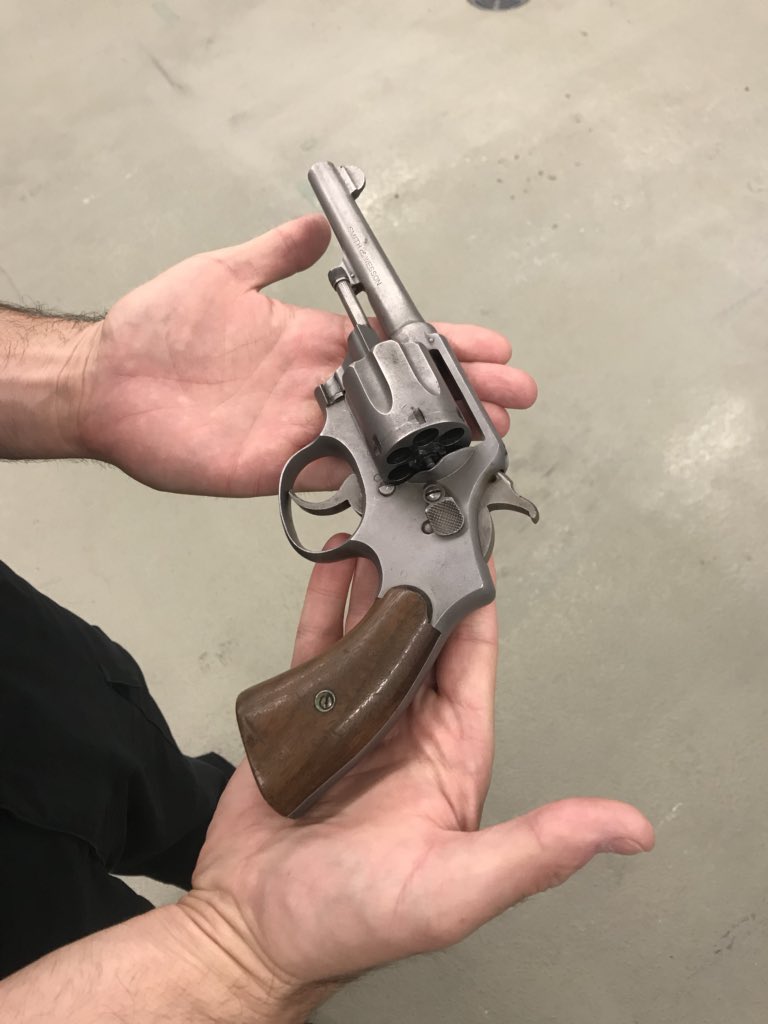 They even got a small practice bomb (inert)

Yep, this happened! A military bomb was in a Portage basement for 25+ years when the owner called #rcmpmb to come get it as part of #gunamnesty2018. Bomb experts attended & determined bomb was non-operational. Just another day #protectingMB pic.twitter.com/8Shc9J9Dhn

Along with a vintage shell that may have had ties to past conflict between the French and English.

This 9 pound exploding cannonball was turned in to our officers as part of gun amnesty month. It was recovered by a citizen in 1966 while visiting York Factory. The factory was an old trading post and the site of some naval battles between the French & English. pic.twitter.com/TbmLjv8gY0

A video posted by Winnipeg Police showed what looked to be another shell in shrapnel condition as well as a few handguns, an Enfield, and some assorted other rifles and shotguns.

The RCMP reports that no charges resulted from anything turned in and, while most of the guns and ammunition surrendered during the amnesty will be destroyed, some will be saved for “historical, educational, or training purposes.” 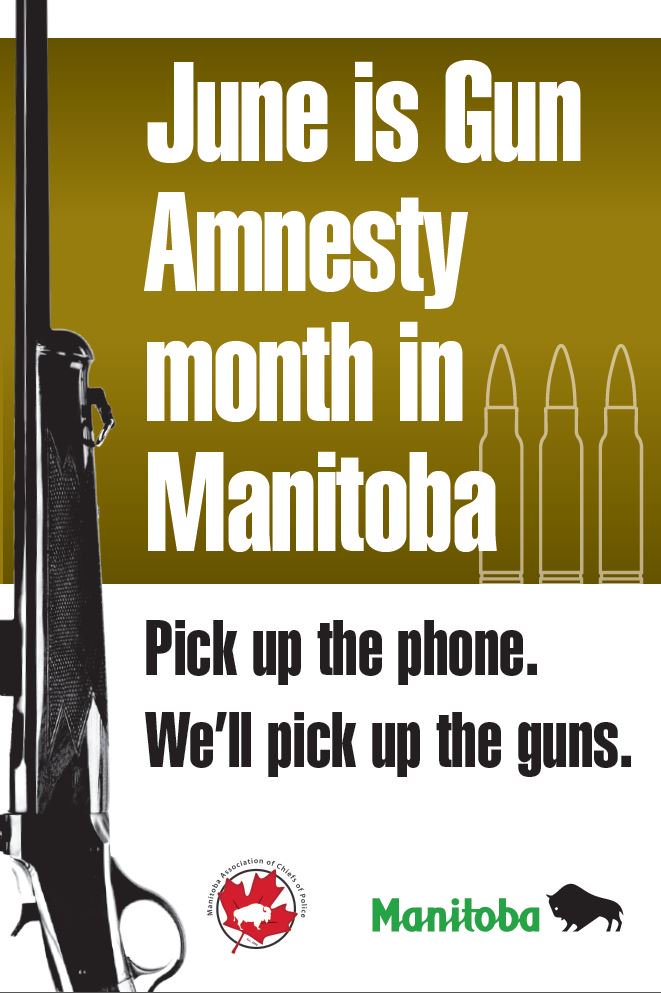