John Hwang is the President of Rainer Arms but he is also the founder of TriggrCon. Guns.com caught up with him last week to talk shop about what he found to be some of the most innovative products on the show floor.

Hwang started out by showing us some of the guns from Danger Close Armament, including a PPQ which had some beautiful stippling that was not only pleasant to look at but highly functional according to Hwang.

He also showed us what he called “the most beautiful [Glock] 43 on the market right now,” this G43 featured a custom Streamlight config from Danger Close Armament which they can’t keep on the shelf. 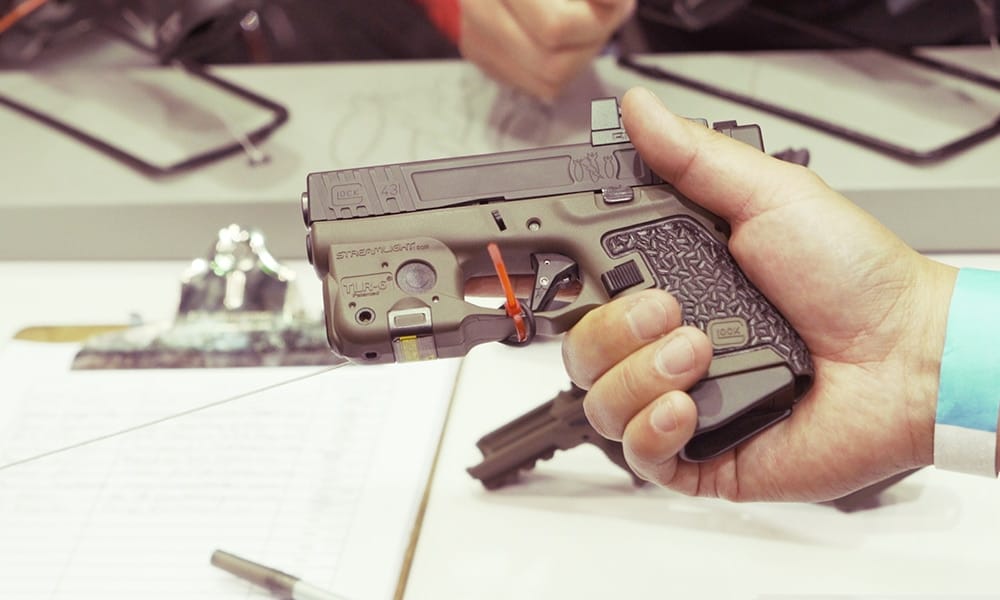 The most beautiful 43 on the market right now according to Hwang (Photo: Scott Gara/Guns.com) 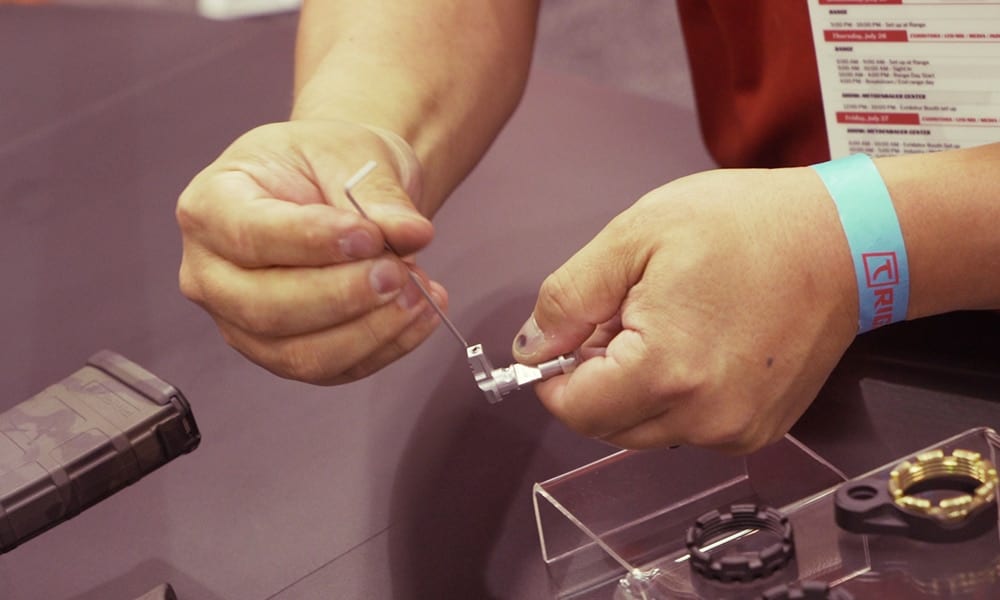 Next, Hwang took us to the Fortis Manufacturing booth to check out a new safety selector switch the company was releasing. Instead of the set screw going through the center of the safety this switch utilizes it going through the bottom.

“A little bit of innovation, I know it’s very small, it’s mainly just aesthetics but there’s a set screw on the bottom. Once again it goes onto the same theme of functional but also beautiful,” Hwang said about the new selector switch.

He quickly took us by the TriggrCon stage, where manufacturers attended a seminar on affiliate sales. “It’s something that everybody uses but that we as industry still suck at,” he said.

Many manufacturers use shows like these to expand their knowledge in arenas outside of firearms, and with a focus on technology and innovation, TriggrCon is the perfect place to do so. 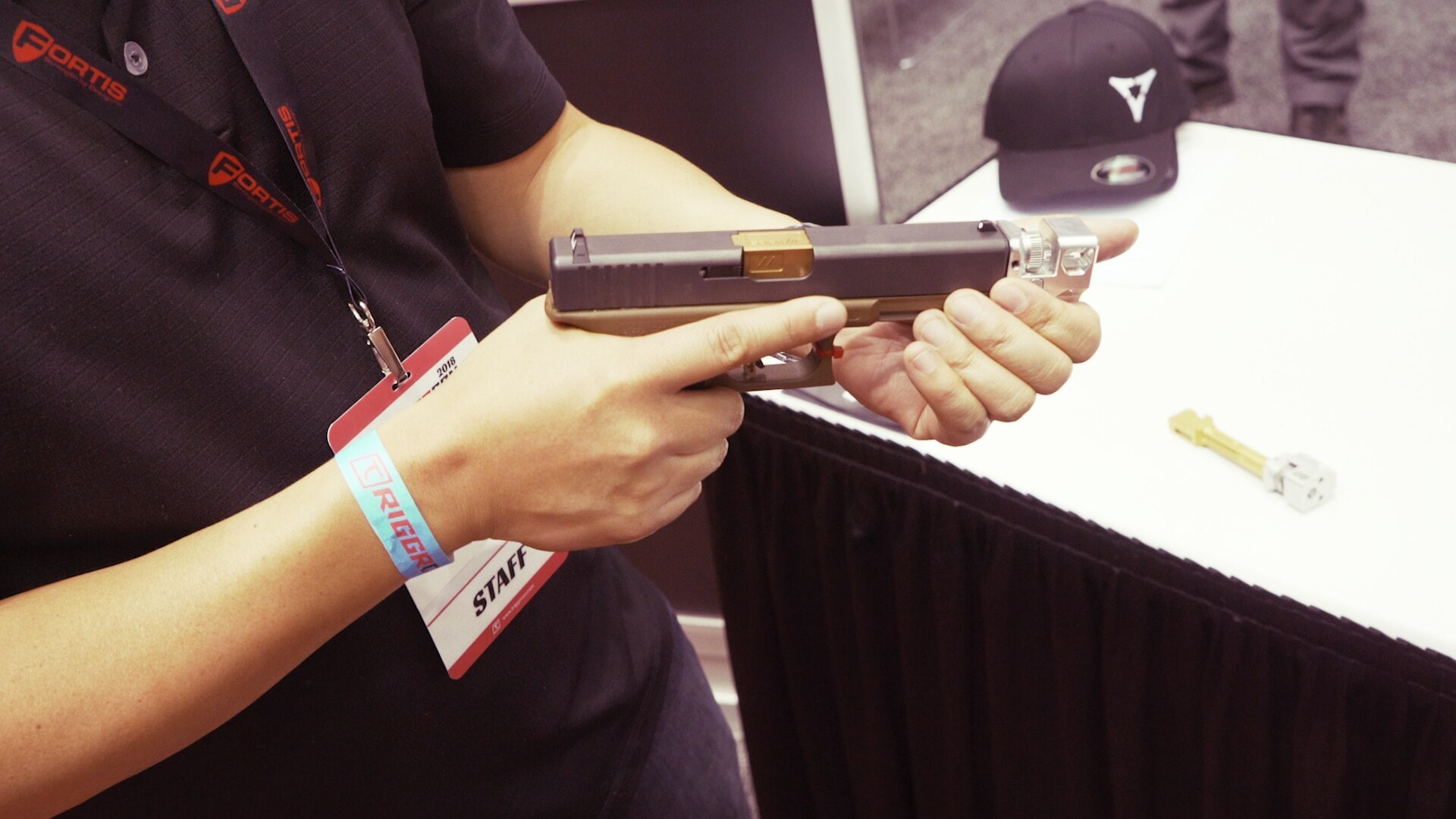 The comp from Killer Innovations is tooless and shoots flat (Photo: Scott Gara/Guns.com)

Finally, we ended out the trip around the show floor with stopping by the Killer Innovations booth. There we checked out the companies much talked about, highly anticipated, Glock compensator they were releasing. This is the type of innovation that Hwang was talking to us about in a previous interview. This is a tool-less compensator that indexes onto their barrels and shoulders every time. This will ensure that the compensator doesn’t float around or become loose.

“When you shoot this thing it’s so flat, it just bounces back on cadence every time. I got a chance to shoot it yesterday, absolutely love it. This is going to be a game changer in the industry in my opinion,” Hwang said.