Magpul’s precision rifle chassis, the Magpul Pro 700, is rolling out the factory and onto dealer shelves according to the company. Announced back in January, the Pro 700 Chassis was a pet project of the Magpul team for four years. The company said they’ve been developing it, evolving it an tweaking it to make sure it was just right prior to release. 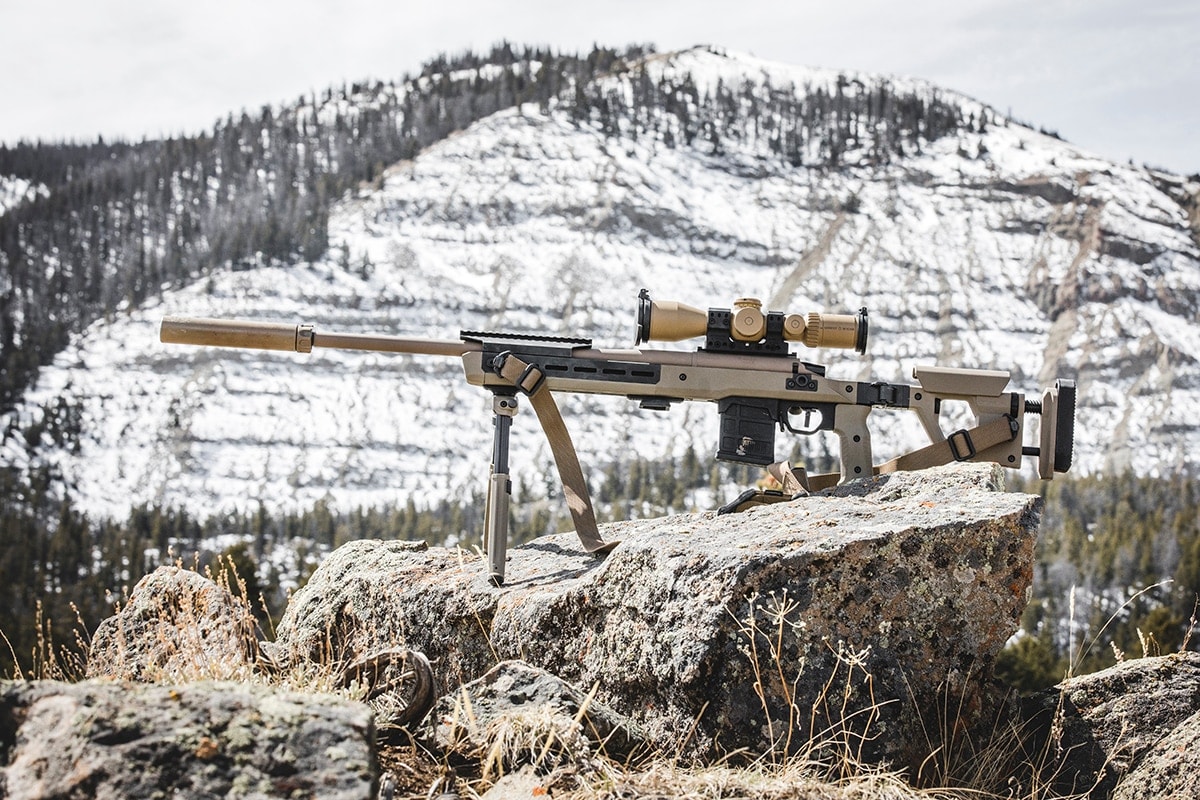 Built on Type III hard anodized 6061-T6 billet aluminum, the chassis comes swathed in Magpul polymer for a more ergonomic feel. The chassis boasts a fully ambidextrous design, accommodating both righties and lefties, by allowing the bolt-cutout plate to be swapped to either side of the action. The cheek-riser and hinge, on the folding version, are reversible as well giving left-handed shooters the full experience.

Overall adjustments total up to 13.25 to 15.125-inch length of pull while comb height features a 1-inch adjustment range and the cheek riser can move into three different positions. Magpul tops off the Pro 700 with M-LOK slots for accessories.

Limited quantities will be released through Magpul’s website with more inventory introduced as production kicks into full swing. Available in black, FDE and ODG, the Magpul Pro 700 rifle chassis retails for $999.95.

The Pro 700 offers an adjustable style suited for both left handed shooters and right. (Photo: Magpul)