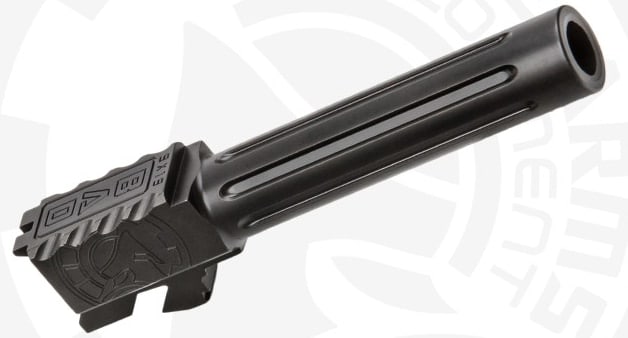 The ONE:1 Barrel not comes in a straight fluted version for gun owners living in states that require a non-threaded barrel. (Photo: Battle Arms Development)

The Straight Flute ONE:1 Barrel is, you guessed it, a non-threaded version of the company’s One:1 Barrel which made its debut in May at the National Rifle Association’s Annual Meeting in Dallas. Setting itself apart, the ONE:1 Barrel uses a “revolutionary machining process” to achieve the One:1 barrel.

“It utilizes a revolutionary machining process where one machine comprehensively machines every part of the barrel from beginning to the end, which minimizes human error and maintains ultimate dimensional accuracy,” Battle Arms Development said in a statement on social media.

The ONE:1 Barrel is compatible with all Generation Glock 19 barrels, including the new Glock 19X. Offering a Melonite QPQ Black Nitride finish, the barrel features an 11-degree target crown and twist rate of 1:10.

The non-threaded barrel is currently available from Battle Arms Development with a MSRP of $199.