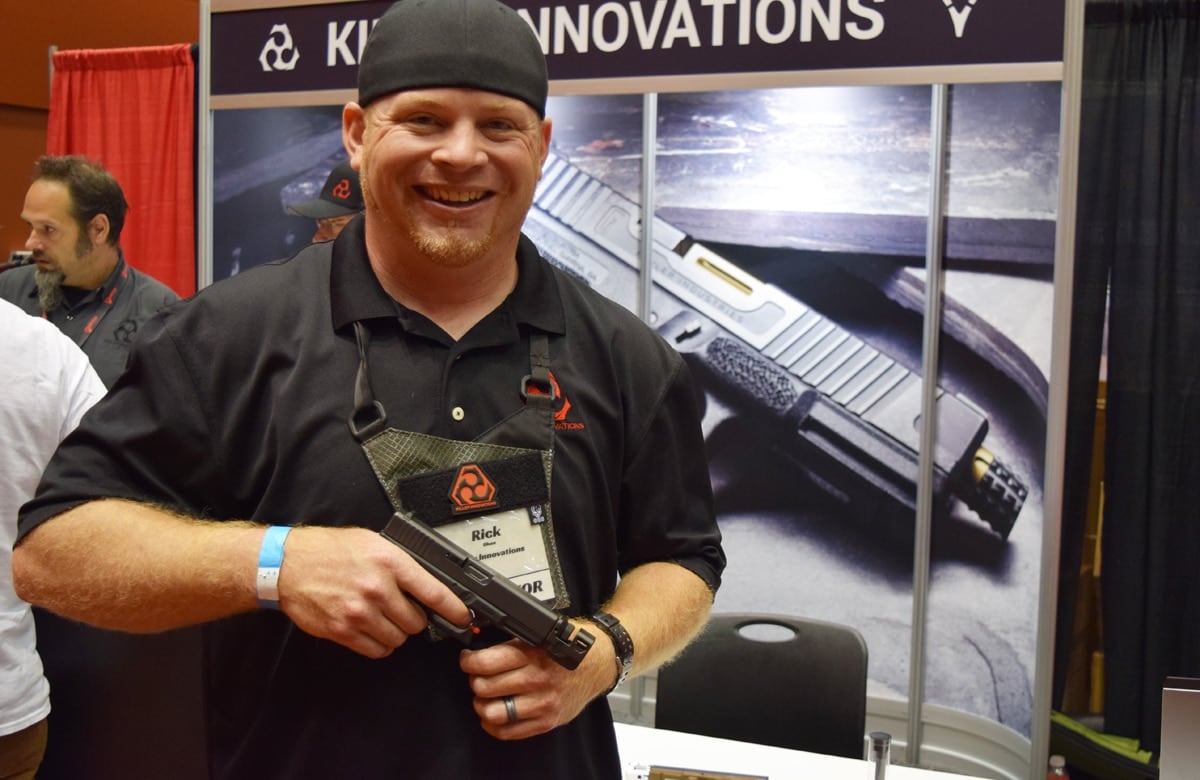 Tumwater-based machine shop Killer Innovation put on display their technical prowess at the 2018 TriggrCon show in Bellevue, Washington last month. Co-owner and company president Rick Olsen said if attendees took away anything from visiting his booth, it would be that. “‘Killer Innovation,’” he said. “That’s all we do.”

“My whole thing with any product we design is I want to make it better than anything else that’s on the market. I want to make it look good. And I want it to be just a little bit less expensive,” Olsen said. “If I can’t hit that criteria, I’m not going to build it.”

He explained that his company looks for new ways to solve old problems. Killer Innovation makes an assortment of gun parts including rifle chassis, pistol barrels, triggers, mag wells, base pads and thread protectors. But at the show, they highlighted their Glock barrel and a new accompanying muzzle brake.

The items stand out because of their craftsmanship, Olsen continued. To rifle the barrel, Killer Innovation used a process called “single-point cut,” which is typically reserved for precision rifles. “I’m going in and out of the barrel 120 times to create the rifling but each groove is being cut with the exact same tool, so there’s no variance in width or depth inside the bore, so the bullet feels that as a much more balanced and symmetrical rifling system,” he said. 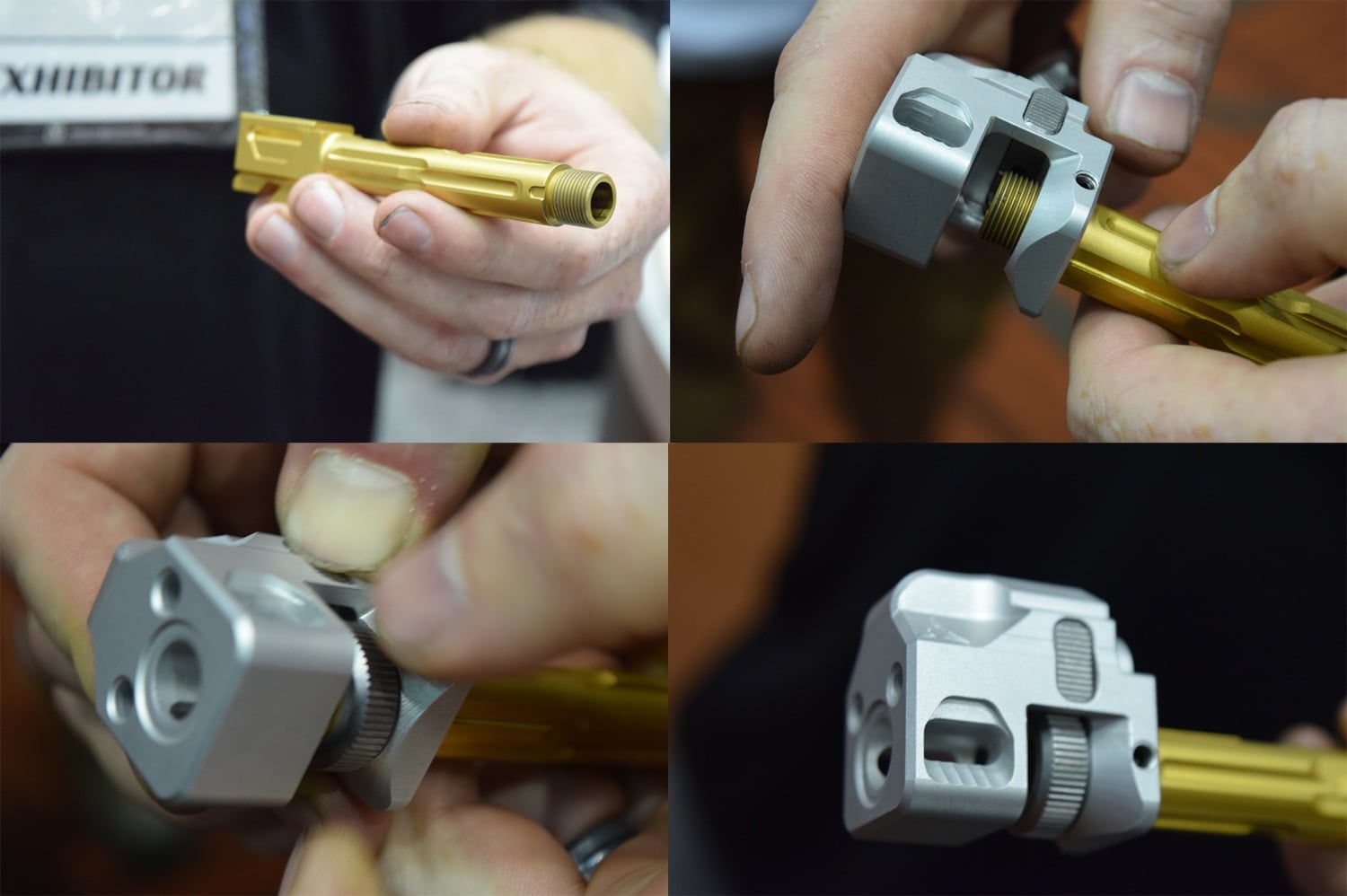 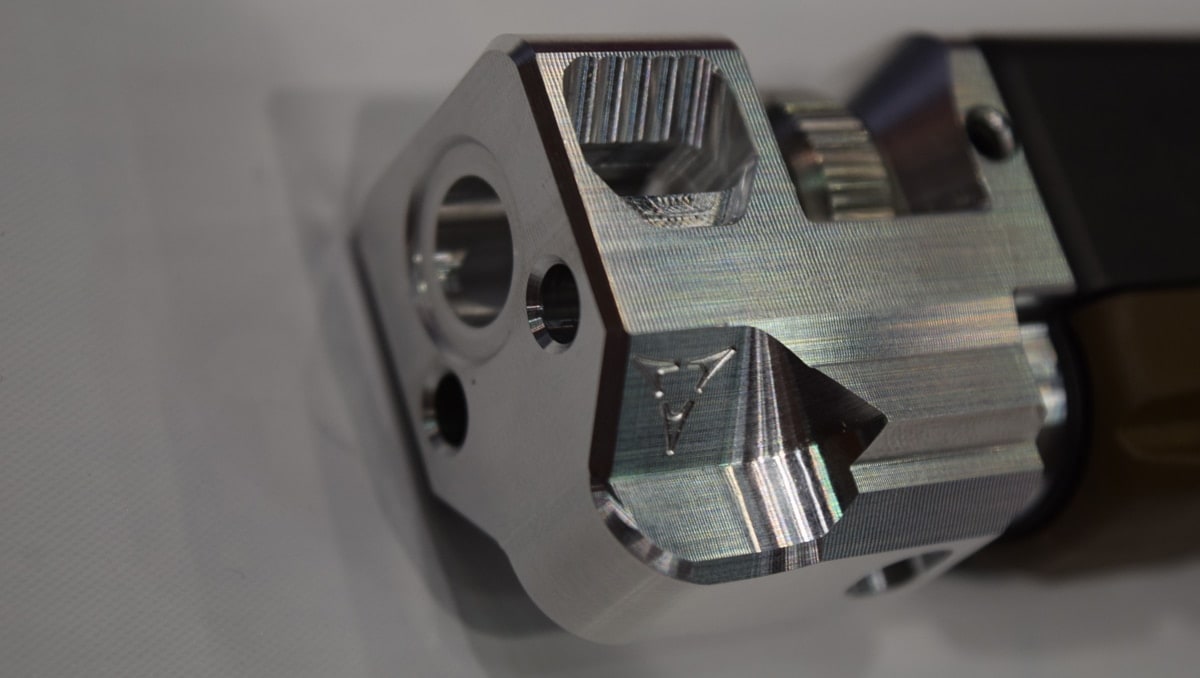 The technique has a “drastic” effect that makes Glocks “very, very accurate pistols,” Olsen said and suggested at a long distance with sandbags you could shoot a 1-inch group. Common processes for rifling a barrel, Olsen added, are very quick and less effective.

For the Glock brake, the device screws onto the barrel with a locking ring rather than just screwing directly on. Olsen explained he wanted the device to “shoulder all the way back against the barrel” instead of spinning onto it until it times with the slide. In the latter scenario, other moving parts like the slide could cause the brake to move out of alignment.

“Firearms are all about alignments and concentricity and things like that and so many times in the pistol market that stuff gets thrown out the window because everybody’s like ‘well, a pistol doesn’t need to be accurate.’ Bullshit,” Olsen said. “You got this much distance to get that bullet flying in the right direction.” 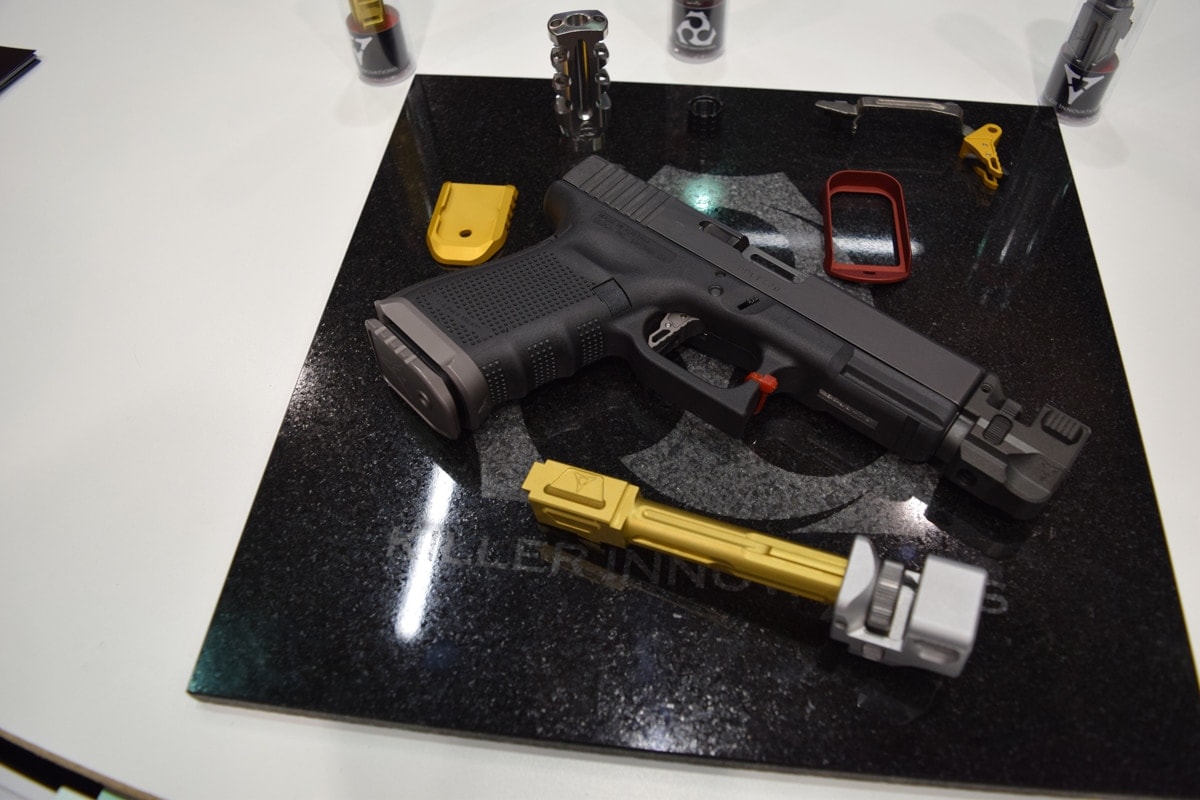 A handful of Killer Innovation’s products on display at the company’s booth during TriggrCon 2018. (Photo: Daniel Terrill/Guns.com)

He explained the locking ring keeps the brake attached to the barrel so it stays in alignment with the rest of the gun. “I tuned the piss out of this thing. I took three months playing with ports, adjusting them, trying to get the balance, get maximum recoil reduction, as little muzzle flip as possible but still letting the thing cycle and trying to get the balance right to where when you’re in rapid fire that front sight is falling right on target for the next shot,” he said.