John Garand's own presentation M1 rifle up for auction (VIDEO)

The historic 1-millionth M1 Garand, presented to the inventor by Springfield Armory on his retirement, will go home to one lucky bidder next month.

Canadian-born firearms engineer Jean Cantius Garand went to work at the U.S. Army’s Springfield Armory in 1919 and age 29 and remained on the job until he retired in 1953. While he had a hand in a number of projects over that 34-year period, it was his semi-auto M1 rifle, adopted by the military on the eve of World War II, that he is best remembered for. Rather than send Garand off with a gold watch at his retirement party, Secretary of Army Robert Stevens authorized SA to give him one of their noteworthy M1s from the arsenal’s museum. 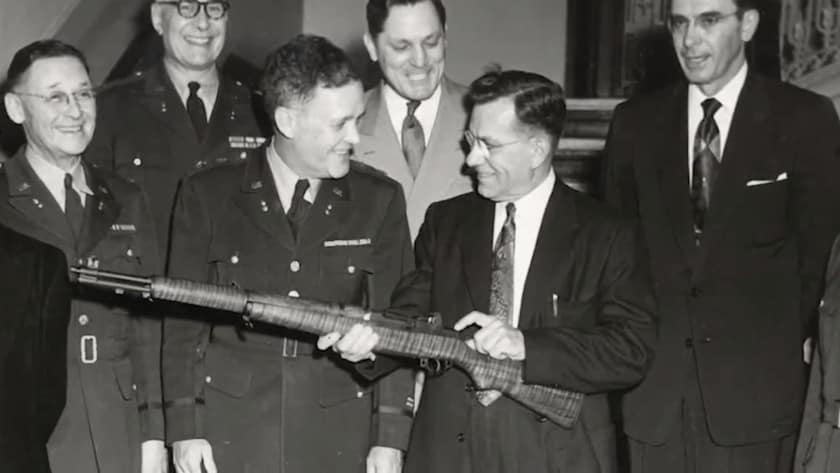 Secretary of Army Robert Stevens presents John Garand with the millionth M1 Garand rifle at his retirement in 1953. Other than his salary, it was the only payment he received for his invention from the Army, having waived his royalty rights. (Photo: RIAC)

The gun they gave the inventor was SN# 1,000,000, an SA-made .30-06 completed in November 1942, scarcely a year after Pearl Harbor. Inscribed as such, Rock Island Auctions, who is offering the historic national treasure at their September premier event, says the rifle is “mounted in the most beautiful, highly figured, regular production M1 Garand stock and handguard sets we have ever seen.”

The rifle remained in the family after Mr. Garand’s death until it was acquired by NRA President Allen Cors in 2003, who has it up for auction.

Guns.com caught up with the iconic 8-shot battle rifle earlier this year in Dallas, and it was truly inspiring. 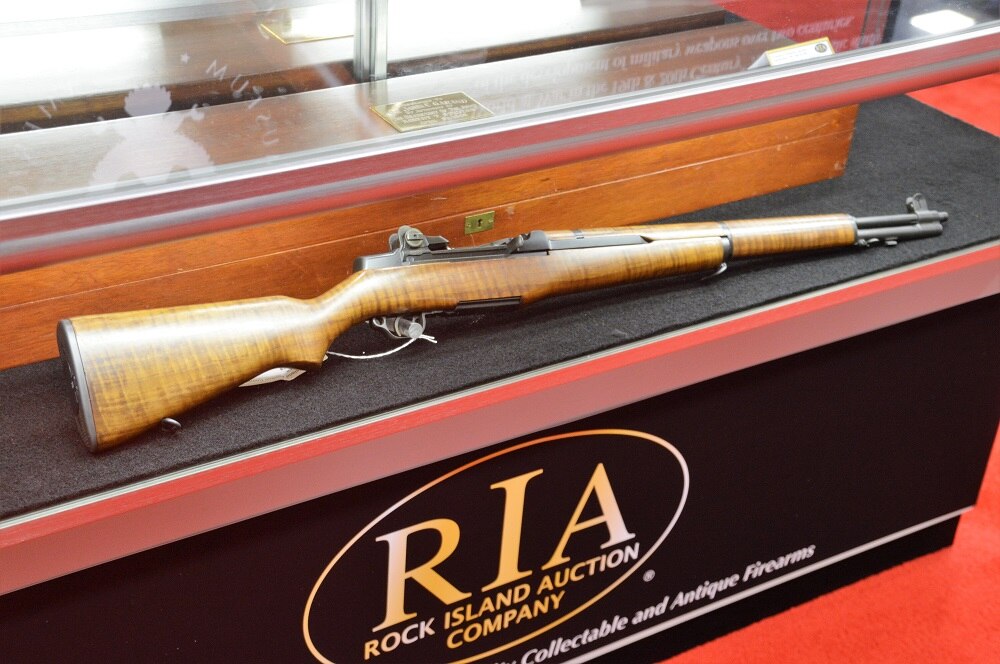