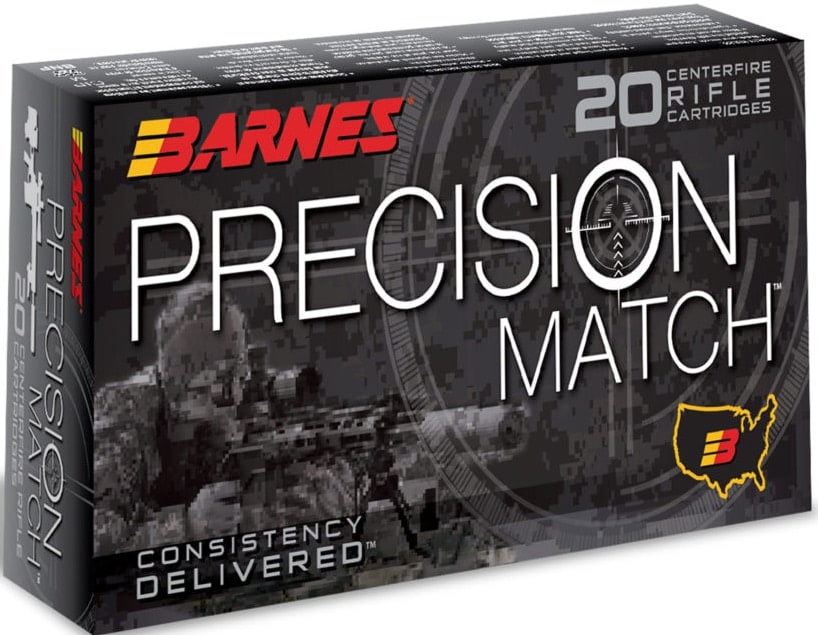 Barnes Bullets adds to its ammo series, launching new calibers in its Precision Match lineup to include .260 Remington, 6mm Creedmoor and the ever-popular 6.5 Creedmoor.

Barnes loads each box of new.260 Remington, 6mm Creedmoor and 6.5 Creedmoor ammo with a QR code located on the back of the box. This Qr code allows owners to view Doppler radar generated drop tables for each specific load.

The new Precision Match rounds from Barnes Bullets ship 20 to a box and retail for $33.