Parkland shooter says he deserves to die in testimony transcript 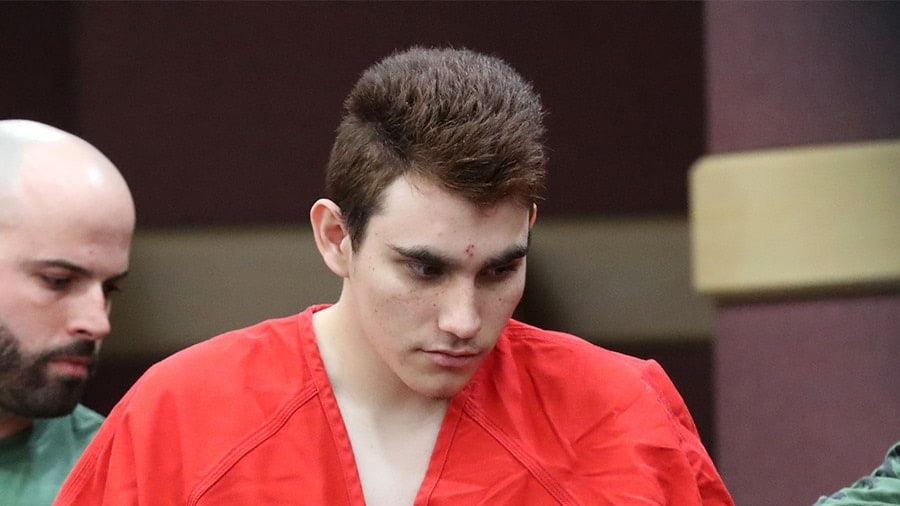 The teenager accused of murdering more than a dozen people at his old high school in Parkland, Florida earlier this year said he “deserved to die” while confessing to law enforcement, according to transcripts released this week.

Nikolas Cruz, 19, muttered about self-harm during an interview with Detective John Curcio, of the Broward County Sheriffs Office, in the hours after the Valentine’s Day shooting at Marjory Stoneman Douglas High School. Seventeen people died and 17 more sustained injuries after Cruz stalked the halls of the 1200 Building, armed with an AR-15 and a black duffel bag full of ammunition.

“I want to die. At the end you’re nothing but worthless shit, dude,” Cruz said to himself after Curcio stepped out of the interview room. “You deserve to die because you’re fucking worthless and you fucking (unintelligible) everyone. I want to die.”

Schools officials expelled Cruz last year over disciplinary issues, including a fight over an ex-girlfriend he described as “the love of his life.” His documented behavioral and emotional disabilities meant he struggled to fit in after the district approved his transfer to Stoneman Douglas from an alternative school in January 2016. He admitted feeling lonely and isolated, with no friends.

Cruz told Curcio a demon voice in his head encouraged him to “burn, kill, destroy.” He considered gunning down people at a park three weeks before the shooting, he said, but resisted the urge. He claimed he shot chickens and birds with pellet guns to appease the voice — a fixture inside his head since his father’s death in 2005 — and would cut himself every time he disobeyed.

It was also the demon voice, Cruz alleged, that coaxed him into buying the AR-15 used in the attack “because it looked cool.” He also admitted owning three shotguns and two additional semiautomatic rifles, stored in a safe at a friend’s house.

Cruz admitted using Xanax and marijuana recreationally to ease his anxiety and silence the evil voice. He told investigators he twice attempted suicide — once through an alcohol binge and again, after his mother’s sudden death from pneumonia in November via over-the-counter pain relievers, including Ibuprofen and Advil.

Still, he never sought medical treatment for the voice or told anyone — save his younger brother, Zack — about his mental health struggles. Curcio questioned why he never asked a doctor for medication to quiet the evil thoughts.

“I personally think you are using the demon as an excuse,” Curcio told Cruz during the interview. “You could have stopped the demon anytime you wanted. You didn’t want to stop the demon.”

Cruz faces the death penalty, although his defense team tells the Sun Sentinel he will plead guilty in exchange for multiple life sentences.