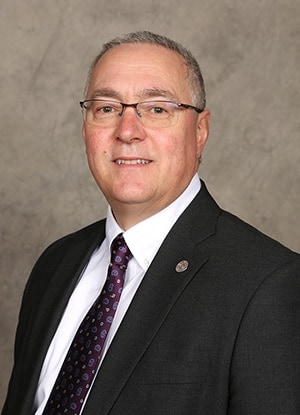 Bartozzi will take over for Steve Sanetti, president of the National Shooting Sports Foundation, as of Sept. 10, according a news release published Wednesday.

Bartozzi joined Mossberg in July 1986, winding his way through a myriad of positions including quality engineer, quality manager, product service manager, director of technical services, director of manufacturing operations and corporate attorney.  Certified as a range safety officer by the National Rifle Association, SHOT Business magazine twice nominated him as “Person of the Year” in 2013 and 2014, according to the NSSF.

“I’ve had a tremendous career thus far at Mossberg, one for which I’m most thankful,” he said. “As difficult as it is to leave that fine organization after 30 years, it is an honor to now take on a leadership position that will work to successfully conquer the challenges and seize the opportunities before us for the benefit of all our industry members.”

Bartozzi also serves as Chairman of the Board of Directors of the Sporting Arms and Ammunition Manufacturers’ Institute; Treasurer and Member of NSSF’s Board of Governors; Board Member and Chairman of the Governance Committee of the Council to Advance Hunting and the Shooting Sports; Committee Member for the American Society of Testing and Materials; and Technical Advisor to the Association of Firearm and Tool Mark Examiners.

Sanetti will remain CEO until his retirement in late 2019, at which time Bartozzi will transition into the role.

“I have known Joe Bartozzi for more than 20 years, on both personal and professional levels, and I believe he is an exemplary choice for this important position,” he said. “I know that he will work extremely hard to further our mission for the benefit of our industry and its customers, and I am very much looking forward to working together with Joe during this transitional period in the coming year.”