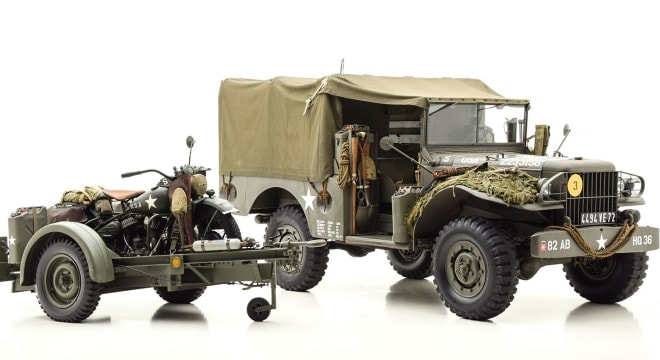 If you have a space in your driveway for a matching set of 1943 military vehicles, we know a guy. (Photos: Hyman Classic Cars)

A classic car broker wants to make a deal on a 3/4-ton four-wheel-drive workhorse and its companion Harley, both with a pedigree from The Greatest Generation.

Hyman Classic Cars in St. Louis, Missouri is advertising a package deal that includes an immaculate Dodge WC51 truck pulling a Harley-Davidson WL motorcycle behind it. While the trailer is a replica, both the Dodge and Harley date to 1943, the strategic heart of World War II that saw the tide turn in favor of the Allies after key victories at Stalingrad, Guadalcanal and the invasion of Sicily.

These war babies look like they are ready for D-Day and are loaded with increasingly hard-to-find embarkation equipment such as period shovels, ax, camouflage netting, jerry cans, and armament cases– to include a leather rifle bucket on the front forks of the bike and canvas cases in the WC51. 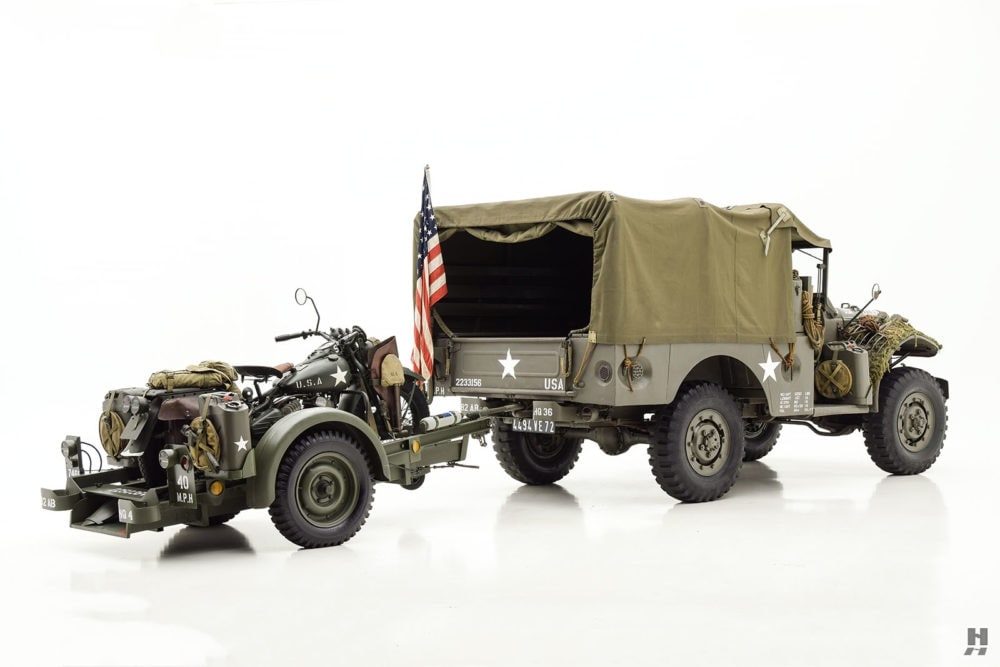 Together the pair make an instant 4th of July parade 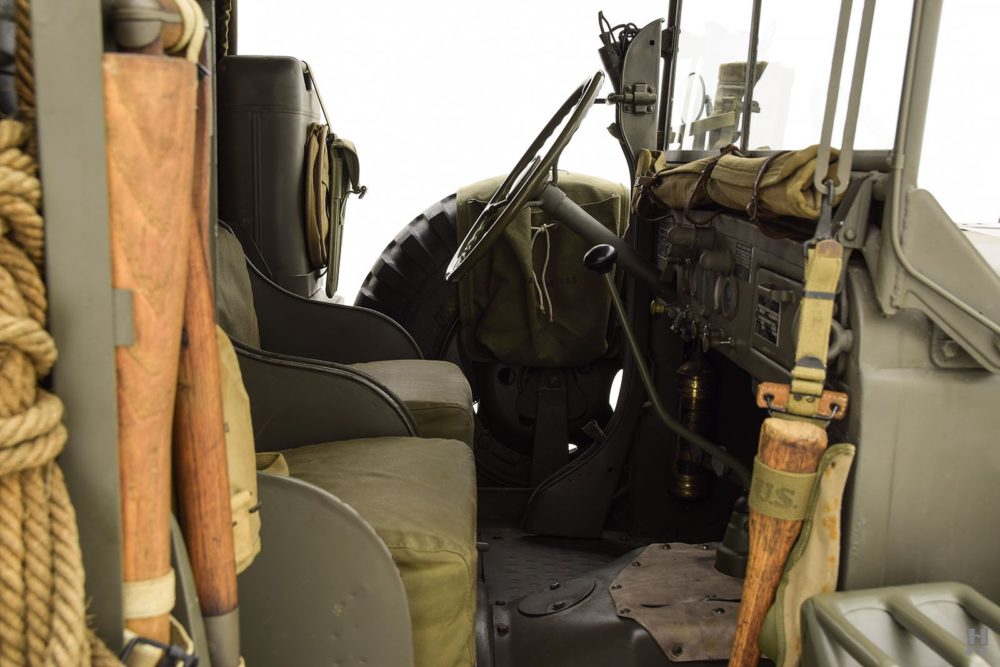 According to Hyman, the canvas seats, accessories, and markings are highly authentic and accurately represented. 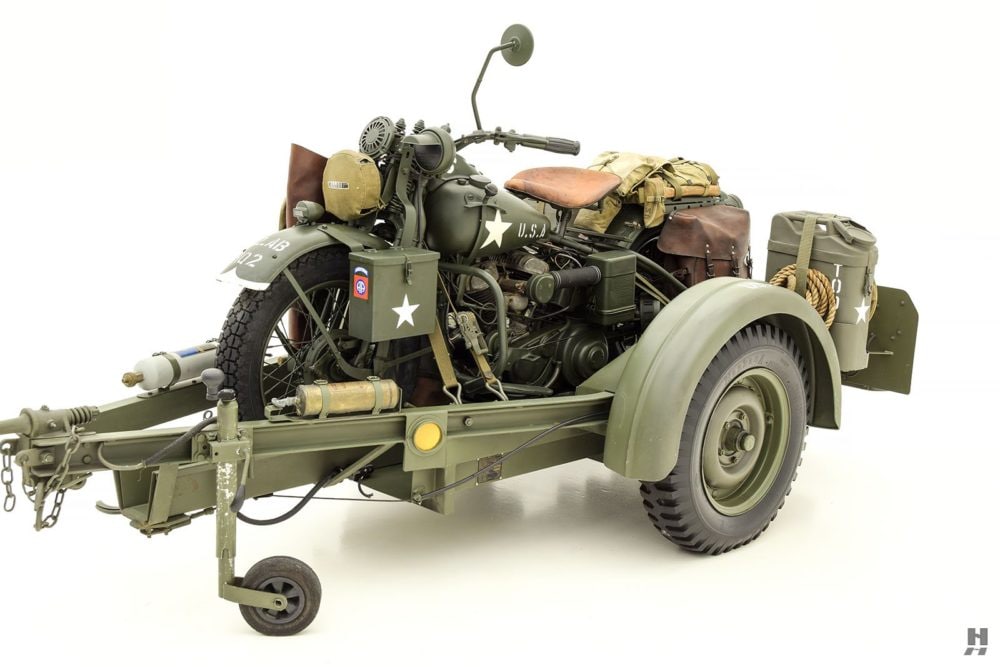 The dealer says “The Harley Davidson WL was discovered years ago in a barracks, in a highly original state. The previous owner carefully restored the bike with just about every available accessory for the day, while still respecting the highly original condition.” 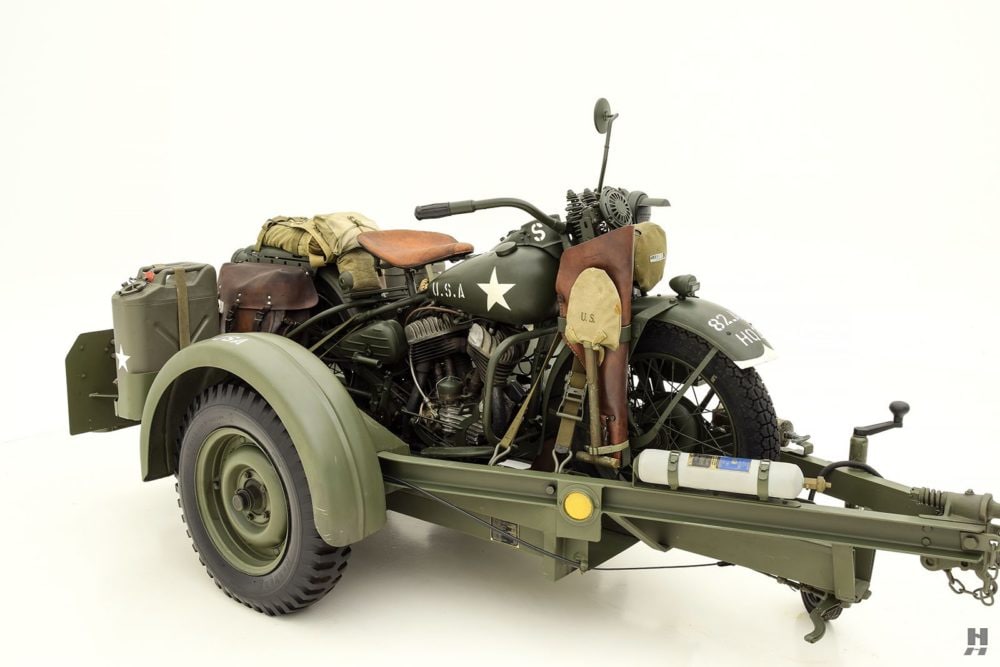 The Harley has unit markings and colors of the famous 82nd Airborne Division. The “All Americans” saw hard service in the conflict from seizing the Ponte Olivo airfield northeast of Gela, Sicily in 1943 to a night parachute drop onto the Salerno beachhead, landing on the beach at Anzio, dropping into Ste Mere-Eglise and Carentan in Normandy on the pre-dawn hours of D-Day and carrying the fight all the way to Germany, taking part in the “Bridge too far” of Operation Market Garden and surviving the Battle of the Bulge. 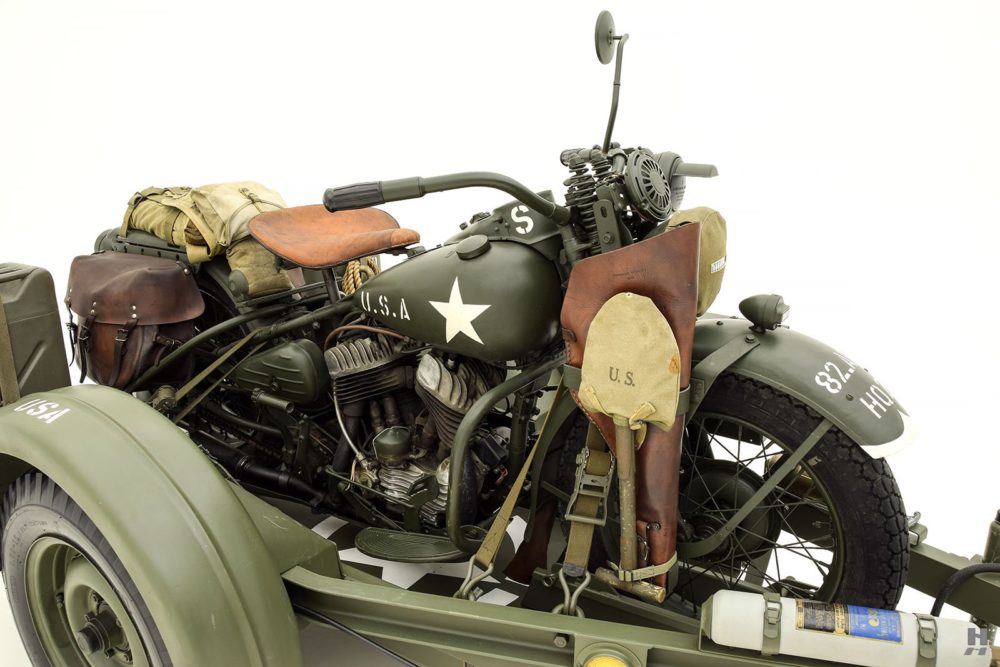 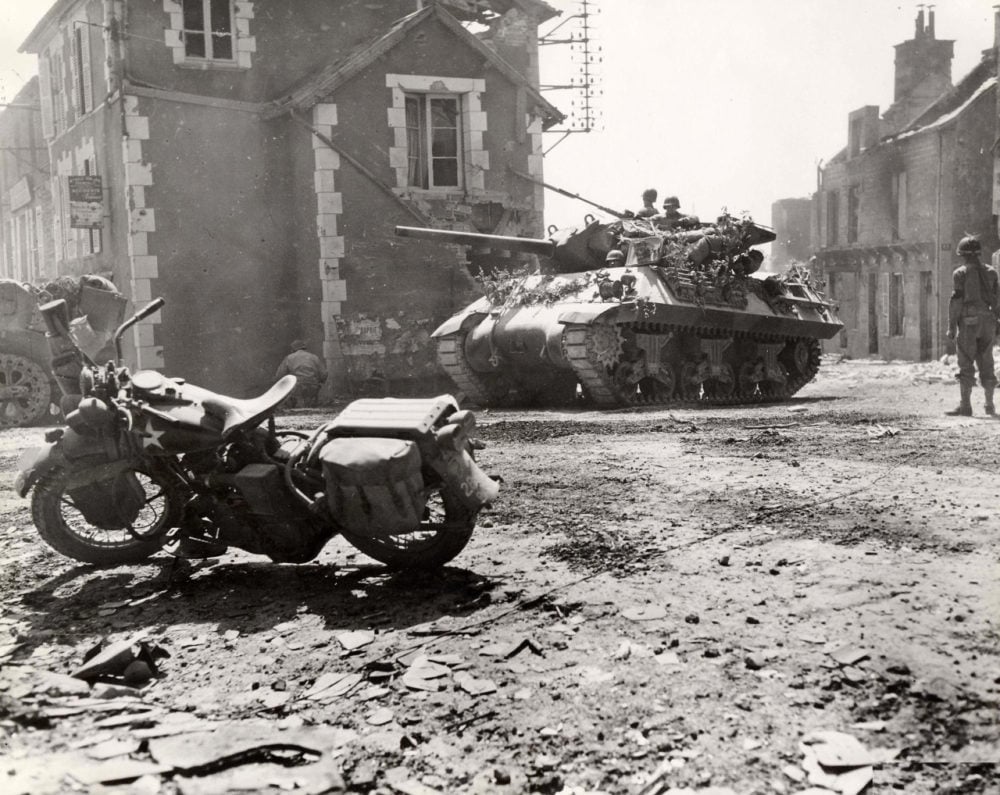 A WWII U.S. Harley-Davidson WLA motorcycle somewhere in Northern Europe in 1944-45. Note the stock in the rifle bucket. Also, an M10 tank destroyer is making a cameo in the background. 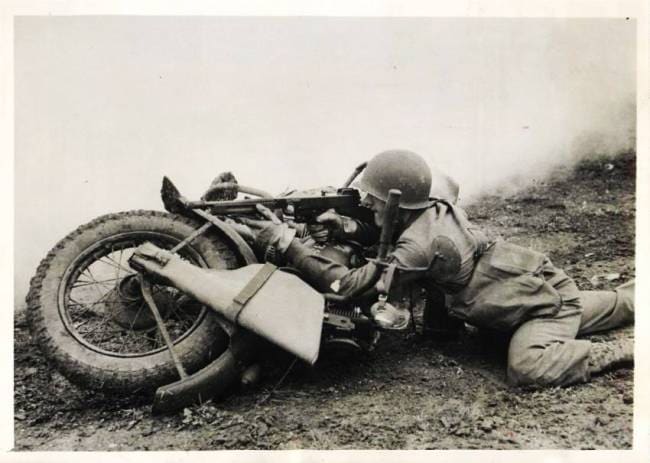 Price on the set up is just under $70K, Garands, Thompsons, M1 Carbines and M1911s not included. 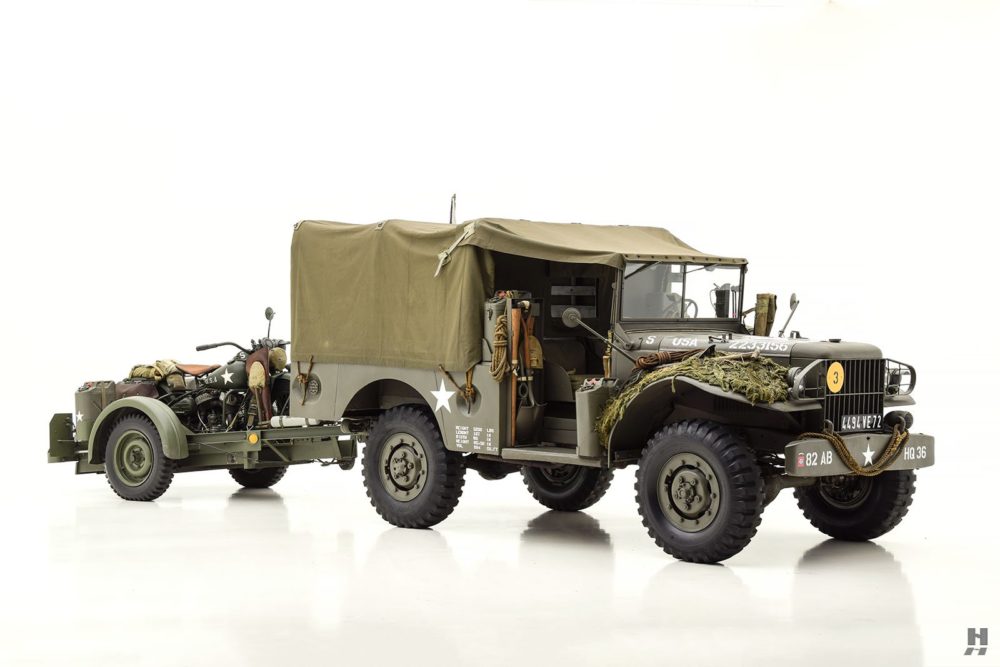