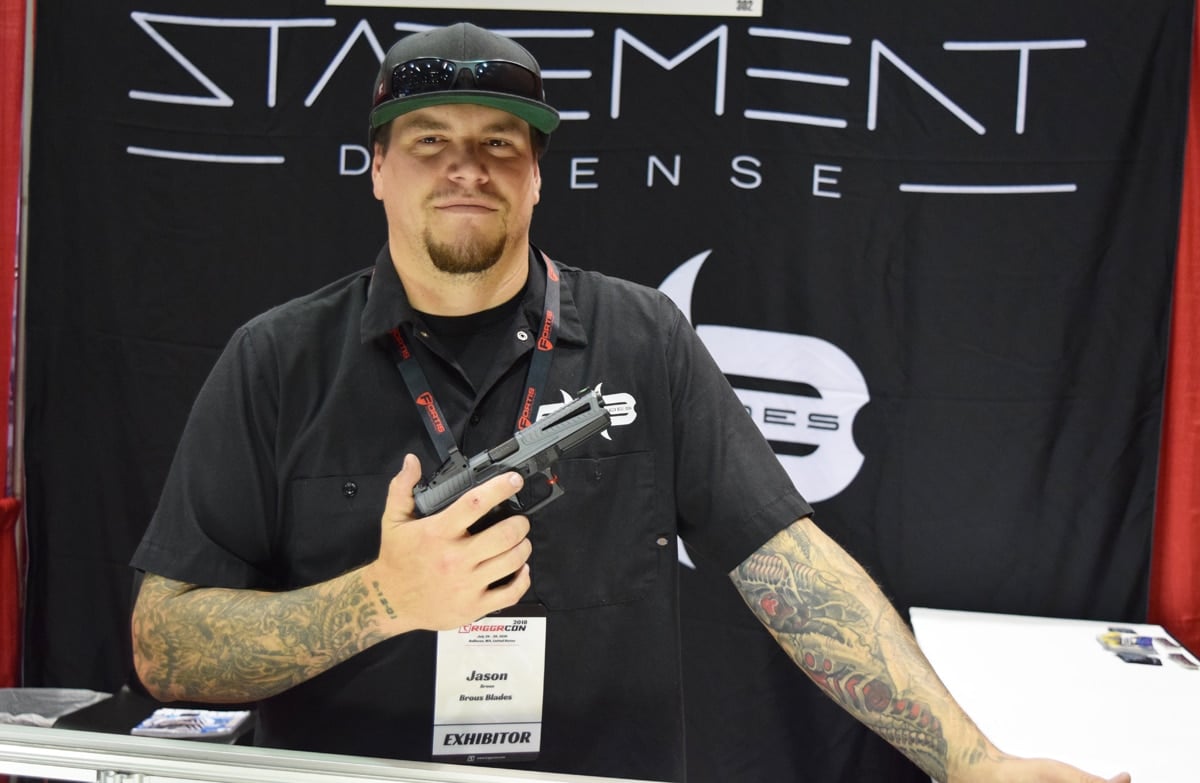 Jason Brous, owner of Statement Defense and Brous Blades, at his booth during TriggrCon 2018 in Bellevue, Washington. (Photo: Daniel Terrill/Guns.com)

At a convention center full of people wearing tactical pants and tight T-shirts, Jason Brous looked slightly out of place in a baggy black bowling shirt and flat-billed cap during last month’s TriggrCon. But his customized Glocks tagged with his signature aesthetics fit right in.

“Glocks are like legos for grownups. Everybody likes to put together their own kind of sauce. You know what I mean?” Brous said. “We do complete guns because we find that some people just don’t even want to assemble them or put them together or send pieces out, they just want to buy one that looks good and is ready to go.”

After a decade in the knife business, the Santa Barbara-native launched the brand Statement Defense in January to offer customized Glock pistols with high-end modifications. “I like guns and I wanted to make money doing something I like,” he said, explaining why he opened the shop. “That’s how I started the knives, too.”

Describing his process, Brous said he tinkers with Original Equipment Manufacturer (OEM) parts until he makes it “look different from what’s out there.” Once he has the design on paper, he enters the concept into computer aided design software for more tinkering. “I have an awesome CAD guy who is also able to take ideas from paper and in my head and he’s kind of like OCD, so for him his angles have got to match and everything has got to be perfect.” 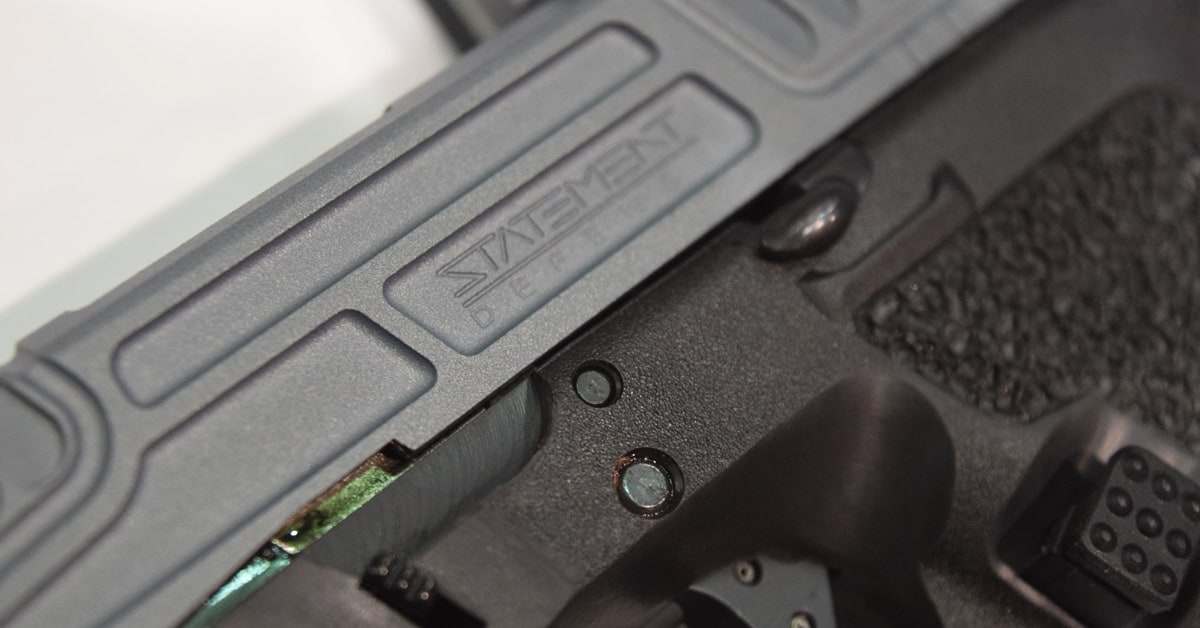 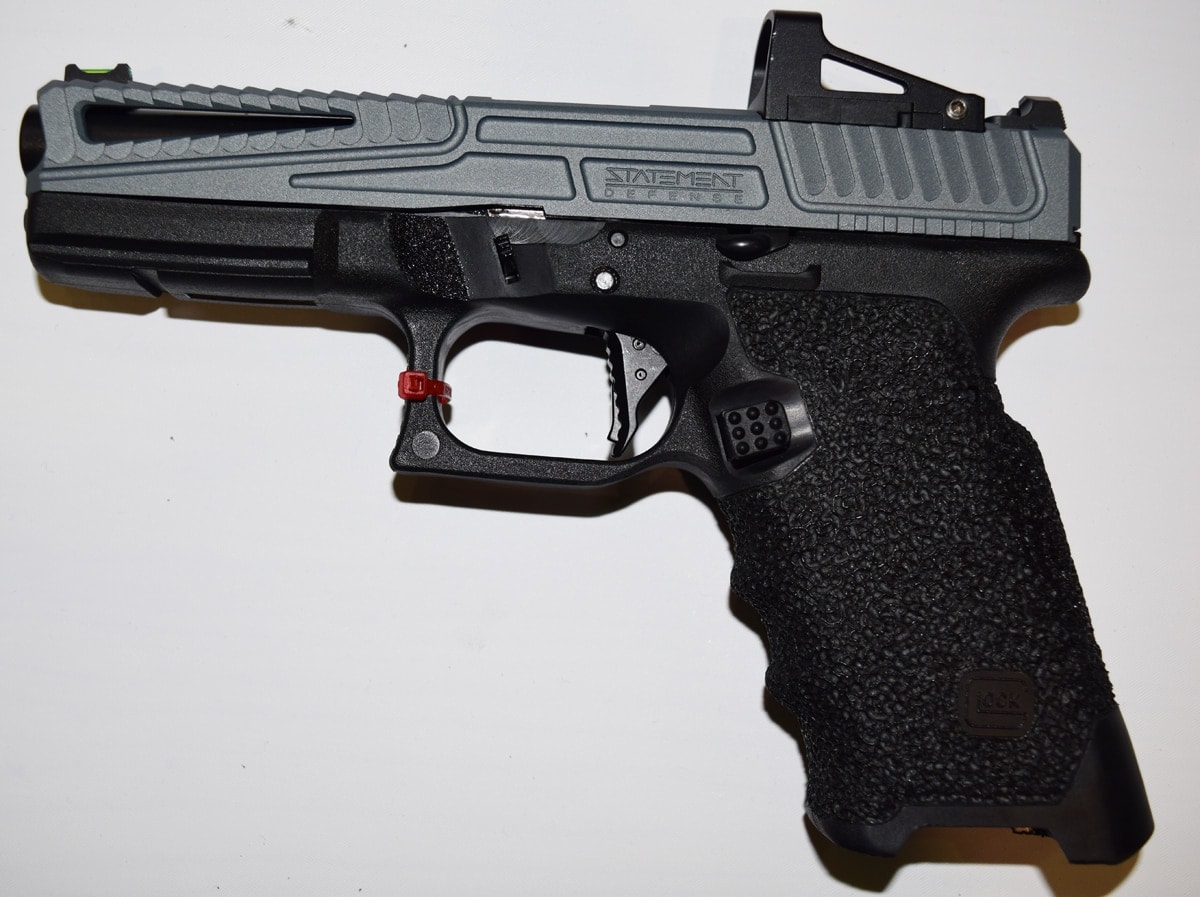 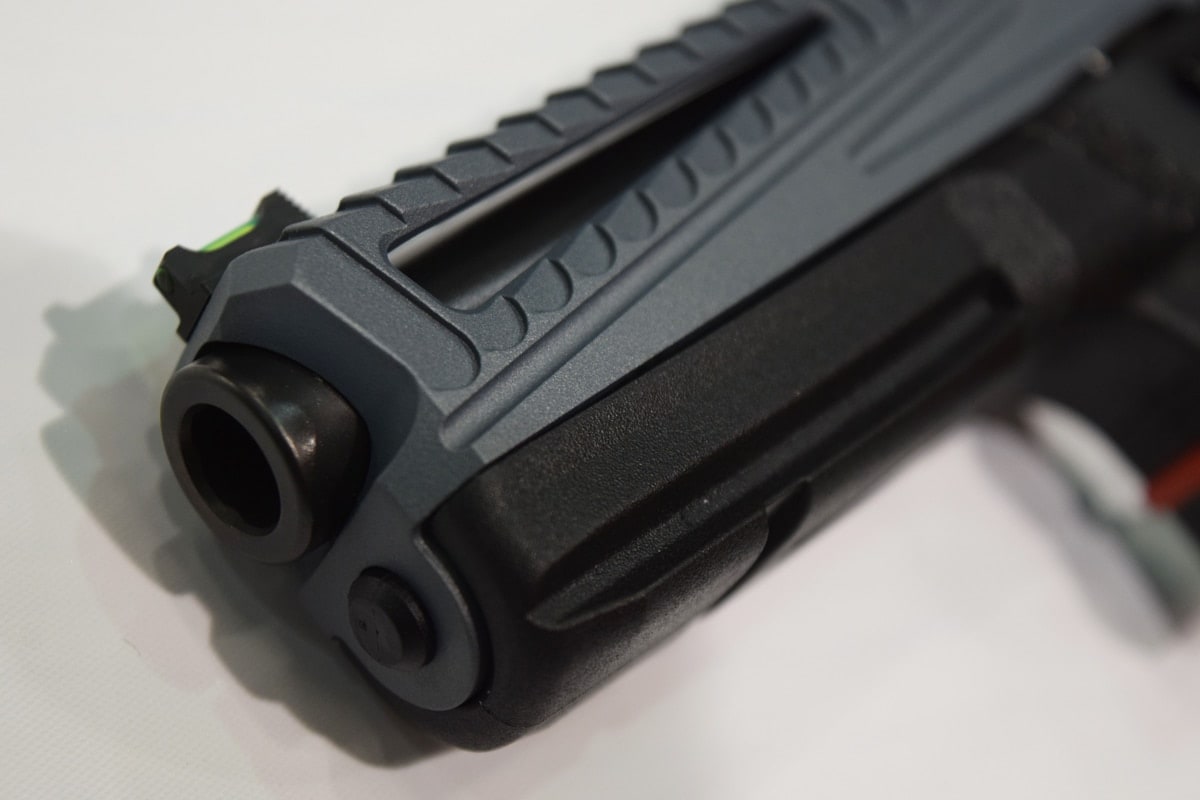 Holding up the display model, Brous pointed at the rear slide serrations and explained most companies avoid machining them. “There’s a very thin wall right here, so the fact that I’m able to take an OEM slide, mill off most of those serrations and then mill these serrations at this angle deeper, is kind of like ‘why would you ever do that?’”

But he said he does it to fit all the “crazy serrations” that stand out. However, he focuses on them for practical purposes as well. “One of biggest issues with an OEM slide is it’s all slippery, so if you go to do a press check and you slip, you can actually get pinched and it could cause malfunctions that way and stuff,” he said.

That sort of craftsmanship takes time, though, as Brous explained. “You have to pay attention really closely, you have to take measurements, you have to know how to use precision calipers and micrometers — you have to know machining for a least more than 10 years,” he said.

Brous is a third-generation machinist. He learned the craft from his dad and grandpa, who owned a shop where they made parts for medical devices. “I actually hated it when I was younger because I wanted to go out a play with my friends, but my dad was like ‘you need to learn this stuff’ and I was like ‘I don’t want to’ but I’m kind of glad that he forced me to because now I have a leg up because I know how to do all that stuff and I can do it by myself,” he said. 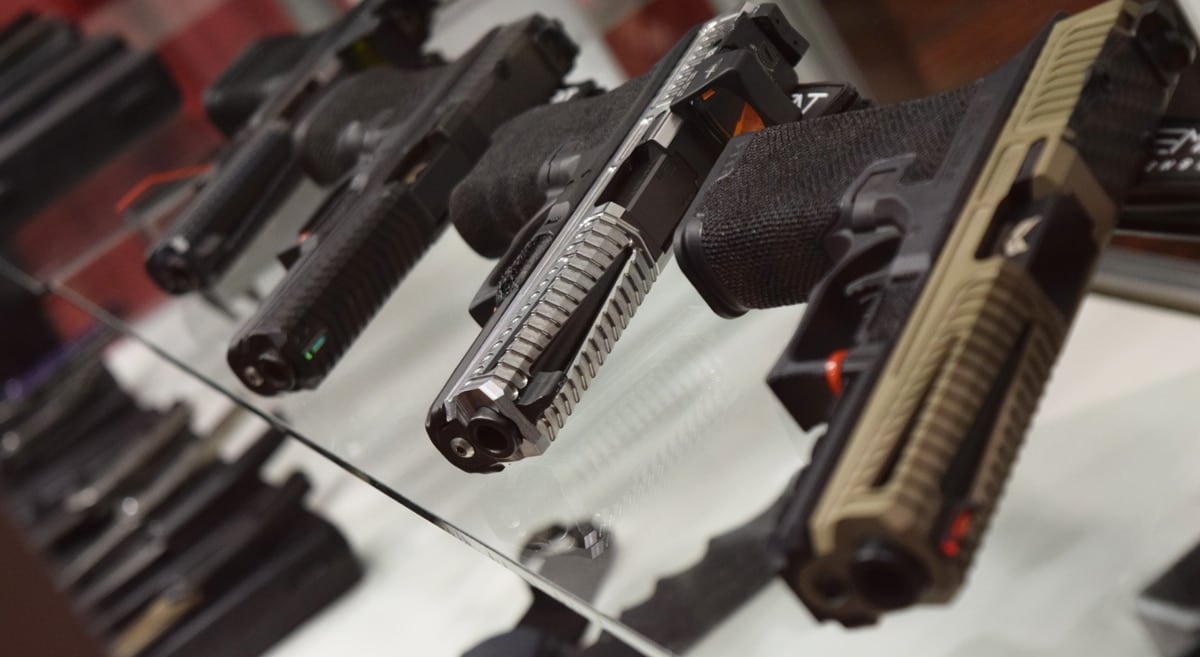 Other aesthetics on Brous’s design that stand out are the optional slide window cuts, grip stippling, which is done one dot at a time, and drilling for a red dot, but he also modifies the guns with a new trigger and trigger guard, magwell, sights, finish, and polishes internal components. Completed pistols — Glock 17s or 19s — by Statement Defense fetch for between $1,500-$5,000, but Brous said OEM slide work costs a bit less, ranging between $500-$600, which includes drilling for an optic.

Seven months in, Brous has modest goals for Statement Defense. “We’re still trying to get the name out and stuff like that. I’m not trying to be this billion dollar company in a few weeks, so I want our reputation to grow slowly,” he said and explained that instead of gaining tons of media attention for his products, “I’d rather have a group of guys in a training class watch the instructor shoot this badass gun all day long and no malfunctions, no issues, looks cool, works great. I want that to be the influence on why (people) want to buy one.”