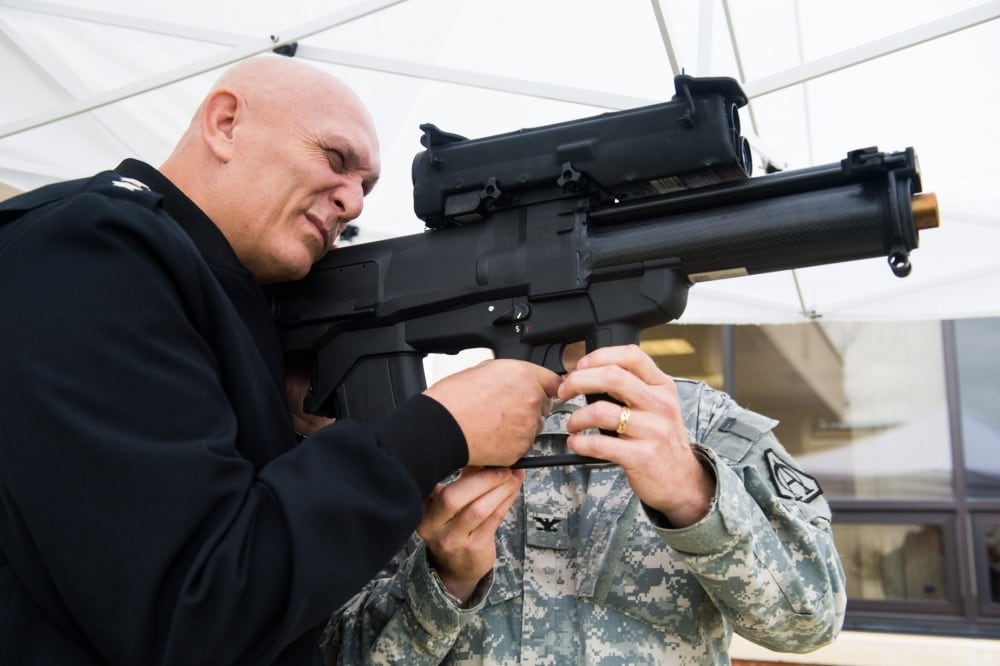 Then-U.S. Army Chief of Staff Gen. Ray Odierno looks through the sight of an XM25 during his visit to Fort Belvoir, Va., Nov 1, 2013. Canceled by the Army last April, it was announced the program was officially ended last week. (Photo: DoD)

The long-touted but unproven XM25 Counter Defilade Target Engagement weapon system has gone down for the count, say Army officials.

Developed by Orbital ATK, Heckler & Koch and L-3, the XM25 CDTE was a man-portable “smart” weapon system designed to fire 25mm high-explosive airburst round set to explode in mid-air at or near the target through the help of a laser rangefinder.

Although fielded in limited numbers for a 14-month period in Afghanistan that ended in 2012, the Army ultimately pumped the brakes on the project in 2016 after a toxic cocktail of cost overruns, failed testing, and malfunctions, which resulted in a lawsuit and finger-pointing between two of the contractors. Now, almost two years later, it has closed the door for good but will keep the technology as well as the prototype weapons, Stars and Stripes reports.

“After canceling the program last year, the Army has since received rights to the program’s research and development,” said Army spokesman Lt. Col. Isaac Taylor. “This is in addition to the 20 existing XM25 systems — to include high explosive air-burst and target practice rounds — that the Army garnered as part of the negotiated settlement.”

Earlier this month, the Pentagon’s Office of Inspector General listed the sputtering XM25 program as part of an ongoing compendium of recommended cost-saving recommendations. In the report, the watchdog notes the Army’s acquisition leadership was in the process of putting the XM25 to bed for good. 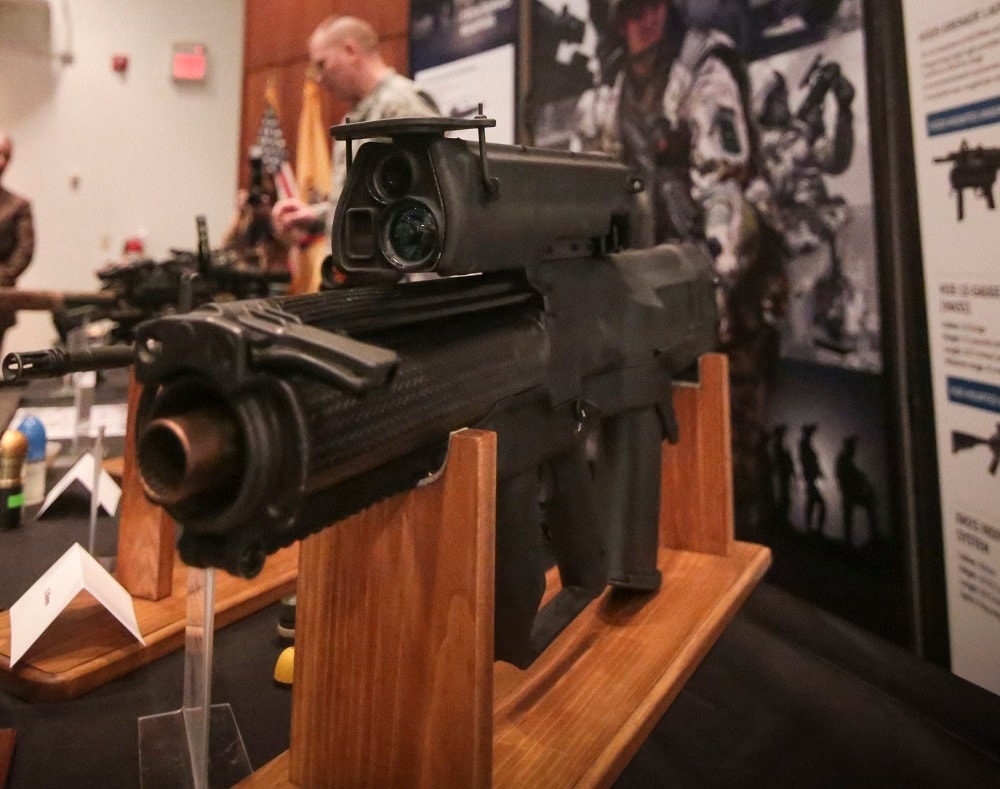 Termed “the Punisher” during its developmental process by those familiar with it, the XM25 used a number of advanced features such as a 25mm round engineered with a small, chip-based sensor to track distance in flight so that the round detonated at a predetermined target. Such an ability with an airburst weapon allowed for scenarios where a user could, for example, designate a building with the laster then target a window to allow the round to explode within the desired room, effectively hitting a target the gunner could not see, such as those hiding behind walls. This was characterized as a “game changer” and even “the biggest change for infantry since World War II.”

Such advanced programs, in turn, allowed the Army to use a mock-up of the XM25 as a recruiting tool at events as far back as 2011. Subsequently, the system went on to appear in a number of first-person shooter video games in recent years including the Battlefield and Call of Duty franchises.