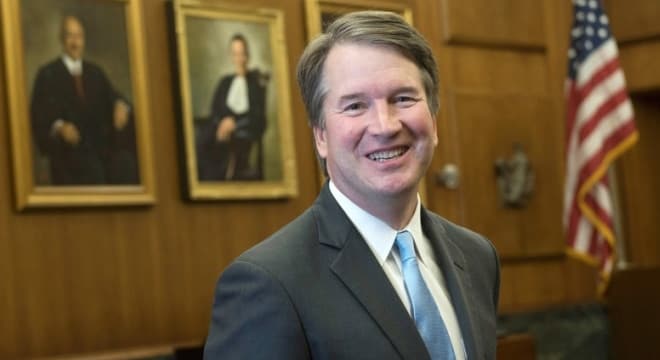 Trump last month nominated Judge Brett Kavanaugh, currently on the U.S. Court of Appeals for the key D.C. Circuit, as his nomination to fill the seat opened on the nine-justice panel with Justice Anthony Kennedy’s planned retirement. With the current Congress set to end in 2019, Democrats are looking to delay the nominee’s hearings, seeking a massive records dump–up to one million pages which can’t be made fully available until the end of October — relating to Kavanaugh’s past positions in the administration of President George W. Bush and in the Office of Independent Counsel during President Clinton’s White House era.

“Scheduling a hearing in early September, while more than 99 percent of Kavanaugh’s White House records are still unavailable, is not only unprecedented but a new low in Republican efforts to stack the courts,” said U.S. Sen. Dianne Feinstein, D-Calf, the ranking Dem on the committee.

With a slim Republican majority going into the mid-term elections in November, committee chairman Chuck Grassley, R-Iowa, is pointing out that lawmakers have already received more than 184,000 pages of records, many of which are being made public. This is an addition to 17,500 pages of material that the nominee submitted and his published court papers in 307 cases that Kavanaugh has played a part in.

“As we have always done when reviewing nominees for lifetime-appointed judgeships, the Senate Judiciary Committee will conduct a fair and comprehensive evaluation of the nominee’s background and qualifications followed by hearings where we’ll hear directly from the nominee as we fulfill our advice and consent responsibility,” said Grassley, who announced the scheduled hearing last Friday.

The rhetoric around Kavanaugh’s past rulings in a number of high-profile Second Amendment cases is providing fuel to both sides of the issue of public gun policy. With his nomination supported by the National Rifle Association, the Second Amendment Foundation, and other pro-gun groups, a major a seven-figure national and regional advertising campaign has been launched to light up the Senate switchboard to confirm him as the next Supreme Court justice.

Meanwhile, gun control groups to include the Brady Campaign, Everytown, Giffords, and the Violence Policy Center are mobilizing their own advocates to oppose the nomination through a variety of social media platforms.

“Judge Kavanaugh has expressed a dangerous hostility toward reasonable gun regulations and made clear he believes the government’s power to address gun violence is extremely limited,” argues Hannah Shearer with Giffords. “Judge Kavanaugh rejects the idea that courts should consider public safety when judging gun cases and would strike down bedrock gun laws like those that restrict civilian use of the dangerous, military-style weapons regularly used in mass shootings.”

Although many rank and file Democrats in the Senate are heeding Minority Leader Chuck Schumer’s call to stand firm on the pending nomination, some Dems such as West Virginia’s Joe Manchin and Missouri’s Claire McCaskill, swing votes who last year approved Justice Neil Gorsuch’s appointment, are pushing back against the pressure. This comes as moderate Republicans are seen as being on-board with the current GOP pick. As a bellwether, a group of 30 state governors and 26 state attorneys general, many from swing states, have endorsed Kavanaugh.

A recent Rasmussen poll found that 44 percent of respondents wanted to see Kavanaugh elevated to the Supreme Court and some 83 percent felt in the end that he would be confirmed. Slightly over half of those surveyed thought the Senate should move quickly to replace Justice Kennedy.

Just 50 votes are needed in the chamber to confirm Kavanaugh, as Republicans suspended the ability to filibuster for Supreme Court nominees last year, a practice likewise utilized by Democrats in 2013. Grassley said hearings are expected to take three or four days, with a full committee vote scheduled soon after.