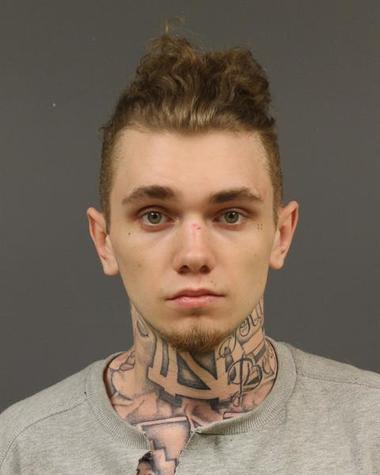 Michael Scott Barber, 22, will spend the next 17.5 years in prison for a string of unrelated, violent felonies. (Photo: Kalamazoo News)

A northern Indiana man will spend the better part of two decades in prison for a string of unrelated felonies culminating in a gun store burglary last year.

Michael Scott Barber, 22, will spend 210 months behind bars after masterminding a break-in at Dutchman Hunting Supplies in Shipshewana, Indiana 18 months ago. According to a sentencing memorandum filed last week, Barber and two accomplices scoped out the retailer before returning in the middle of the night to steal 15 guns and a crossbow.

Police later recovered eight of the stolen firearms, according to court records, at various crime scenes in Indiana and Illinois. In one case, Chicago Heights law enforcement investigating an armed robbery confiscated a handgun from a convicted felon on parole for second degree murder. In another case, one of the firearms turned up at the scene of a fatal shooting in the city of Chicago.

Barber’s criminal history extends back at least five years and involves multiple “violent felonies” including home invasion, assault by strangulation, grand theft auto and probation violations. Ten days after the burglary at Dutchman Hunting Supplies, he and his brother attacked a Michigan State Trooper during a traffic stop for speeding. Barber faces a patchwork of punishments in three different jurisdictions — all of which U.S. District Court Judge Robert L. Miller requests he serve consecutively, so as to best “capture the scope” and magnitude of the impact the stolen guns have had on nearby communities.

“He has a history of violence and of creating dangerous circumstances in order to steal things that do not belong to him,” Miller said in the sentencing memorandum. “Barber has demonstrated an inability to conform his behavior to societal norms no matter his level of supervision, whether in custody or on probation. The totality of his behavior shows a high risk of recidivism.”

Once released, Barber will serve two years of supervised release, according to the Department of Justice.