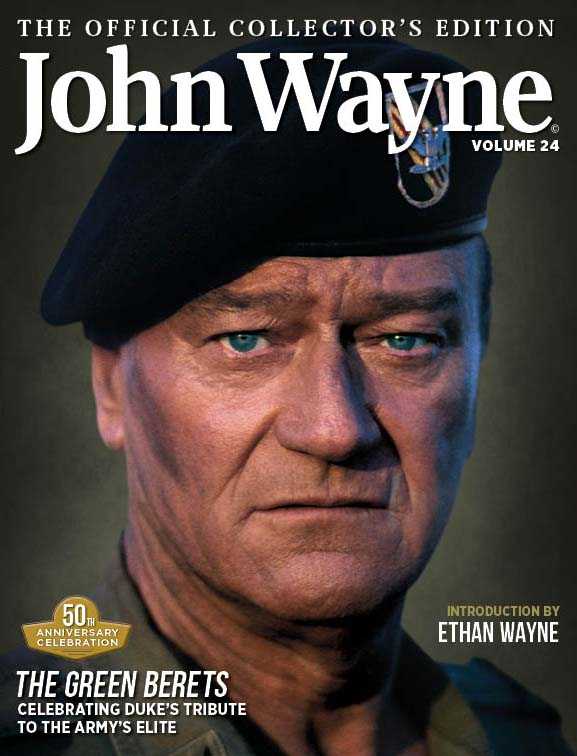 The story of the John Wayne Official Collector’s Edition begins in an unlikely place: the darkened living room of New York magazine publisher Tony Romando as he comforts his newborn baby.

“He has a sort of iconic status, where he has a certain code about him,” he told Guns.com last week about how the early morning revelation first came to him five years ago. “I think there are millions of men and women around the country who wake up and say, ‘what would John Wayne do today?’ They get a flat tire and they wonder how would John Wayne get himself out of this jam. Then it dawned on me, this is someone who is more than just someone’s favorite actor. He’s changed lives.”

So Romando said he called the one person he figured knew Duke best: his son, 56-year-old Ethan Wayne. Some 25 issues later, Romando describes the collaboration as integral to the magazine’s success in an industry where readership continually wanes.

“To be honest, we don’t make a move without him because no one can capture that essence of John Wayne better than he can,” he said. “No matter how many magazines we do, he’s still one of the few people who can say, you know my Dad didn’t want to eat chicken. He liked Mexican food and burgers. He’s not eating chicken salad, so don’t put it in the magazine.” 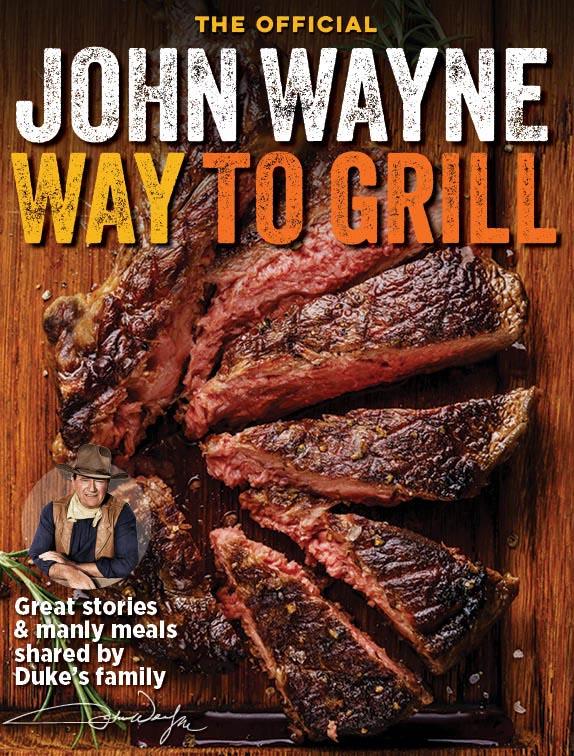 From his favorite recipes to Hollywood anecdotes to never-before-seen movie props and photographs, the 100-page magazine churns out rare content for the ultimate John Wayne fan every 60 days. The latest issue on news stands now honors the 50th anniversary of Duke’s last war film, the Green Berets.

“If you go through a list of modern actors who played Green Berets, you’ve got everyone from the Rock to Sylvester Stallone to Chuck Norris, I mean the list goes on and on,” he said. “There’s always people that build their foundations and careers off a movie that John Wayne made 50 years ago. So there’s a real sense of history with everything that we do.”

Romando’s company, Media Lab Books, even published a lifestyle guide called The John Wayne Code: Wit, Wisdom and Timeless Advice last year for “anyone up against a dilemma who wants to know how John Wayne would handle it.”

“The man was filled with knowledge and he wasn’t afraid to share it,” Romando said. “So, I think the magazine is ongoing and forever, as long as John Wayne is relevant in America and I think he’s more relevant than he’s ever been. His values still hold true like they did 60 years ago.”