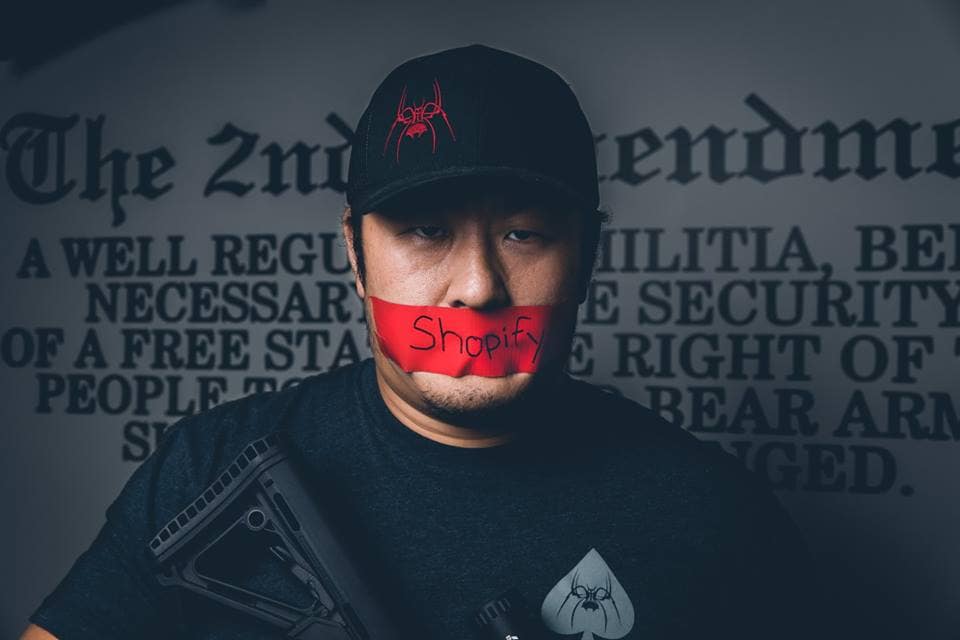 Spike’s Tactical, a member of Shopify, took to the internet to protest the e-commerce site’s new policy revisions. (Photo: Spike’s Tactical via Facebook)

Shopify’s Acceptable User Policy underwent changes to include a new category of restricted items. On the updated list, semi-automatic firearms that accept a detachable magazine and offer a capacity greater than 10 rounds are no longer considered acceptable for sale via Shopify. Additional restrictions banning the sale of unfinished lowers, pistol grips, forward grips, threaded barrels, suppressors, thumbhole stocks and magazines over 10 rounds have also been instituted.

Shopify members were notified of the changes late Monday night into Tuesday morning with multiple firearms retailers taking to the web to protest the changes.

“This decision will have significant ramifications to our business and should concern every online retailer and Second Amendment supporter,” Cole Leleux, general manager of Florida-based Spike’s Tactical, commented in a press release. “We have invested more than $100,000 in the development of our Shopify store, which will disappear once these policies go into effect.” 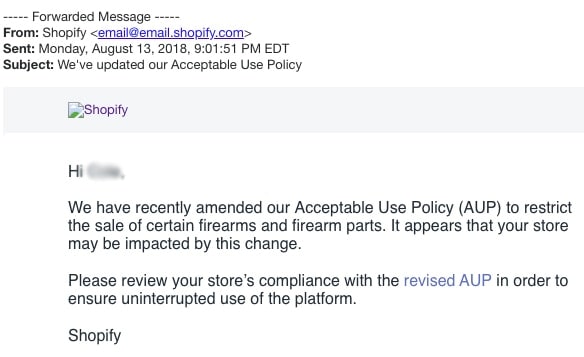 Shopify sent an ambiguous email out to members late Monday evening notifying them of the new policies.

“We have spent the last three years developing the Rare Breed brand and more than $40,000 developing our Shopify site,” DeMonico said in a statement. “Depending on how this policy is rolled out, this is a move that could put companies like ours out of business, and we will undoubtedly be looking to pursue legal options.”

Shopify has offered no explanation as to why their policies have been updated to restrict the sale of firearms related products. Interestingly, Shopify, which boasts nearly 600,000 members, faced backlash in 2017 when it refused to remove sellers providing Breitbart products. At the time the company cited free speech and free commerce as pillars of its moral code.

“To kick off a merchant is to censor ideas and interfere with the free exchange of products at the core of commerce. When we kick off a merchant, we’re asserting our own moral code as the superior one. But who gets to define that moral code?” Shopify CEO Tobi Lütke offered in a statement published on CBC in 2017. “If we start blocking out voices, we would fall short of our goals as a company to make commerce better for everyone. Instead, we would have a biased and diminished platform.”

Guns.com reached out to Shopify Tuesday for comment but received no word by time of publication. However, in the wake of a high school shooting in Parkland, Florida, demonstrations successfully influenced major retailers and financial institutes to alter their policies in similar ways.

In the meantime, Spike’s Tactical is spearheading a movement against the e-commerce platform, asking that any gun manufacturers or retailers experiencing problems over the updated policy contact Spike’s Tactical.