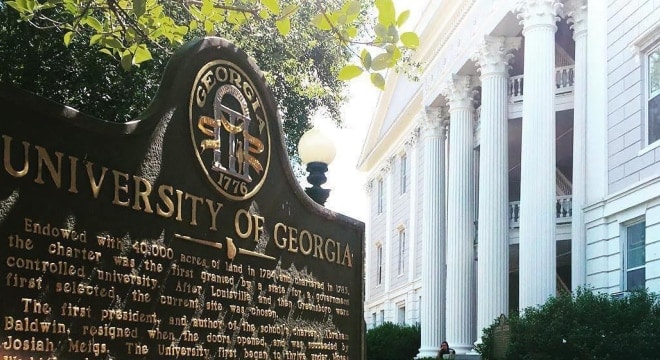 A judge has rebuffed a group of college professors seeking to overturn Georgia’s campus carry protections. (Photo: University of Georgia/Instagram)

A Superior Court judge has sided with the state in a lawsuit brought by a group of Georgia university professors seeking to suspend the state’s campus carry practices.

Fulton County Judge Kimberly Esmond Adams last week denied an injunction requested by the educators in a challenge that has been pending in the court for almost a year. Going against arguments voiced by the professors that they should be able to bar guns from their classes for various reasons, Adams rejected the case citing the defendants, Gov. Nathan Deal and state Attorney General Chris Carr, named in their official capacity, were exempt due to sovereign immunity.

The six professors filed their case last September, arguing the state’s new campus carry law, signed by Deal in after he vetoed a previous version, went against long-standing prohibitions at Georgia colleges and universities on guns, some dating back to 1810. Each had a specific example of how the law would affect their work, either through chilling vigorous class debates, or upping the chance of suicide, a tactic mirrored in a similar case in Texas that was likewise unsuccessful.

John Knox, a geography professor at the University of Georgia, said his classes often touch on controversial topics such as climate change that in the past have gotten into heated debates, with students occasionally “acting out.” In another case he encountered, of a depressed, possibly suicidal student, campus police were called.

Michael Noll, who teaches geography and geopolitics course at Valdosta State that touch on topics like the Holocaust, Rwanda, Syria, and the Jim Crow laws, said he has in the past “encountered emotionally and psychologically distressed students,” and that, with the prospect of more guns on campus, some fellow professors are considering arming themselves as well, creating an “even more volatile environment.”

James Porter, who teaches an environmental literacy course at the University of Georgia where evolution and climate change are talked about, feared “distressed students may discharge weapons or use them for intimidation purposes.”

Georgia Southwestern University visual arts professor Laurel Robinson runs the only glass-blowing program in the state where she gives open critiques of her students’ efforts, which are sometimes not well-received. Should a gun be brought into play in the class, where large tanks of compressed gas are present, she worries a resulting dangerous explosion could kill or injure others.

Aristotelis Santas, a philosophy professor at Valdosta who covers hot-button topics such as race, sexuality, and gender, has moved to a policy since campus carry has taken effect to allow students to leave class whenever they feel unsafe, no longer even requiring attendance.

University of Georgia biology professor William Whitman stated concerns over guns in his laboratory alongside $100,000 of equipment, biohazards, hydrogen, and radioisotopes. An attorney representing the professors, Peter Canfield, said the plaintiffs are considering an appeal.