For those who want a Humvee-mounted howitzer, it exists (VIDEOS)

The paratroopers of the 82nd Airborne have been testing a lightweight howitzer for those special moments when you need to airmail some artillery.

A battery of the 319th Airborne Field Artillery Regiment has been documenting their testing of the Mandus Group’s Hawkeye Mobile Weapon System over the past few weeks. The system blends an M20 howitzer, capable of firing all NATO standard 105mm semi-fixed ammunition, with an HMMWV chassis. Using an automated digital fire control system, Hawkeye has what Mandus calls “soft recoil technology” while still coming in lighter than legacy systems. 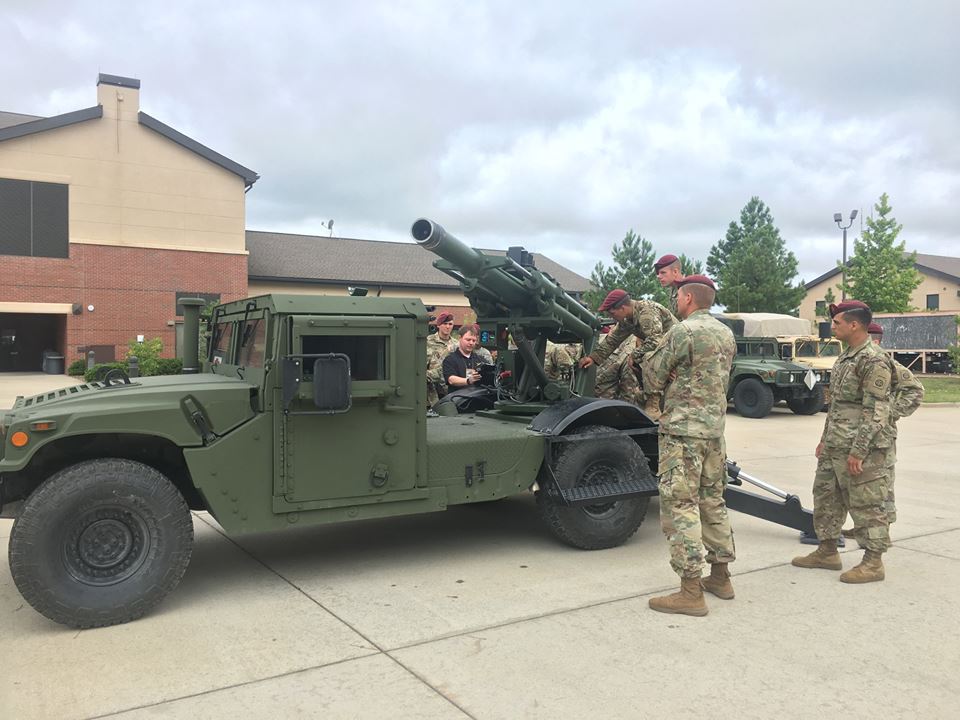 82nd Airborne artillery units have been testing the Hawkeye for the past few weeks at Fort Bragg. (Photo: U.S. Army) 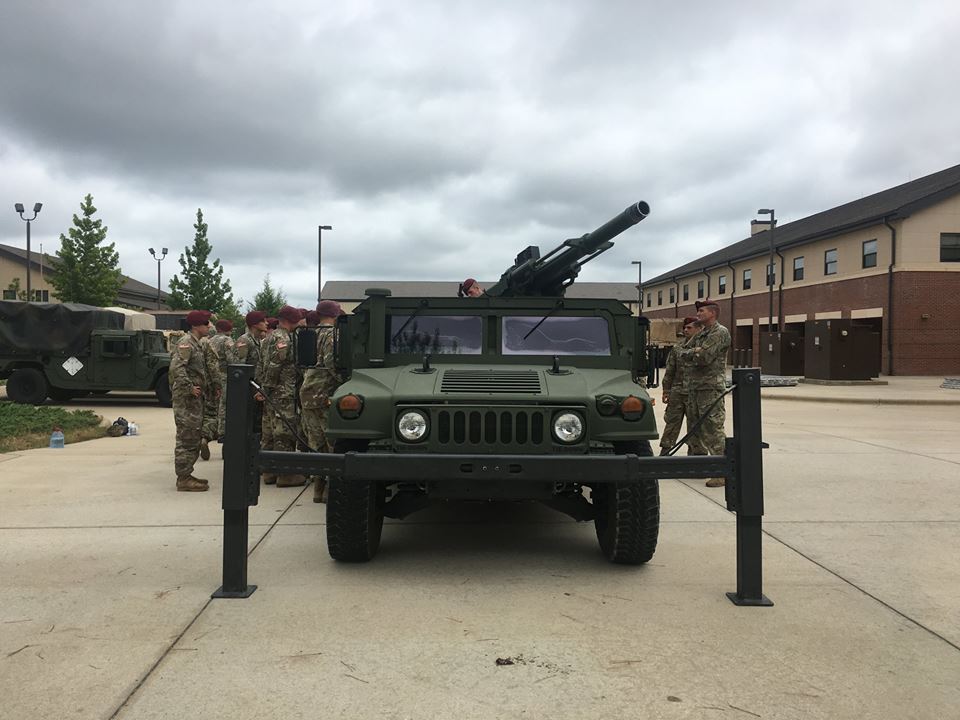 The gun itself with its fire control group weighs 2,550 pounds, not including the Hummer, and can be crewed by as few as two gunners. The Hawkeye is theoretically capable of up to eight rounds per minute for a brief period, but a more sedate rate of about three rounds per minute is the goal in sustained fire. 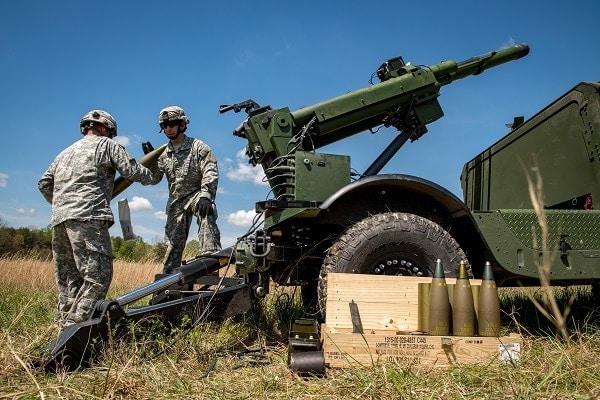 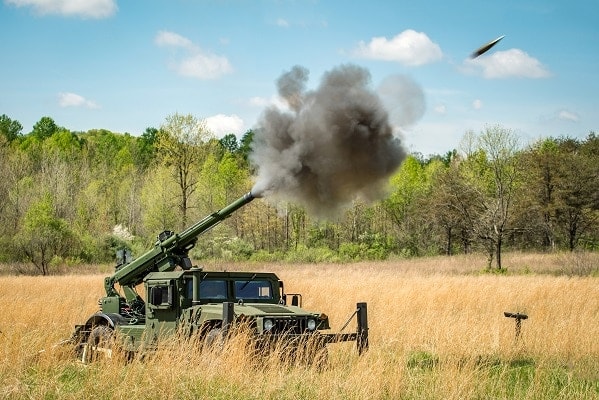 It is capable of up to 8 rounds a minute for brief periods (Photo: Matt Cashore/Mandus Group) 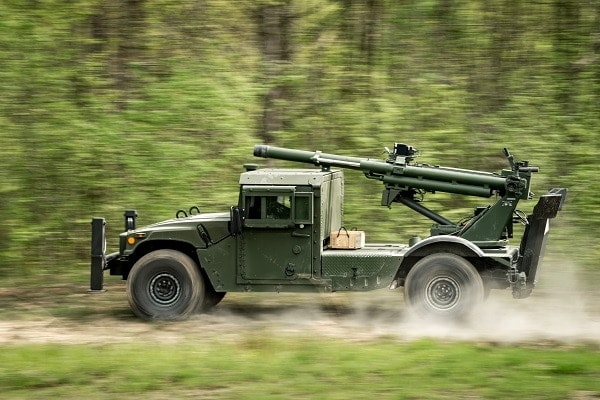 The 82nd is testing the platform to see if it can be incorporated in the unit’s infantry brigade combat teams (Photo: Mandus Group)

Using a 23-caliber gun tube, the M20 can reach out to 9 miles with rocket-assisted shells or 7 miles with standard shells.

“Never before has a 105mm howitzer been able to offer the kind of firepower and mobility that the Hawkeye does while remaining lightweight and modular,” says the company.

The Fort Bragg-based 82nd currently use the towed British-designed M119A3 light howitzer, which tips the scales at about 5,000 pounds in firing configuration and has a slightly longer range but the same rate of fire as the Hawkeye. It is capable of being both parachuted and slung load under a helicopter.

Below is MGs propaganda on the Hawkeye– and they somehow manage to not work in a single Marvel easter egg.