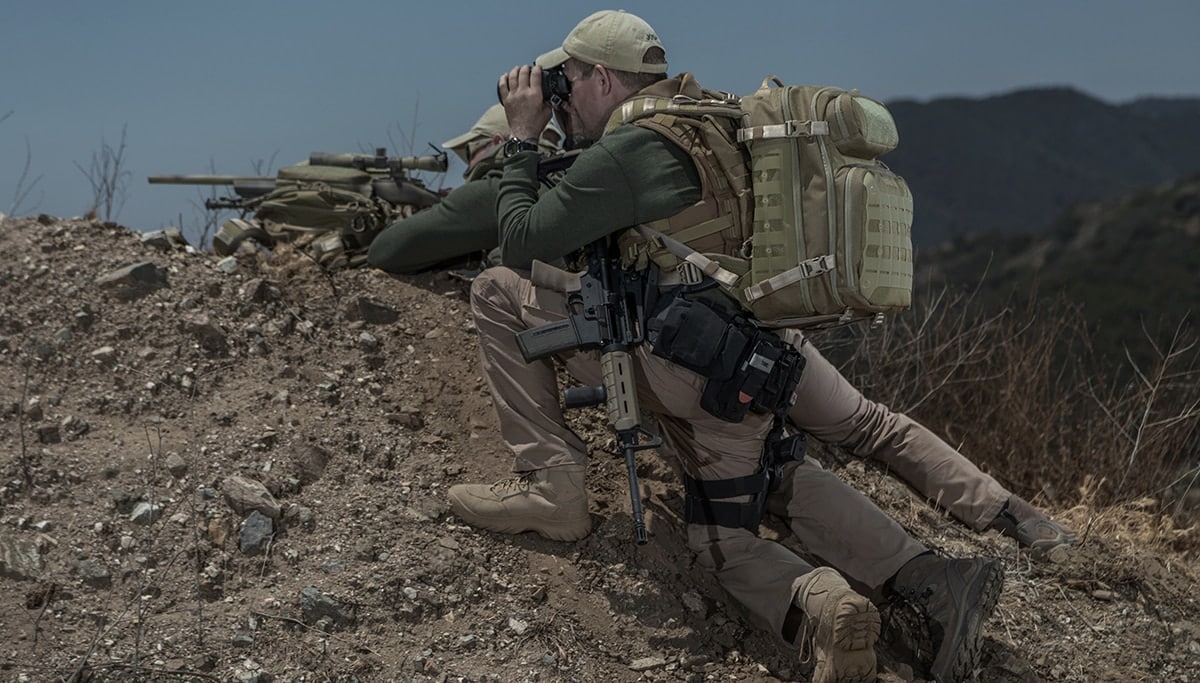 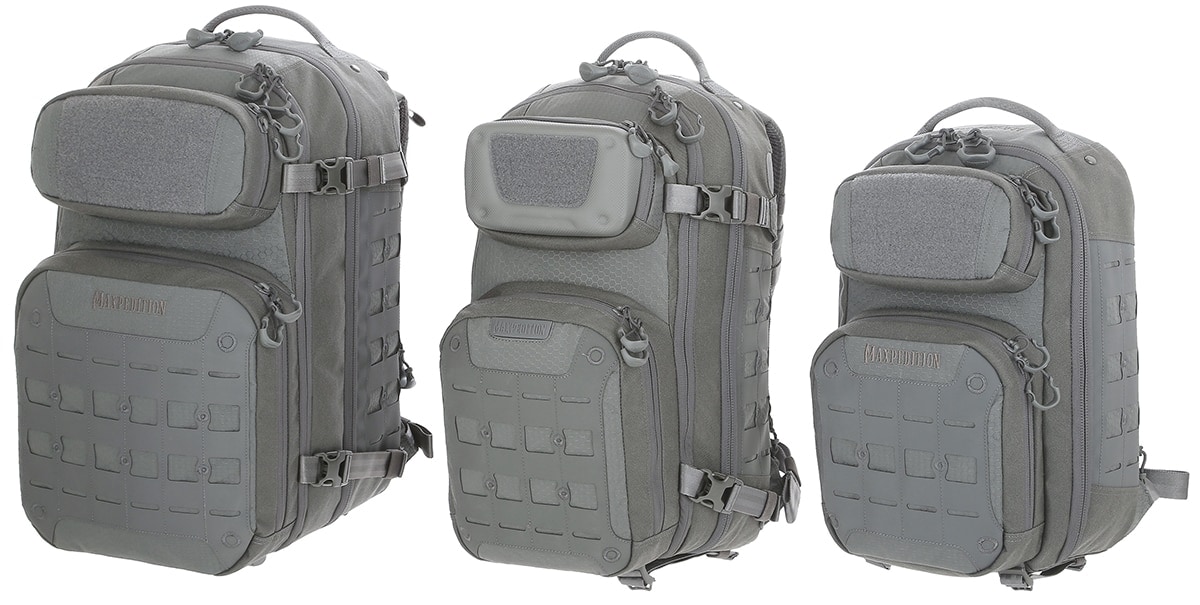 The new 30L, left, original 23L, middle, and new 15L, right offer consumers a range of sizes of which to choose. (Photo: Maxpedition)

“Since the inception of Advanced Gear Research in 2016, the Riftcore backpack has stood out as the bestseller of the AGR line,” Tim Tang, President of Maxpedition, said in a press release. “This season’s introduction of the Riftblade and Riftpoint, after customers frequently requested both larger and more compact versions, was a natural and highly anticipated developmental progression.”

Both backpacks come in three shades — gray, tan and black — and feature laser cut ATLAS Attachment Lattice System that works in conjunction with other Maxpedition gear.  The 30L model is the company’s larger contender, offering a padded waistbelt and plenty of room to store gear and guns. The 15L fills the need for a smaller pack, offering a concealed carry pocket and main compartment that is capable of housing a 13-inch computer in the rear compartment sleeve.

The 30L Riftblade CCW Backpack will enter the market at $259 while the Riftpoint CCW Backapck will offer a MSRP of $178. 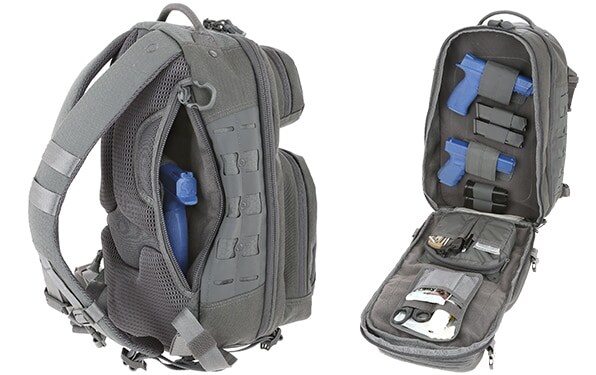 The 15L Riftpoint features a CCW pocket in the rear of the bag while the 30L Riftblade can house multiple guns. (Photos: Maxpedition, Graphic: Guns.com)