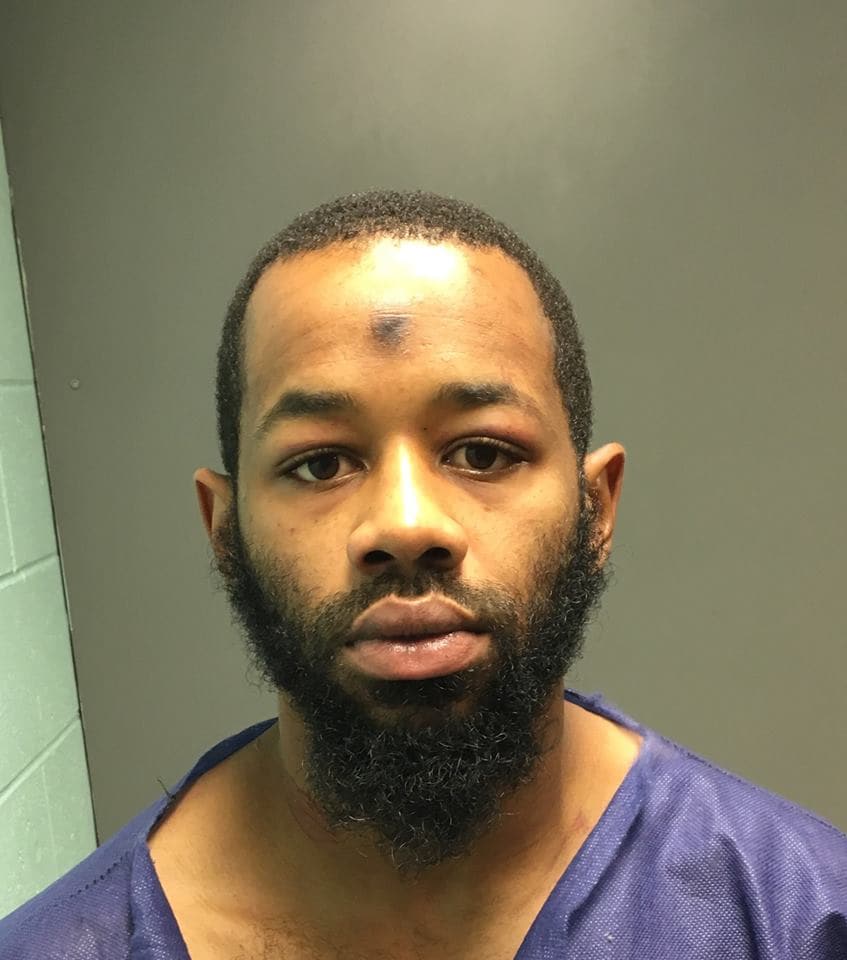 A Philadelphia man injured eight people this week during a shooting spree that began in a suburban Walmart check-out lane.

Jones allegedly took a 9mm handgun from his sister and fired it after arguing with another man in the store. He fled on foot, shooting shoppers and a store employee along the way. Witnesses later saw Jones and his sister driving into the city in a gold Pontiac Grand Prix, where Jones dumped the gun before ramming into the back of parked police car. Officers then chased him down the 1300 block of East Sedgwick Avenue, tased him and took him into custody.

The collision sent two cops and Jones’s sister to the hospital with non-life-threatening injuries, Frye said. A pregnant woman also needed medical treatment after Jones knocked her to the ground while fleeing the Walmart.

“Thanks to the response of the Cheltenham Police Department and the cooperation of dozens of law enforcement agencies and civilians, both inside and outside of the store, we were able to come together to bring someone to justice for a shooting in a very busy store,” said Montgomery County District Attorney Kevin Steele. “It’s this kind of cooperation that is crucial to keeping our communities safe.”

“We are relieved that an arrest has been made and thankful that injuries sustained by three of our associates and a customer are non-life threatening,” said Randy Hargrove, a Walmart spokesman, in a statement to USA Today. “Local authorities acted quickly and did an outstanding job. Our focus remains on supporting our associates and continuing to assist law enforcement.”