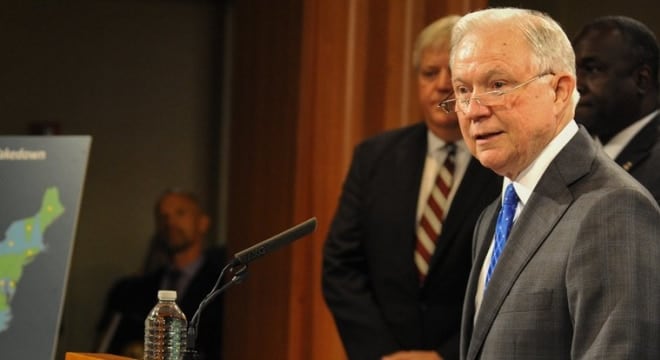 U.S. Attorney General Jeff Sessions stressed Thursday that undetectable guns were already illegal in the country under federal law at the same time the Department of Justice asked a Seattle-based court to allow the distribution of 3D gun files to proceed. (Photo: DOJ)

Federal attorneys said those seeking to stop the distribution of 3D printed gun files in court are missing the mark on their argument.

A growing group of eight states and gun control advocacy groups is waging a battle against the U.S. State Department for the planned settlement with Cody Wilson’s Defense Distributed company that would allow Wilson to distribute downloadable gun plans.

Led by Washington state Attorney General Bob Ferguson, those seeking to block the release argue the files pose a public safety risk. On Wednesday the Trump Administration pushed back in court, holding the states and advocates are misreading the issue and figuratively trying to put the genie back in the bottle.

“[T]he Government notes that the possibility of manufacturing small-caliber firearms from a 3D-printing process has been publicly discussed since 2013,” said U.S. Attorney Annette L. Hayes in a 26-page filing opposing Ferguson’s motion for the court to issue an injunction against the files release. Hayes elaborated that the government “has no authority to restrict U.S. persons from sharing these files with other U.S. persons within the United States,” arguing that the State Department’s move to throttle Wilson’s distribution of his files five years ago was over concerns that it was a violation of international arms regulations.

Within the State Department, the Directorate of Defense Trade Controls is responsible for regulating arms exports in compliance with the International Traffic in Arms Regulations, a 1970s-era regime designed to safeguard national security interests. The recently appointed head of DDTC, Sarah Heidema, in the government’s filing this week, said that the 3D gun files at the heart of the case are small potatoes for an organization tasked with preventing the questionable transfer of items such as attack helicopters, torpedoes, cruise missiles and space launch vehicles.

Further, many of the gun files that Wilson plans to distribute, for firearms such as the AR-15 and the M9 handgun, have been in the public domain for generations, for which Heidema pointed out such blueprints and designs ITAR does not cover. Heidema said regulation of most designs for commonly available semi-automatic small arms under .50 caliber were assessed by the Pentagon as having little military advantage. Heidema elaborated, for example, that the Beretta M9 is “available for sale at sporting goods stores and other retailers throughout the country” and has long been licensed for export commercially around the world. 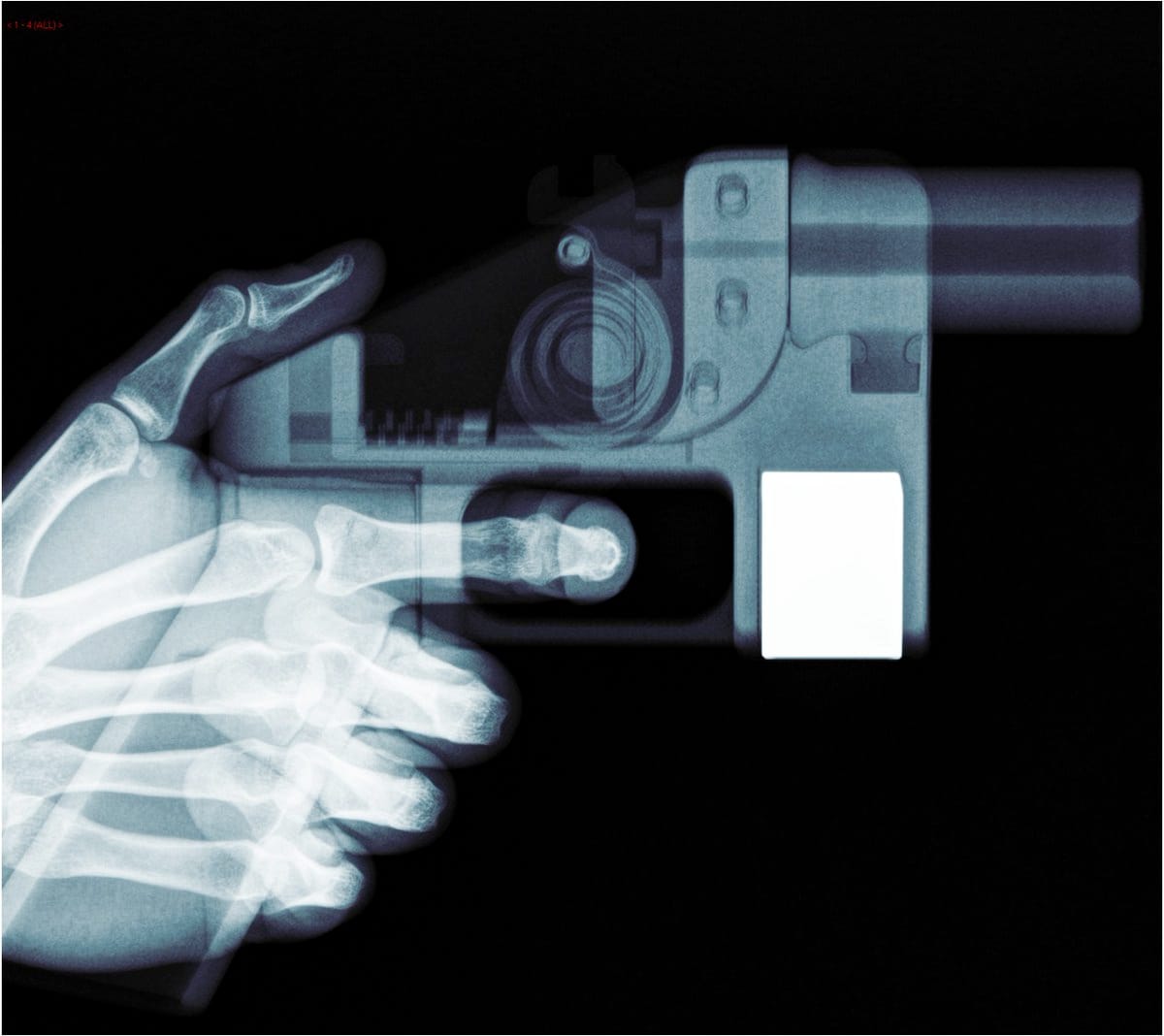 Cody Wilson’s Liberator, seen here in an x-ray, details that a 1.19×1.19×0.99-inch block of steel should be mounted in a hole in front of the trigger guard to comply with the law (Photo: DefDist)

Finally, the government points out that current federal law, the Undetectable Firearms Act, requiring at least 3.7-ounces of steel in a firearm made or otherwise imported into the country, already makes “plastic” guns illegal and on Thursday, U.S. Attorney General Jeff Sessions said he was ready to back that it up.

“Violation of this law is punishable by up to five years in prison,” said Sessions in a statement. “Such firearms present a significant risk to public safety, and the Department of Justice will use every available tool to vigorously enforce this prohibition. We will work with federal, state and local law enforcement to identify any possible cases for prosecution.”

Wilson’s mostly plastic Liberator, which drew the attention of the feds in 2013 — details that a 1.19×1.19×0.99-inch block of steel should be permanently epoxied into a purpose-designed cavity in front of the trigger guard to comply with the law, although some argue the metal portion could be illegally deleted without affecting the gun’s performance.

A preliminary injunction hearing in the case blocking DefDist from releasing their digital files online is scheduled for Aug. 21. At the same time efforts are underway at the state and federal level to further regulate 3D gun files, while Facebook is looking to limit the availability of the information already in circulation.