Nine-year-old shooting sensation Alpha Addy has taken the gun world by storm with her impressive performances in competitions and displays on social media. The youth started shooting three years ago after seeing other young shooters shred steel on YouTube. But with firearms being relatively foreign to her parents, her godfather, Johnny Campos, took to training her.

“Addy thought it looked cool. Those were her exact words,” Campos said. “And that’s when she asked me to learn how to shoot. Up until that point we didn’t own any firearms, she had never been around a live firearm.” However, the former Marine said he would only teach her if she agreed to a couple conditions: that she had to be safe and take it seriously. And she did. 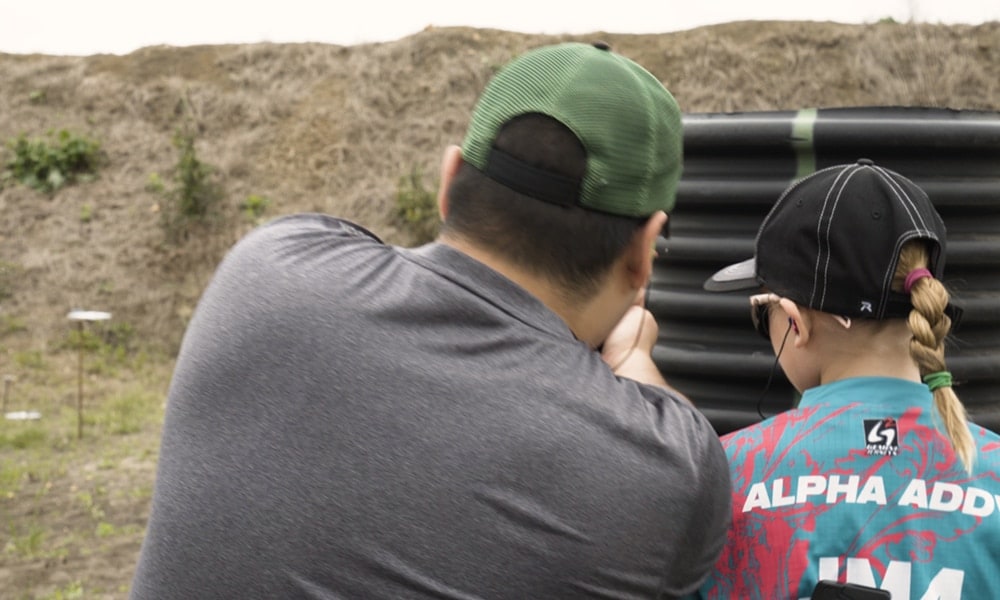 Addy and her godfather training for a new event. (Photo: Scott Gara/Guns.com)

Since starting training, Campos explained that Addy practices at least one hour a day and spends lots of time dry firing. And the hard work has paid off. Addy has climbed the ranks at her local league and improves her performance with every competition. Yet, while Addy gets plenty of encouragement from Campos, she also has lots of friends and mentors at Austin Sure Shots Mini Shots events.

Every year the Austin-based women’s gun club hosts a number of events to introduce shooting to young girls. The event’s chief sponsor and editor of Sure Shots Magazine, Niki Jones, explained one of the group’s main goals is to grow a sense of confidence and empowerment among the girls who attend the event.

“(The girls) go to matches and here they are competing right next to grown men and SWAT team guys and they’re on the same squad and they’re shooting the same course of fire and they’re just holding their own,” Jones said. “I think that is so empowering for a little eight year old girl to go ‘if I can do this, what else can I do? I can do anything!’” 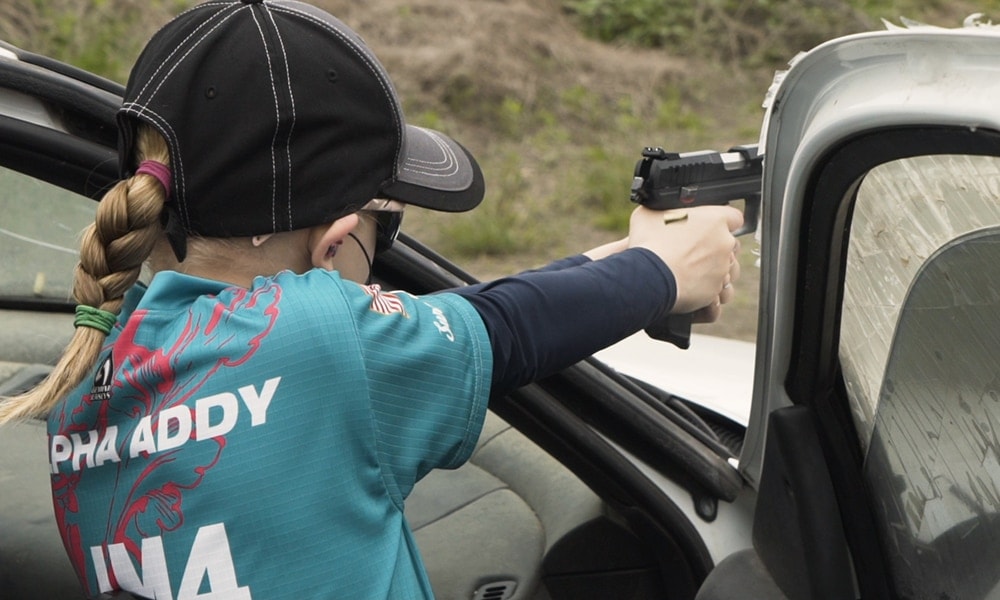 Addy was both highly competent and accurate equally with her rifle and handgun. (Photo: Scott Gara/Guns.com)

But not all share such a positive attitude about Addy’s interest in the shooting sports. Most critics, as Campos explained, linger on her age and maturity. “We’ve had a few people comment on her social media saying she’s too young to use firearms. Those comments are really hard to respond to because I think it’s based off the individual maturity of the kid,” he said.

Campos explained that, per their agreement, safety has always been paramount. He has Addy cycle through their safety routine two and sometimes three times before every new practice round. “There are people at the range that are less safe with their guns than she is, and we see it all the time,” Campos said, adding, “We’ve seen grown adults on the range doing stuff that would get her kicked out of a match.” 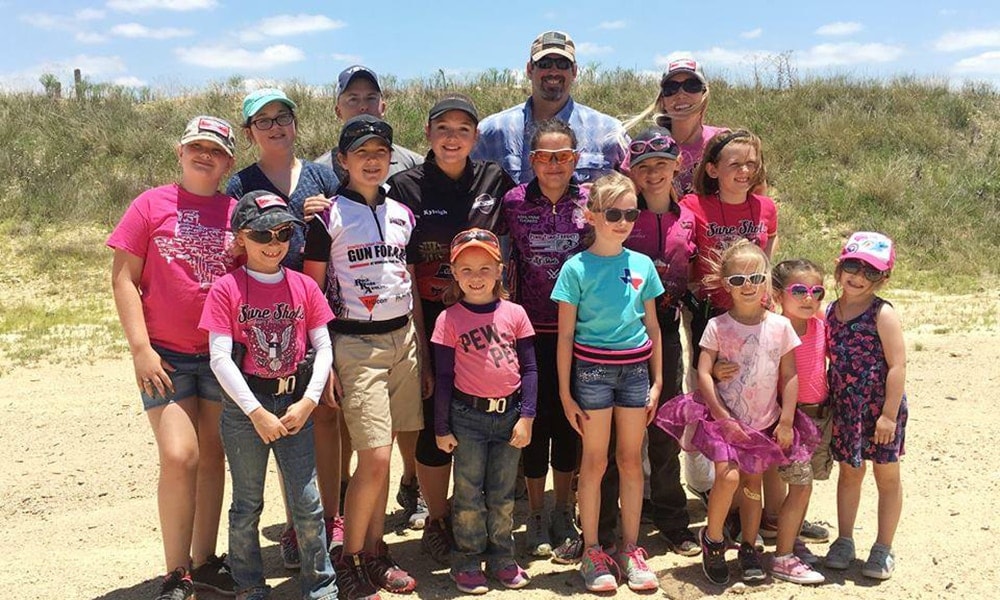 Although Addy is only nine, she has greater plans for competitive shooting. “We’re not just out here doing it for the ‘gram. The idea is for her to get a scholarship for shooting somewhere, ” said Campos.

While Addy has gained a following both on her Instagram page and YouTube channel, it’s nice to see that she has a higher purpose in mind. She is not only gaining a valuable and potentially life saving skill in shooting, but she is also using that pursue higher education. I think that deserves a tip of the cap. 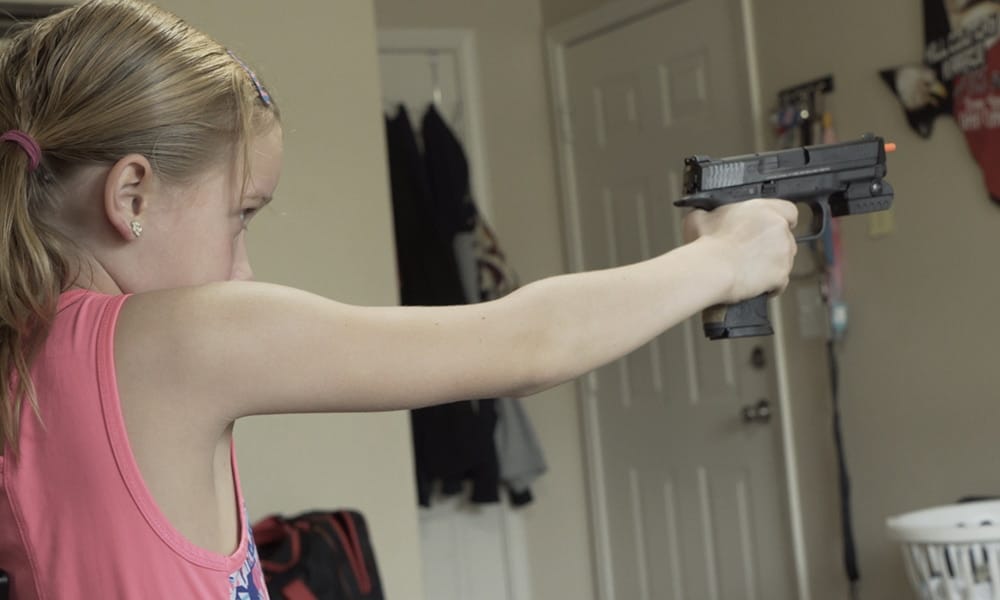 Addy putting in work and time on the fundamentals during a dry fire session. (Photo: Scott Gara/Guns.com)