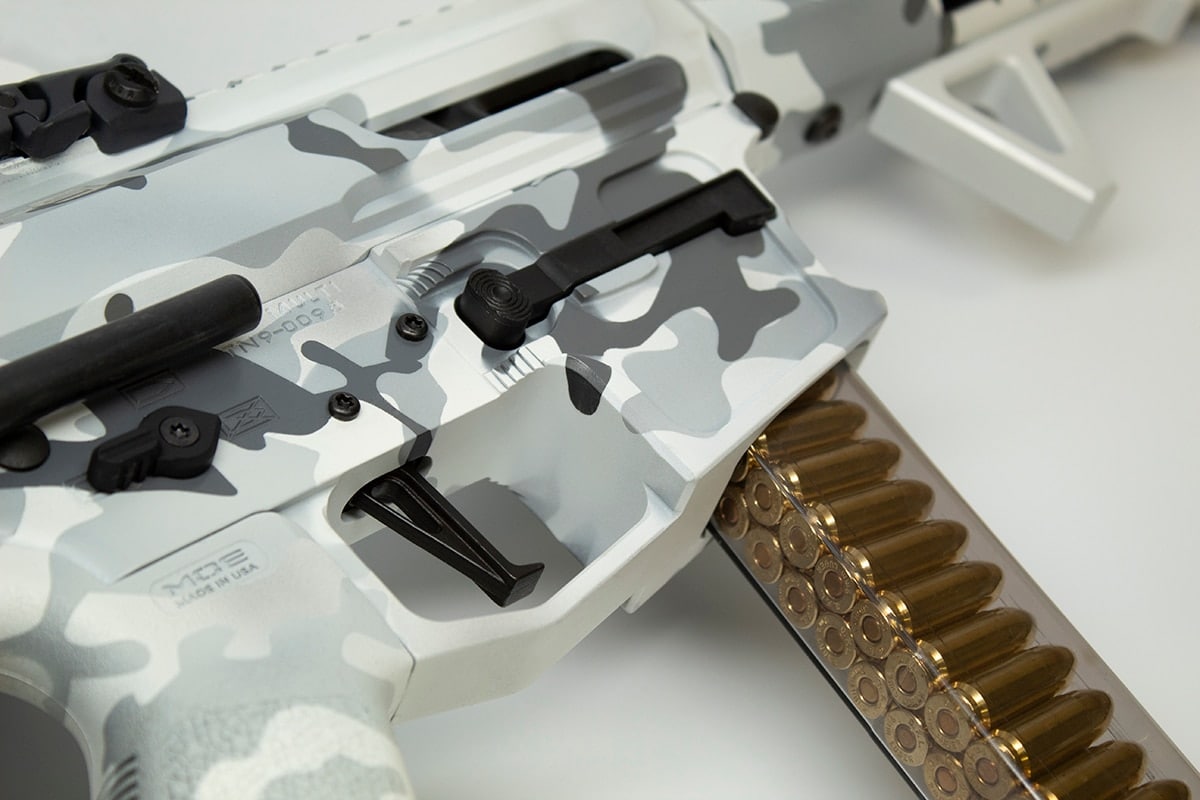 The PCC Trigger is a pre-set design with a 3.5-pound pull. (Photo: CMC Triggers)

CMC Triggers put in the research and time and its efforts have paid off, as the company announced the release of its own Pistol Caliber Carbine Single Stage Trigger.

Designed for Mil-Spec AR-15 and AR-10 PCCs, the trigger is available in a classic curved bow as well as a flat bow configuration. Constructed from 8620 alloy steel and S7 tool steel, the PCC Trigger is factory pre-set and features a positive reset for fast follow-up shots. The trigger boasts a 3.5-pound trigger pull with no creep and a smooth break, according to the company. Self-contained, the trigger is hand assembled and hand tested prior to leaving the factory.

CMC says it has addressed issues common to PCC triggers with this latest design.

“The same CMC Trigger that has become respected for use in AR-15 and AR-10 style rifles can now be easily installed in PCC rifles. Previously, PCC rifles with a standard trigger installed had approximately a 50-percent trigger reset failure rate,” CMC Triggers said in a news release. “CMC’s new PCC Trigger geometry design has overcome those earlier issues. The PCC Trigger’s hammer dimensions have been modified to facilitate the 9mm platform and ensure reliability with each pull of the trigger.”

The PCC Trigger by CMC Triggers is available now with an MSRP of $189.