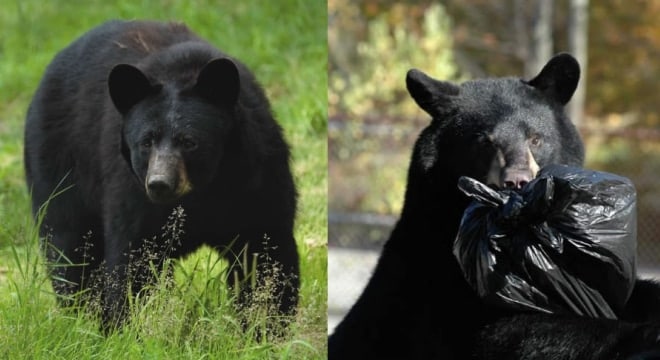 A report released by New Jersey wildlife officials earlier this year stresses that hunting seasons “alleviate damage and nuisance incidents caused by problem bears,” and warns that the current population could double in four years if hunting is taken off the table. (Photo: New Jersey Division of Fish & Wildlife)

New Jersey’s Democratic Gov. Phil Murphy on Tuesday went after the long-practiced sport of bear hunting in the state by issuing an order banning it on public land.

The Executive Order, his 34th since taking office earlier this year, directs the state Department of Environmental Protection to close all state forests, parks, recreation areas, historic sites, wildlife management areas and natural areas to bear hunting for the upcoming season. Murphy’s office said in a statement that the order was the “fullest extent of the Governor’s legal power to unilaterally limit the bear hunt.”

Murphy called upon state lawmakers to take further action on the issue and cautioned that, while his “first concern has always been public safety” the legislature should “review all non-lethal options,” before authorizing another hunt.

New Jersey’s black bear population, currently believed to number around 3,500 with sightings in at least 21 counties, has rebounded in recent years and, since 2003, has been kept in check through hunting. In the 2017 season, some 409 animals were taken in the state according to figures from the state Division of Fish & Wildlife.

A 12-page report from wildlife officials warns that ceasing to hunt bears in the state could result in the population doubling within four years and the “removal of hunting as a management tool will quickly allow the population to rebound to unacceptable levels.” The same report, released in January, stresses that hunting seasons in particular “alleviate damage and nuisance incidents caused by problem bears.” A larger population, it continues, would further translate to more bears on state highways and city streets.

Media coverage in the state is replete with anecdotal reports of hungry or curious bears, capable of growing as large as 400 pounds, interacting with people in residential neighborhoods. This has forced some police departments to issue so-called “bear conditioning kits” to patrol units containing rubber buckshot and pyrotechnics to scare animals away from built-up areas.

In 2014, a 22-year-old Rutgers University student was killed by a 300-pound bear while hiking in Passaic County’s Apshawa Preserve.

Although groups such as the New Jersey Sierra Club applauded Murphy’s move and point out that hunting is still legal on private land, those on the other side of the issue are weighing their legal options.

“This is pure political pandering at its finest. Gov. Murphy knows that the wildlife experts in his own agencies use the best available science and practices when evaluating wildlife populations and setting hunting regulations,” said Evan Heusinkveld, president of the Sportsmen’s Alliance. “This backdoor attempt to undermine scientific wildlife management is a slap in the face to those biologists, presents a clear and present danger to New Jersey’s citizens and, ultimately, hurts the entire population of bears.”

Some state lawmakers are likewise concerned. “We don’t want to go back to not managing the bear population properly,” said state Sen. Steve Oroho, R-Sussex. “It is ironic that when a bear is sighted in urban settings, schools get locked down and multiple police departments respond to tranquilize the bear before relocating it. If safety isn’t an issue what’s the reason for concern?”

Our goal is to end bear hunting in New Jersey. This week, we took a big step toward that goal. pic.twitter.com/O0PGpMvqGR