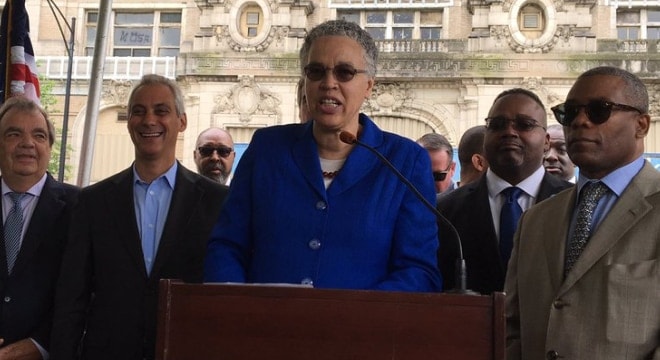 A mandatory tax on firearms and ammo sold over the counter in Cook County, Illinois has withstood a legal challenge.

The $25 per gun and up to 5-cents per round tax was challenged by a group of Second Amendment advocates, firearm retailers and gun owners who argued it amounted to an illegal poll tax on the constitutionally protected right to keep and bear arms. County officials, in turn, countered that they were just exercising their Home Rule powers under state law, not trampling gun rights, and the court last week agreed.

“Plaintiffs provide no evidence that the Tax will have the effect of preventing their ownership or possession of firearms or that it affects the ability of law-abiding citizens to retain sufficient means of self-defense. said David B. Atkins, an associate judge on the Cook Judicial Circuit Court who sided with the county and dismissed the suit. Atkins went on to contend that, since the tax did not ban firearms or outright restrict their ownership or possession, it did not violate the Second Amendment. Atkins added: “The tax is a valid exercise of Cook County’s home rule power to tax.”

Cook County implemented the tax on firearms in 2013, later expanding it to include a levy of 1-cent per round of rimfire ammunition and 5-cents for each centerfire cartridge. This produced a legal challenge arguing the tax violated protections offered under both the U.S. and Illinois constitutions.

Maxon Shooters, a retailer involved in the suit as a plaintiff along with gun owner Marilyn Smolenski and advocacy group Guns Save Life, said in a statement that the ruling was “not an unexpected decision, though it is disappointing,” and that they planned to appeal, “optimistic that we will win at the Appellate or Supreme Court level.”

Cook County Board President Toni Preckwinkle applauded the decision on Wednesday, saying it “sustains the authority granted to home rule units of government” without impeding “an individual’s ability to exercise their 2nd Amendment right to bear arms.”

In 2015, city leaders in Seattle, Washington approved a similar “gun violence tax” on firearms and ammunition which has not only been the subject on an ongoing legal battle with pro-gun advocates but has failed to meet revenue expectations as firearm retailers have left the city for the suburbs to escape the tax.