Nevada man indicted for dealing firearms without a license 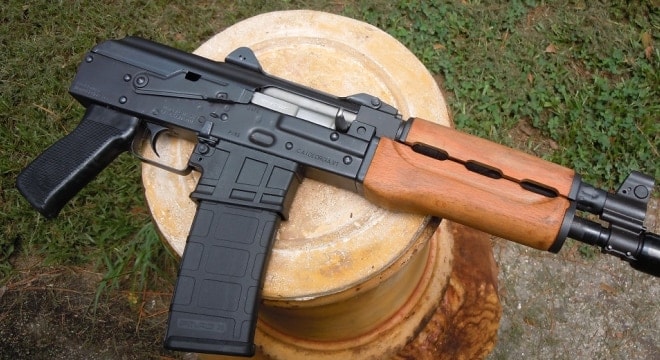 Prosecutors say the man resold over 250 firearms without a license between 2016 and 2018, including a number of AK and AR-pattern handguns, one of which was used by a felon to kill a police officer. (Photo: Chris Eger/Guns.com)

A Las Vegas man was indicted by a grand jury they week after regulators claimed he sold a number of guns, including pistols across state lines, without a federal firearms license.

The U.S. Attorney’s Office announced Wednesday that Charles Martin Ellis, 64, was charged with engaging in the business of dealing in firearms without a license and the transfer or sale of a firearm to a non-resident.

A four-page indictment returned by the grand jury held that Ellis, who does not have an FFL, sold four handguns and a rifle to three people in California, Arizona, and Texas last year. Moreover, prosecutors claim that from January 2016 to February 2018, Ellis bought and quickly resold over 250 firearms, including a number of AR and AK-pattern handguns.

One of these, a Zastava 7.62mm caliber pistol sold to a convicted felon, 32-year-old Thomas Daniel Littlecloud, was later used in the fatal shooting of a Sacramento County Sheriff’s Deputy and wounding of two Highway Patrol investigators during a shootout at a California Ramada Inn. Prosecutors say Ellis came under scrutiny due to the shootout.

“We’ve been pushing for this for a long time and really driving this investigation forward,” Sacramento County sheriff’s Sgt. Shaun Hampton said. “Without our federal partners, this wouldn’t have been possible.”

Based on the Gun Control Act of 1968, current laws as regulated by the Bureau of Alcohol, Tobacco, Firearms and Explosives require persons who are “engaged in the business” of dealing in firearms be licensed. Generally, if an individual repetitively buys and sells firearms with the goal of turning a profit, they need a license while someone making occasional sales from a personal collection does not.

The ATF does not define how many guns one needs to sell to require a license but instead relies on a host of other factors that accompany the unlicensed sales such as advertising, selling and payment methods. For instance, presenting oneself as a licensed dealer on business cards and accepting credit cards could be a factor. However, the agency may issue a warning “when only one or two transactions took place.”

Those violating such laws, if prosecuted and found guilty, face up to five years in prison, a fine up to $250,000, or both.

Last December, a 63-year-old New York man was sentenced to three years probation for dealing firearms without a license after he sold guns to undercover federal agents through a classifieds service after authorities warned him to either curb his practices or get an FFL. This came four months after a 70-year-old Montana man was given 27 months for dealing firearms without a license after he resold hundreds of guns in a three-year period. In 2016, a Minnesota man was sentenced to 18 months in prison after a plea agreement after his buying and reselling habits garnered the attention of federal regulators.