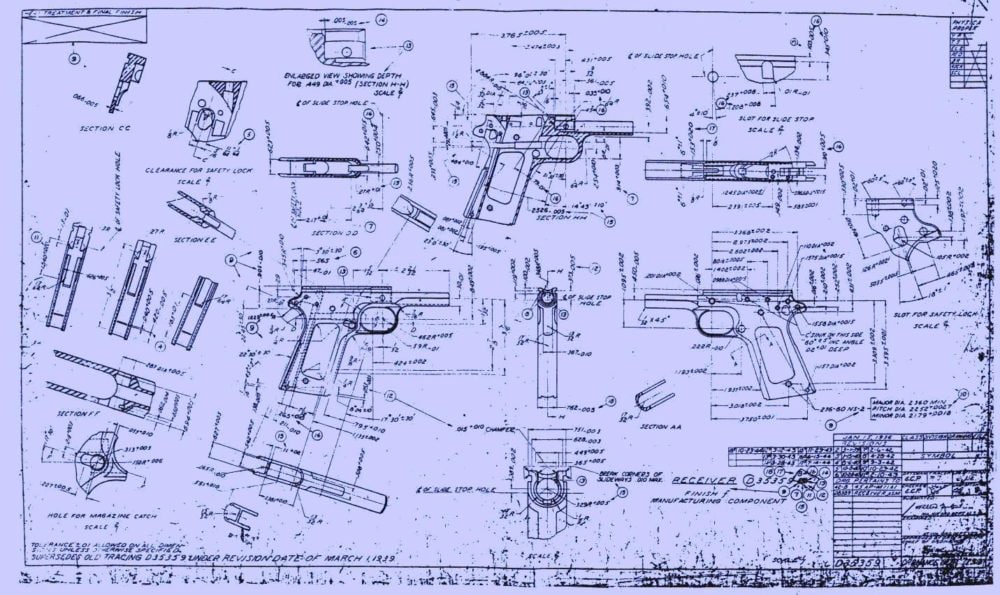 The plans distributed are primarily for guns long in the public domain, such as the M1911 pistol, but optimized for CAD technology and 3D printing. (Photo: NARA)

As a federal court considers an order to continue blocking files for 3D printed guns by a political activist, those same files have been downloaded more than 1.5 million times from another website backed by pro-gun groups.

The website, CodeIsFreeSpeech.com, has generated 1.491 million hits and 4.51 TB of data since launching July 31, said Craig DeLuz, of the Firearms Policy Coalition. He added the site averages more than 10,000 new visitors per week.

The site hosts free downloadable code and instructions to make seven different firearms. The Firearms Policy Coalition along with other California-based gun rights groups launched the website as a way to counter efforts to close access to the DIY files. They argue public access to the files is a free speech issue rather than a gun rights issue.

However, a federal court is scheduled to issue a ruling Monday to maintain an order blocking Defense Distributed from posting gun plans. The company’s founder Cody Wilson initially released plans for 3D printed guns for free on the Internet until the State Department abruptly halted the endeavor until reversing the decision this summer.

Both the State Department and the Department of Justice said the federal government can do little to prevent the spread of the files domestically and instead plan to focus on controlling distribution overseas.

Yet, lawmakers at the state and federal level are crafting legislation designed to block the online publication of files that include instructions used to make functional firearms via 3-D printers. Meanwhile, even county library systems are electing to halt the use of their public-facing printers over fears that guns will be created using the technology.

At the same time, social media giants such as Facebook and Reddit are curbing access to 3D firearm files while Amazon removed a phone-book-sized volume of the printed code for Wilson’s Liberator, saying it violated their terms of service.

While the FPC is coy about their hosting, which has been the subject of both attacks and outside pressure to shut down, they and their allies promise to persevere in what they see as a critical free speech issue.

“Our site will absolutely continue to be published, whatever it takes,” said DeLuz. “If technology firms abandon the First Amendment on this, it does not bode well for America. Democracy dies in darkness, and when Amazon and Jeff Bezos censor speech.”