ACLU allies with NRA in lawsuit against New York 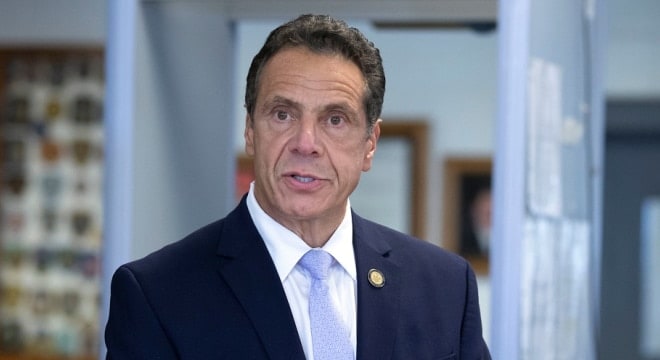 The American Civil Liberties Union is siding with the National Rifle Association in the gun rights group’s fight with Gov. Andrew Cuomo over insurance regulation in the state.

Arguing that an effort to bar any nonprofit advocacy group from the ability to use financial services because it promotes a lawful activity steps on Free Speech, the ACLU filed a 25-page friend-of-the-court brief Friday in support of the NRA’s lawsuit against New York. The Second Amendment group is locked in a legal battle against the Empire State over what the organization characterizes as politically motivated investigations into NRA-branded self-defense insurance.

While admitting the NRA is “no stranger to hardball tactics,” and David Cole, the ACLU’s legal director, says that in the end, the ACLU is still in favor of gun control, he also holds that the Cuomo administration may have passed a line in its handling of the gun group.

“Public officials are, of course, free to criticize groups with which they disagree,” Cole said. “But they cannot use their regulatory authority to penalize advocacy groups by threatening companies that do business with those groups. And here the state has admitted, in its own words, that it focused on the NRA and other groups, not because of any illegal conduct, but because they engage in ‘gun promotion’ — in other words, because they advocate a lawful activity.”

Cuomo’s administration cautioned banks, insurance companies and lenders against involvement with the NRA specifically. The guidance issued by Cuomo came from the state’s Department of Financial Services on April 19 in the form of official letters to all DFS-regulated insurers and banks in the state. In the missives, Financial Services Superintendent Maria Vullo urged financial institutions to examine their relationships with the NRA and organizations that promote guns to take “prompt actions to manage these risks” when it came to protecting their corporate reputations.

Pointing to the public backlash on gun rights groups and firearm companies in the wake of high-profile mass shootings that have dominated the news cycle, Vullo encouraged those regulated by her agency that “Corporations are demonstrating that business can lead the way and bring about the kind of positive social change needed to minimize the chance that we will witness more of these senseless tragedies.”

The NRA contends in its case that the letters have no connection with the DFS’s regulatory mission and unfairly target the member organization in an effort to make it a pariah when it came to access to insurance and legal services in New York. The group says that, besides imposing millions in fines on two insurers who underwrote the NRA’s Carry Guard insurance program, the actions by Vullo have also scared away other banks and insurers in the state from doing business with them.

In their brief to the federal court in the lawsuit, the ACLU says if the NRA’s allegations are dismissed without a day in court — which is sought by New York — it would set a “dangerous precedent for advocacy groups across the political spectrum,” going on to say that public officials would “have a ready-made playbook for abusing their regulatory power to harm disfavored advocacy groups without triggering judicial scrutiny.”

While the two groups would seem like unlikely allies, it is not the first time they have been on the same side of the fence on a subject. In 2013, the NRA filed an amicus brief backing the ACLU in a lawsuit challenging the federal government’s massive phone-record collecting program that virtually tracks all the phone calls made in the U.S.

In 2015, the ACLU, in turn, backed a bill in Congress that aimed to dismantle an Obama administration program by the Social Security Administration to strip gun rights from recipients who received benefits through a representative payee. Although that drive tanked despite strong support from Republicans in the House, the ACLU and NRA, along with 23 national disability groups, backed a follow-on measure in 2017 that was signed into law by President Trump.

In other cases, the ACLU has gone it alone to represent an open carry activist who claimed he was illegally detained, searched and charged while protesting police, and has pushed back on some so-called “red flag” bills for being overly broad and ripe for potential abuse.