Krummlauf grease: The bent-barrel SMG meant to shoot from inside a tank (VIDEO) 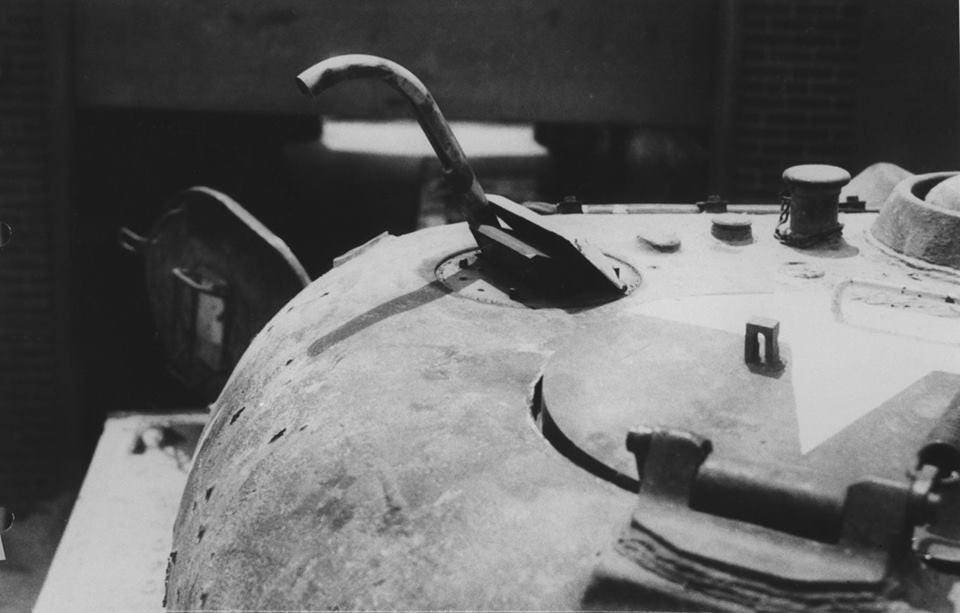 Is that a snorkel poking out of the top of that tank? Nope. Bent-barrel M3 Grease gun. (Photo: Friends of the Tank Museum)

While German efforts to field a rifle capable of bending corners are better known, the U.S. Army also had their own version.

During WWII, the Germans produced a variant of their Sturmgewehr 44 — the world’s first mass-produced assault rifle — with a curved barrel so that it could be fired from cover or concealment, particularly to hose down “cling-on” enemy infantry swarming on the outside of a tank. Dubbed the “Krummlauf” after the German term for “curved barrel,” these guns are rare today and fetch over $60K at auction.

The Krummlauf concept in more detail by Ian McCollum with Forgotten Weapons.

Well, not to be outdone in the curved barrel arms race, the U.S. also apparently worked with the concept as well. As detailed by the Friends of the Tank Museum, the concept was similar, using “the same idea of allowing [a] crew to suppress infantry attacking their vehicle,” although, “Neither idea was taken forward, with the general doctrine being to use vehicles in mutually supporting groups to cover each other instead.” 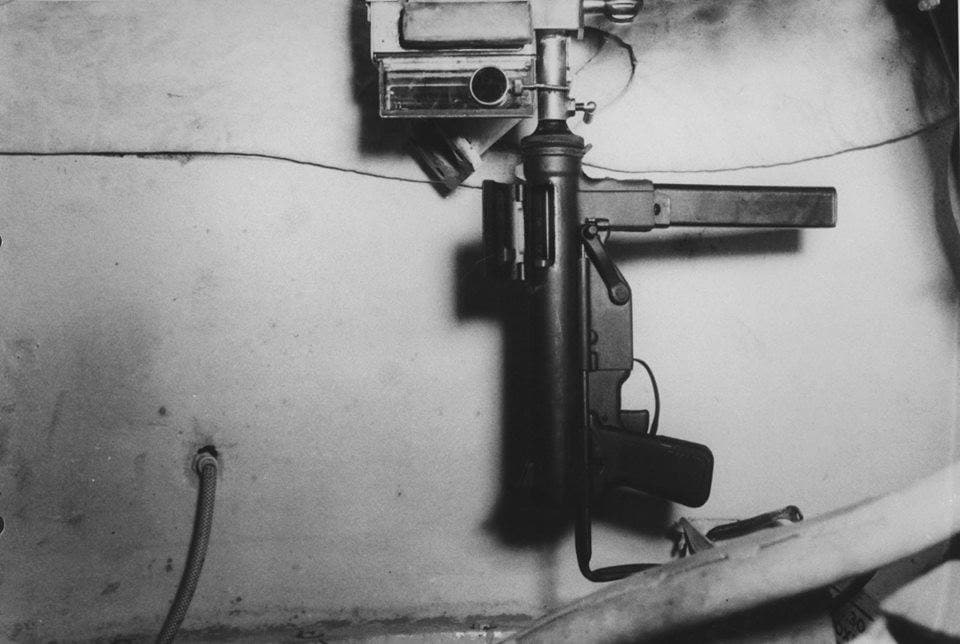 The U.S. Krummlauf prototype used the M3 Grease Gun and a periscope to hose off bad guys who got bad breath close. (Photo: Friends of the Tank Museum)

Of course, corner shot style guns are still a thing– both in the East and the West– and the U.S. Army did, in fact, revisit the concept of a periscope-aimed port firing weapon in the 1980s, although it had mixed reviews.