Washington high court reverses I-1639 decision, measure back on ballot 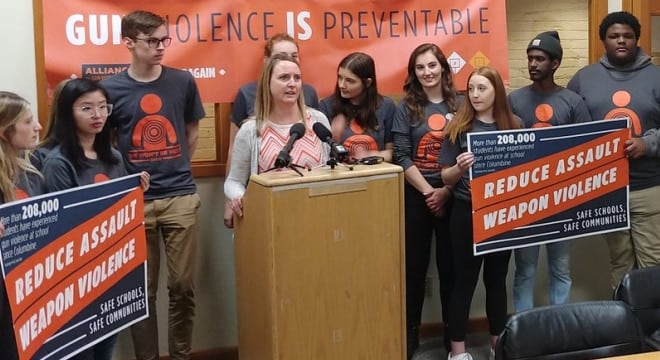 I-1639, backed by gun control advocates and funded primarily by a handful of wealthy donors, will be headed to voters in November despite questions over the petitions used in the signature-gathering process. (Photo: AGR)

Washington’s high court brushed aside a lower court’s ruling invalidating signatures gathered for I-1639 to expand laws about gun buying and storage due to questionable petitions.

In a unanimous ruling on Friday, the Washington Supreme Court said state law allows the court to weigh in on ballot petitions only in cases regarding counting signatures and not how petitions are structured.

The ruling reverses a lower court’s decision that agreed with gun rights supporters who said proposed changes to the law were written in too small a type and that changes were not clearly marked.

Barring further legal actions, I-1639 will be on the November ballot in Washington, leaving gun rights groups to sway voters against it before election day — a prospect with a poor track record along the deep-blue I-5 corridor — or fight it on constitutional grounds should it become law.

Alliance for Gun Responsibility collected signatures for the measure. The effort received some $4.4 million in funding, the majority of which donated by six different people and groups, according to the Washington Public Disclosure Commission.

The primary donors were Microsoft co-founder Paul Allen — who has chipped in just over $1.2 million– along with Nick, Leslie and Lenore Hanauer who have contributed $1.3 million between them. Former Microsoft CEO Steve Ballmer and his wife Connie have tossed another $1 million into the pot. Everytown has contributed about $309,000 in cash and support.

Most of the funds went to the consulting firm AAP Holding Company, of California. The company has managed other successful signature-gathering efforts for gun control initiatives in Maine, Washington and California. Paid signature gatherers have a long history in Washington state, with AAP, in the end, making about $2.63 per signature filed on I-1639.

In opposition of the measure, the Washingtonians, the National Rifle Association for Freedom, and Save Our Security raised about $120,000 for the No on I-1639 effort. Put into perspective, the initiative backers have outraised their pro-gun opponents by a factor of 37-to-1.