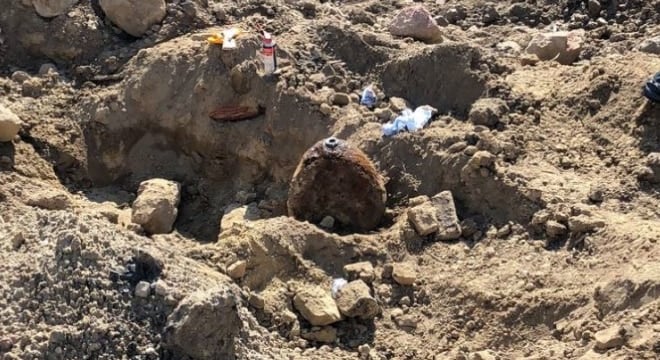 The thing in the middle? Not a nipple. (Photo: Ludwigshafen am Rhein)

Residents in a city in southwestern Germany last weekend had their plans interrupted by a historical reminder that still packed a lot of punch.

Some 18,000 were evacuated from Ludwigshafen on Sunday after a WWII-era unexploded bomb was discovered. The industrial city in the Rhineland, known today as the home of chemical giant BASF, was a ripe target for Allied bombers in 1943-44 due to its key wartime production facilities.

A remnant from one of at least 121 air raids focusing on the region’s IG Farben chemical plant, vital to the German war machine, the 1,100-pound bomb had gone some 70 years without being discovered.

“Good news: The bomb is defused! Citizens can return to their homes,” Ludwigshafen officials said on social media after a military EOD team was able to safely recover the ordnance.

A nearby U.S. military base at Mannheim, about 10 miles away, was unaffected by the evacuation, as noted by Stars and Stripes.

Unexploded munitions are something many Germans take in stride. It is thought that of the 2.7 million tons of bombs dropped on Europe during the war — half of that on Germany — as much as 10 percent failed to explode and currently as much as 2,000 tons of munitions of all sorts are recovered in the country annually.

Earlier this month a man in Mönchengladbach (say that three times, fast) found a curious 15-inch long rusted piece of metal in his garden and drove it to the local fire station for their opinion only to find out it was an unexploded British incendiary bomb. In another recent incident, an elderly man in Bretten called out police to check out a mysterious object he took to be explosive but just ended up being a “heavy zucchini.”

Of course, it’s not just Allied bombs that cause heartburn in Europe. Earlier this month in France off the coast of Normandy the French trawler Le Retour hauled in a heck of a full net, to include one Monika-type Luftmine B (G-mine), formerly of German ownership.

UXOs are a common enough thing along the shores of Europe for the British Coast Guard to distribute posters that look like this: 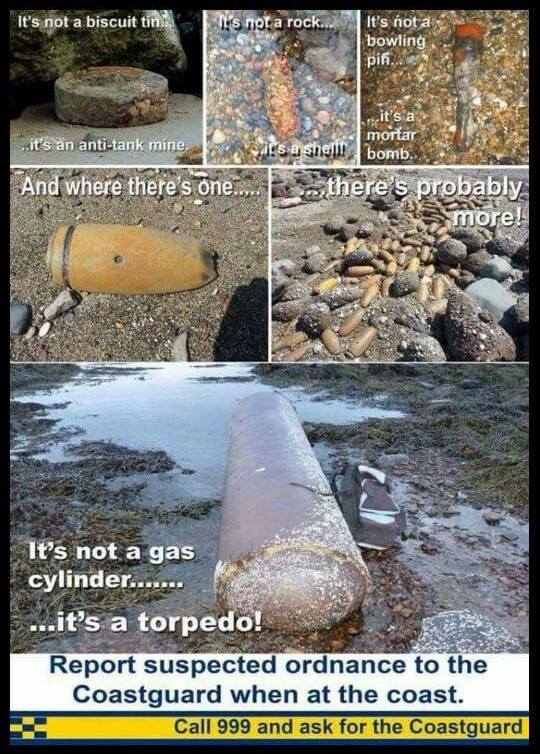