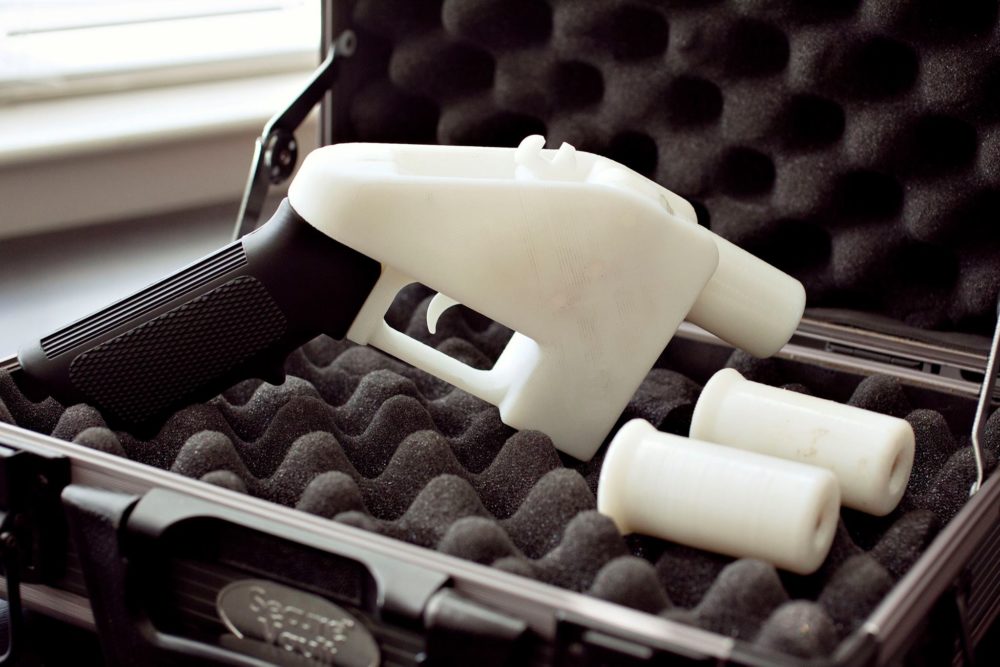 “The very purpose for which the private defendants seek to release this technical data is to arm every citizen outside of the government’s traditional control mechanisms of licenses, serial numbers, and registration,” said U.S. District Judge Robert Lasnik this week, extended a temporary ban he ordered late last month. (Photo: DefDist)

A federal judge in Seattle on Monday extended an injunction blocking the distribution of downloadable 3D printed gun files.

U.S. District Judge Robert Lasnik extended the temporary ban, at least until the matters settles in court, saying public safety concerns raised regarding the availability of the plans outweighed free speech issues expressed by Cody Wilson, who has fought to make the plans available online.

“The Court finds that the irreparable burdens on the private defendants’ First Amendment rights are dwarfed by the irreparable harms the States are likely to suffer if the existing restrictions are withdrawn and that, overall, the public interest strongly supports maintaining the status quo through the pendency of this litigation,” said Lasnik, after he pointed out that the jurisdictions that sought to stop the files represent 160 million Americans, “many of whom have seen the threat level of their daily lives increase year after year.”

Going further, the jurist, a former King County Prosecutor named to the bench in 1998 by President Clinton, questioned Wilson’s motive for wanting to publish the files, saying, “The very purpose for which the private defendants seek to release this technical data is to arm every citizen outside of the government’s traditional control mechanisms of licenses, serial numbers, and registration. It is the untraceable and undetectable nature of these small firearms that poses a unique danger.”

The 25-page order says that 1970s-era Arms Export Control Act that the federal government used to halt the distribution of Wilson’s mostly plastic Liberator pistol from its inception until earlier this year keeps the files from being uploaded to the internet, but they can be emailed, mailed, securely transmitted, or otherwise published inside the country.

Washington Attorney General Bob Ferguson said that, while he was happy the court extended the order, he went on to blast the White House, saying “[W]hy is the Trump Administration working so hard to allow these untraceable, undetectable 3D-printed guns to be available to domestic abusers, felons, and terrorists?”

As for Wilson, who simply called the order from Lasnik a “farce,” hinted at a larger response saying “I am about to give you one hell of a week,” and teasing what he billed as “Operation Integral Accident,” to be detailed Tuesday. Wilson has in the past been adamant that “The American people have the unquestionable right to access this information.”

Meanwhile, a site that is mirroring most of the files Wilson intended to publish has seen nearly 1.5 million downloads this month.