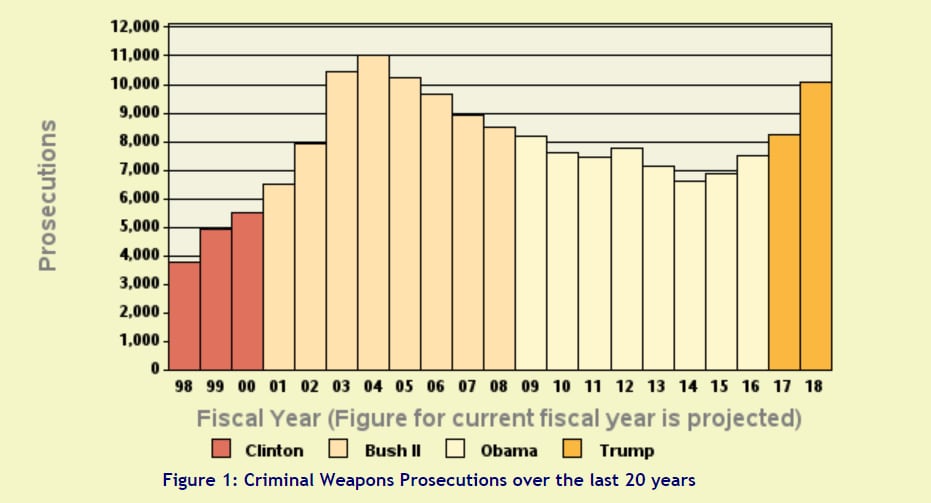 The vertical bars in Figure 1 represent the number of weapons prosecutions of this type recorded each fiscal year. Projected figures for the current fiscal year are shown. Each presidential administration is distinguished by the color of the bars. (Source: TRAC)

Federal data suggests 2018 could be the Department of Justice’s busiest year ever in more than a decade for weapons prosecutions.

Table 2 shows the top lead charges recorded in the prosecutions of weapons matters filed in U.S. District Court during the first 10 months of FY 2018. (Source: TRAC)

The top prosecuted weapons charges include “firearms, unlawful acts; firearms, penalties; and drug-abuse prevention and control-prohibited acts,” according to TRAC. The Eastern District of Missouri, the Southern District of Alabama and the Western District of Tennessee round out the top three judicial districts for weapons prosecutions, where the per capita rate exceeds that national average — 25.5 per 1 million — by more than seven times.