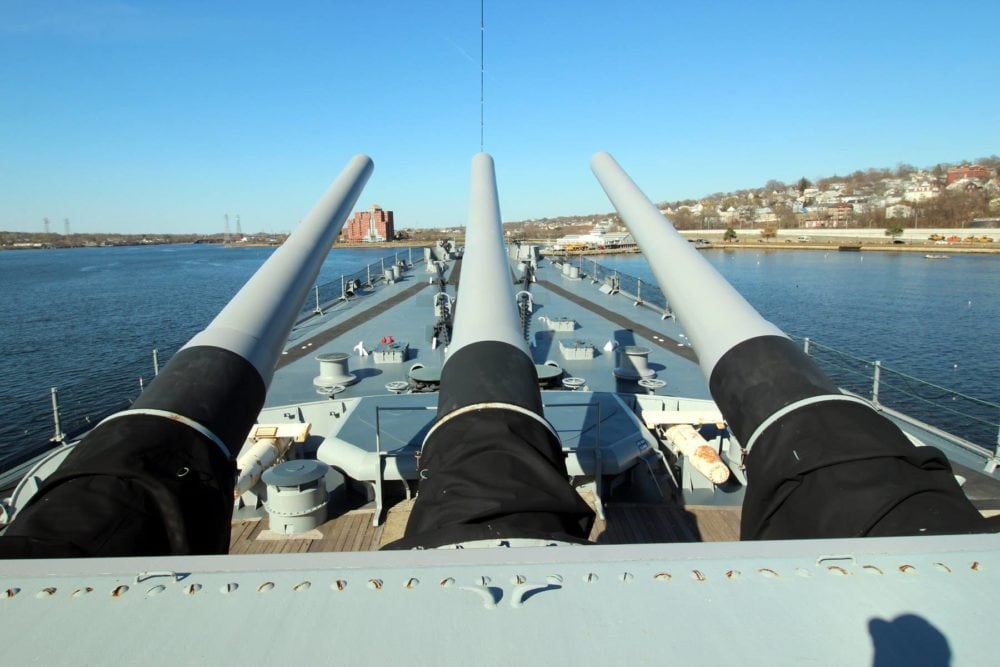 These guns could fire a 2,700-pound armor-piercing shell some 23 miles away. (Photos: USS Massachusetts Facebook)

The 16-inch guns on the USS Massachusetts were used to plaster enemy ships and troops during World War II and her caretakers are looking for help uncovering their lost history.

Commissioned in 1942, “Big Mamie” earned an impressive 11 Battle Stars during the War the hard way. Her mighty 16-inch/45cal guns (that’s a bore 16-inches wide and a barrel tube 45 calibers, or 720-inches long) silenced the Vichy French battleship Jean Bart in Morocco, then bombarded  Kwajalein, Iwo Jima, the Philippines and even the Japanese Home Islands. In fact, she wore her guns down to the point that they had to be relined at least once during the war. 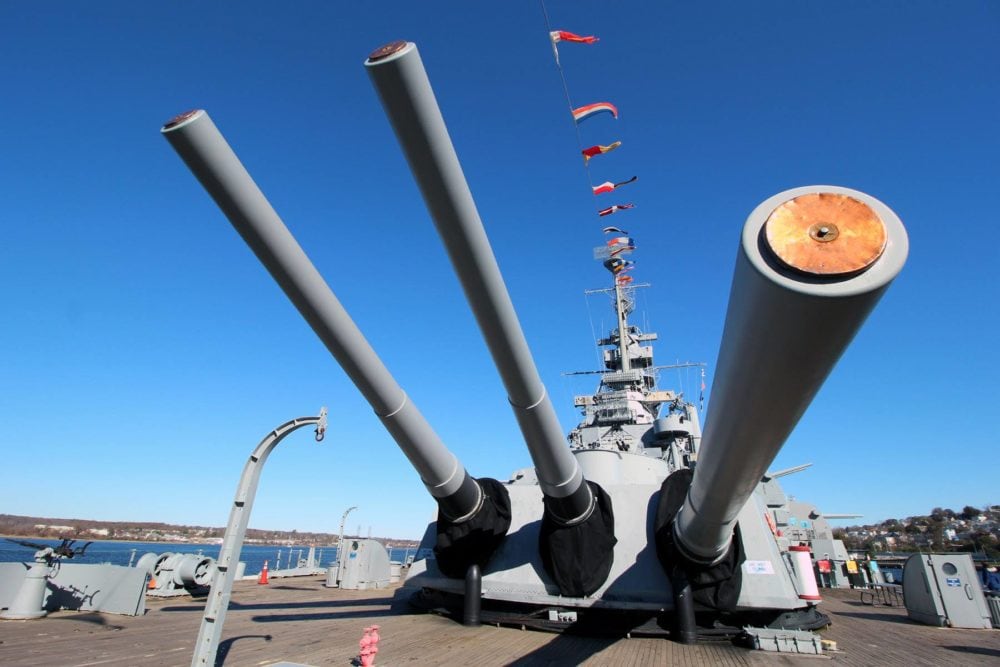 Decommissioned in 1947, she has been on display at Battleship Cove in Fall River, Massachusetts, since 1965, where museum officials are hard at work figuring out the lost names to three of her big guns. You see, the trio in Turret One, towards the bow of the ship, are named after women, (Clara, Jeannie, and Lydia) while the guns in Turret Two are named after historic U.S. Navy ships lost in the opening battles of the war (Arizona, Utah, and Vincennes). As for the guns in Turret Three, pointing over Big Mamie’s stern? That’s where the public comes in.

“Looking for some help on Turret Three’s gun names,” the museum posted on social media this week. “Maybe some photos or first-hand accounts of them from the former crewmembers.”

Currently, the museum knows that the T3 tubes were all made at the U.S. Naval Gun Factory in 1941 and have very close numbers (#301, 303, and 304) which likely meant they were all “born” at close to the same time. While the nicknames are likely still there, they have been long ago covered by generations of paint.

In the meantime, the busy work of keeping an aging floating steel warship in a harsh salt-water environment continues no stop. 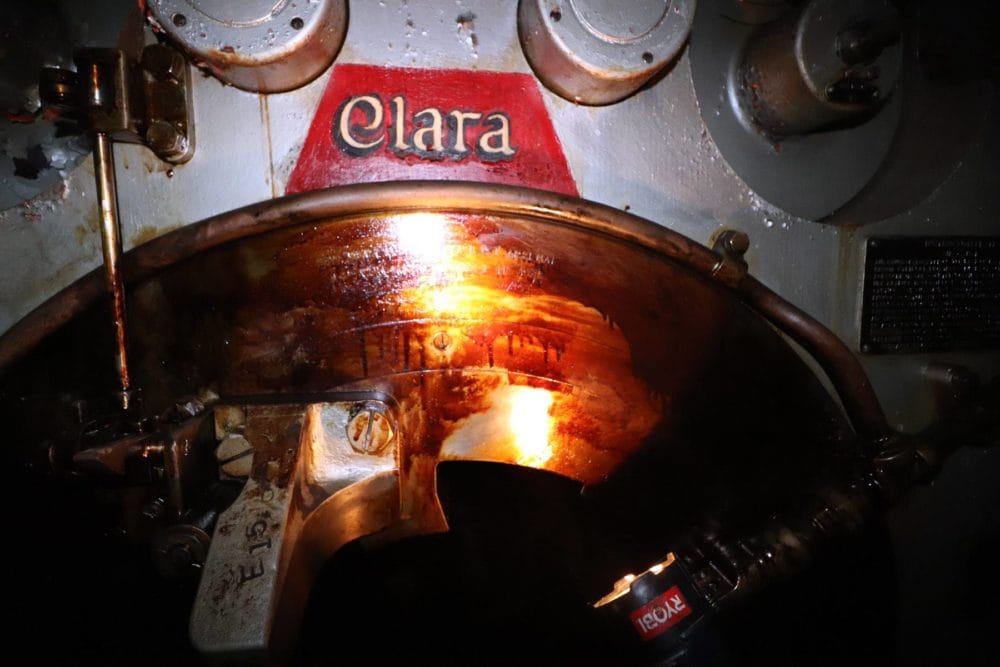 “Clara,” one of the guns in Turret One, was recently inspected to make sure her protective coating was intact. As every gun owner knows, you have to keep them cleaned and lubricated. 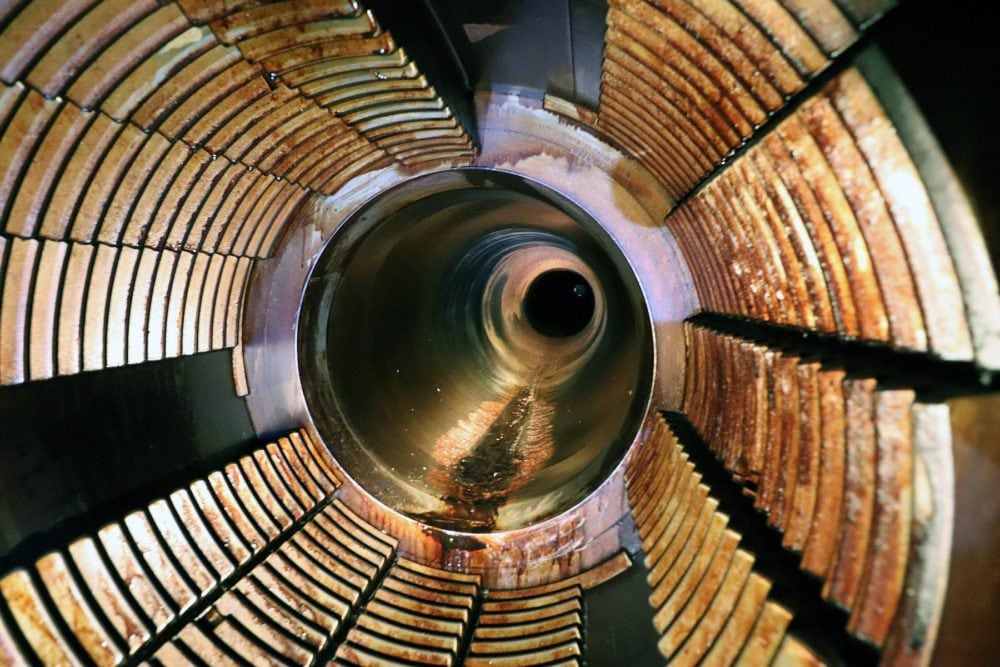 A look inside the breech 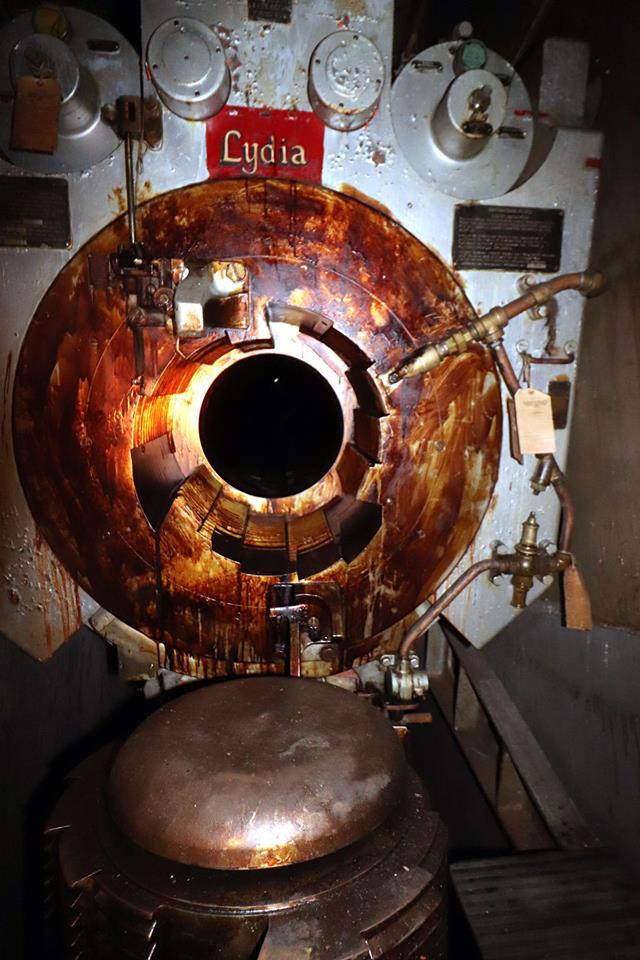 “Lydia,” another Turret One gun. Note the huge breechblock open to the bottom of the image What the museum knows about the ship’s main battery