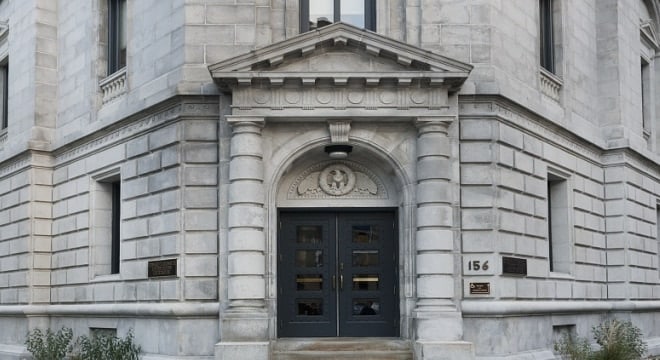 Federal prosecutors on Tuesday announced charges against a man found with a suppressor without a serial number along with a significant amount of drugs and cash. Andrew Waite, 29, of Turner, faces a host of weapons and drug charges stemming from allegations that he grew and distributed large quantities of marijuana.

While a statement from the U.S. Attorney’s office in Portland says he cultivated and sold the drugs under the guise of Maine’s Medical Marijuana program, authorities contend Waite violated both state and federal law. Court documents including a February complaint filed by an DEA agent says that on a search of Waite’s residence as part of a wider sweep of 20 warrants in the Lewiston-Auburn area.

During the search, authorities found an unserialized suppressor in Waite’s possession that was not registered to him in the National Firearms Registration and Transfer Record as required by the National Firearms Act. In addition, agents also recovered a Sig P229 handgun, a Zastava M92PV 7.62x39mm pistol, about $150,000 in cash stacked in $5,000 bundles, and six boxes containing about 100 pounds of marijuana. The feds also seized a blue Ferrari found in the garage, which prosecutors say is forfeitable as proceeds of drug trafficking or money laundering offenses.

Arrested on July 18 in North Carolina, Waite was in Portland for his initial appearance on Tuesday, where he pleaded not guilty to charges of illegal possession of a firearm in relation to a drug trafficking crime, illegal possession of a silencer without a serial number that was not registered to him, and possession with intent to distribute marijuana. A detention hearing is set for Sept. 11. He faces 10 years and a $250,000 fine on the NFA violation and as much as life imprisonment on the other charges.

The Portland Press Herald reports two other area men tied to the sweep, Brian Bilodeau, 33, and Tyler Poland, 32, were indicted last month, with jury selection in each defendant’s trial expected to begin Sept. 4.