What do you get when a custom chopper designer turned gunsmith meets a London street punk turned fine furniture maker? An exquisite custom gun that is a true work of art and a showcase worthy of a president.

When famous motorcycle designer Jesse James set out to make his friend, Donald Trump, a pistol to commemorate his presidential election victory, he wanted a gun case that matched the gun’s beauty and craftsmanship. Through his network, James found Philip Morley to create the perfect display case for the Trump 1911, a custom-built .45 ACP gun for the 45th President of the United States.

Morley founded Philip Morley Furniture as a “prototype” shop to focuse on unique, stand-alone pieces in Wimberley, Texas in 2014. “The reason I call it a prototype shop is because everything I do, for the most part, is one of a kind. I really specialize in the craft of furniture making, so kind of the artistry of it,” Morley told Guns.com.

Yet, one of the first pieces he was commissioned to make stateside was a gun case, which he found funny because he had just moved from London, England where guns are heavily regulated. “It was a guy in Texas. He reached out to me. He had this beautiful Henry (rifle) that was all engraved. I just thought it was really funny a guy being from London and my father thought it was hilarious, too that the first piece I get to build as Philip Morley Furniture is for a gun,” he said. 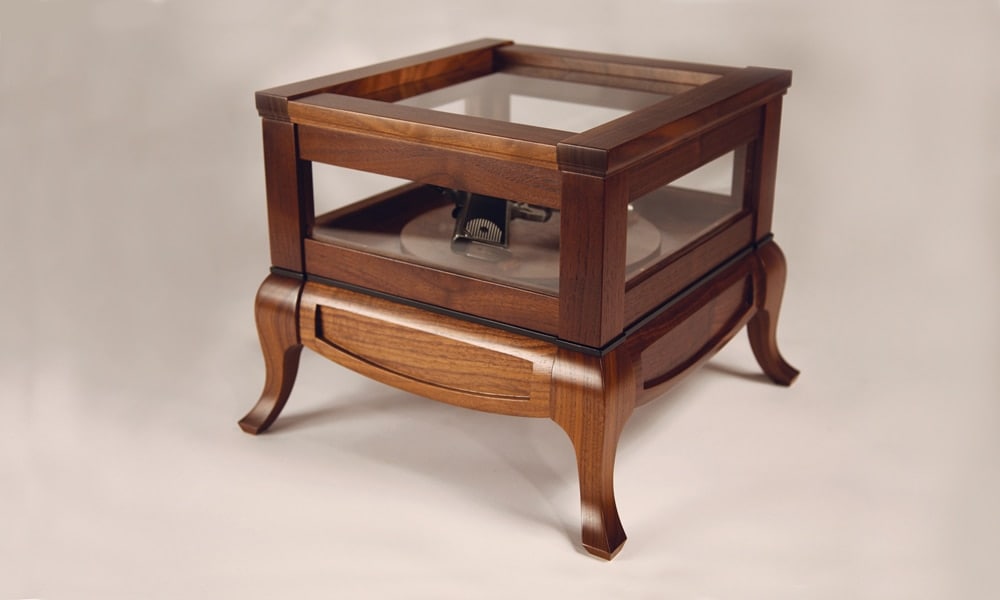 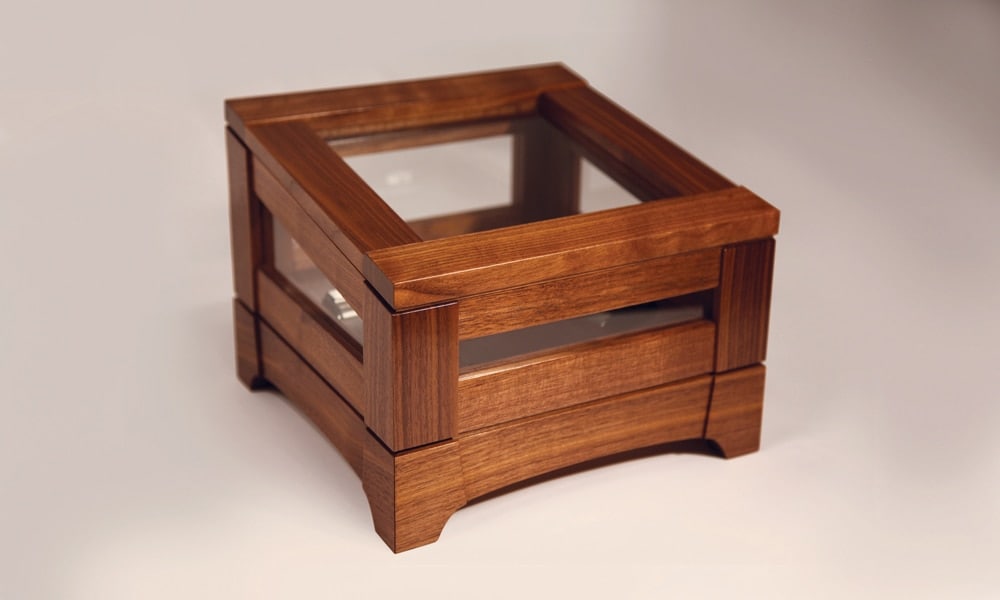 Fast-forward two years and along comes James who switched from custom motorcycles designer to gunsmith, moved to gun-friendly Texas from California and started a business called Jesse James Firearms Unlimited. James was looking for someone who could build beautiful display cases for his guns and Morley was recommended by a friend. He and Jesse instantly connected. Jesse recognized that Morley definitely had the skill, artistry and attention to detail necessary to produce the look and quality required to compliment his guns. Morley was immediately commissioned to produce a showcase for Trump’s firearm.

Given free rein on the design, Morley hand-crafted an elegant presentation case with some very special wood from one of George Washington’s original Chestnut trees. Morley uses of traditional, old world joinery so the joints fit together without nails, screws, stains or fillers. “I pay a lot of attention to design and grain selections. These are small things that I think make a huge difference in a custom piece when you get it from me,” he said, adding that he now does about 10 cases a year for James with each case matching the uniqueness of James’ custom design. 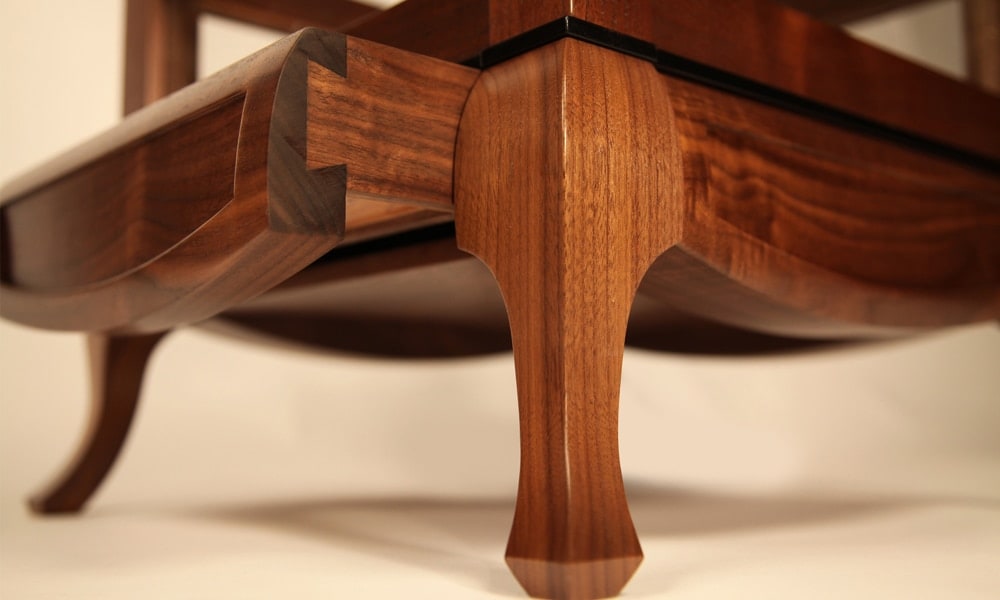 A prime example of the craftsmanship put into every display box built by Morley. (Photo: Philip Morley/Philip Morley Furniture) 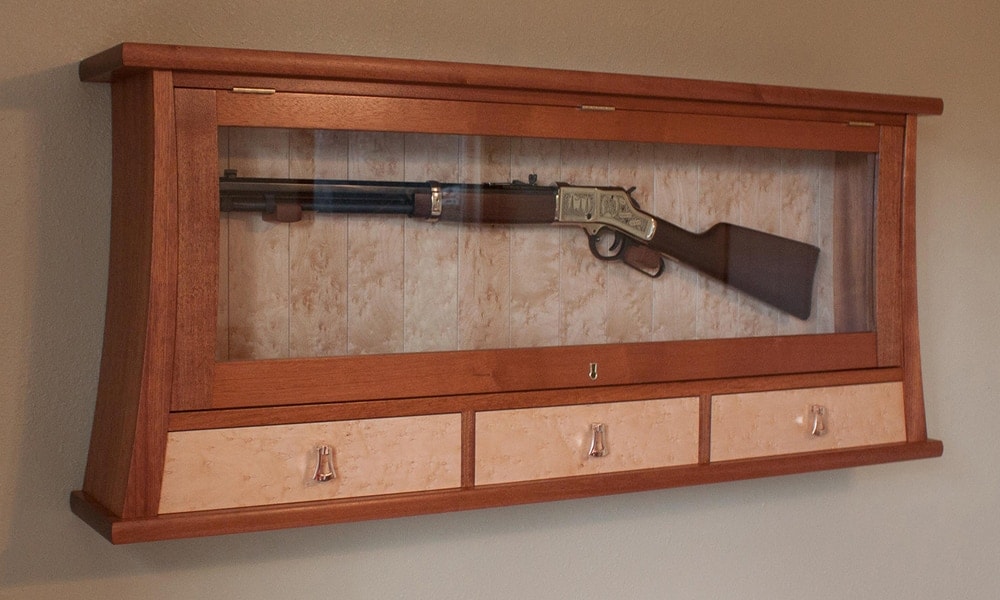 Morley’s first commissioned piece as a furniture maker was a display box he built for a client in Houston, TX, who wanted a display box for his beautifully engraved Henry Rifle. (Photo: Philip Morley/Philip Morley Furniture)