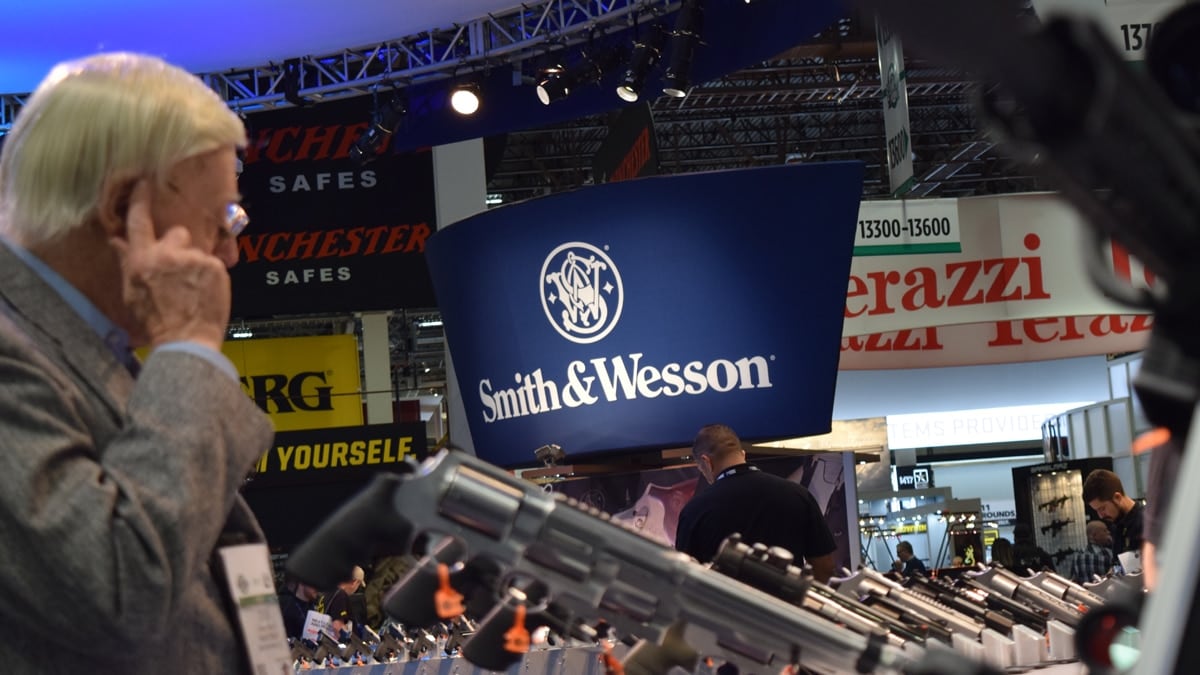 “Unlike a bonafide investor, this proponent purchased just 200 shares, the bare minimum needed under SEC rules to place an item on the proxy with the sole objective to push an anti-firearms agenda, designed to harm our company, disrupt the local sale of our products and destroy stockholder value,” Chief Executive Officer James Debney said Thursday during a conference call with investors. “This proponent will gladly sacrifice its investments and yours to achieve its political objectives.”

Earlier this week, the Sisters of the Holy Names of Jesus and Mary filed a resolution asking American Outdoor Brands Corporation — the parent company for the Massachusetts-based gun maker — to report on the risks involved in selling firearms and take “the first steps towards acceptance of this responsibility.” Shareholders will vote on the resolution at the company’s annual meeting next month.

“Contrary to what the company suggests, AOBC has both the responsibility and capacity to play a more active role in how its products are used,” the resolution concludes.

Debney said Thursday such a report isn’t “feasible” and does nothing to improve community safety. “We find it curious that the proponents of this proposal overlook our long-standing call for and involvement in actions that truly have meaningful impacts, such as greater vigilance in enforcing the laws and criminal penalties on the books, and the need to meaningfully address the role that mental illness plays in senseless violence,” he said. “In contrast, the proponents’ efforts appear to be more about their anti-gun agenda.”

The nun group — backed by a coalition of 10 different religious organizations — employed a similar strategy during the annual meeting for Sturm, Ruger and Company in May. Mark Gurney, Ruger’s director of product management, said in an email earlier this year the company was “obligated” to allow shareholders to vote on the request.

If Smith & Wesson shareholders likewise vote in favor of the resolution, the company will have until Feb. 8, 2019 to produce a report.