Henry Repeating Arms made its NASCAR debut Saturday during the Johnsonville 180 race in Elkhart Lake, Wisconsin, a short hop across the state from the gun maker’s large-scale production facility in Rice Lake.

“We’re kind of dipping our toe into the water (and) seeing what kind of reaction we get,” said Dan Clayton-Luce, Henry’s communications director, about the company’s first NASCAR sponsorship, which included a car in the race and signage above the track.

While the company hopes the effort will bring attention to the brand, Clayton-Luce said he thinks fans will enjoy seeing a Henry Golden Boy rifle on the side of an orange souped up Camaro. “I think it’s the first time anybody has ever put an image of a rifle on the side of a NASCAR, so we’re really excited about that,” he said. 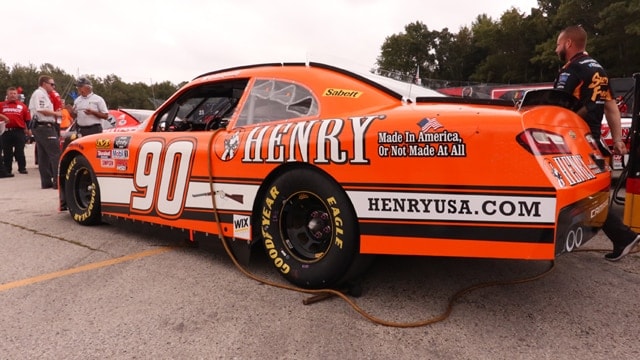 Both the vibrant orange and rifle painted on the side made the Henry car one of the more eye-catching on the track. (Photo: Kristin Alberts/Guns.com) 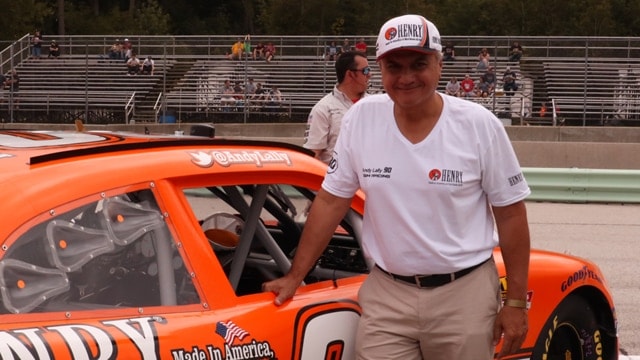 Although Henry was the only firearm company on the track, this wasn’t the first time a gun maker ventured into NASCAR. Both Remington Arms and Daniel Defense sponsored cars for brief stints in years past. But Henry has dabbled in racing before. Last year, the company entered a car in the International Motor Sports Association at the same track.

“’Guns and gear,’ we love it,” said Henry’s president and owner Anthony Imperato, and he added Henry has been involved in racing for three or four years. “We enjoy it so much,” he said. “We get a chance to meet Henry fans from around the country.” 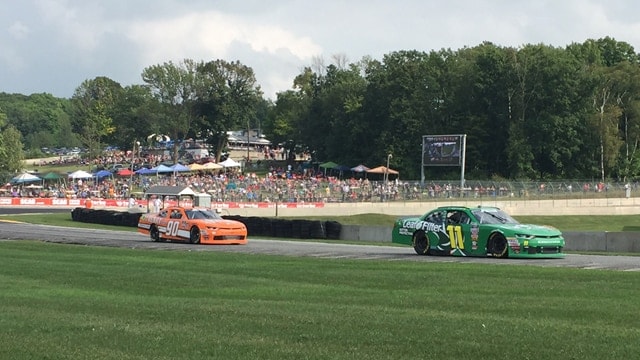 While the unmissable vibrant orange Henry car did not take top spot on the podium, Lally did pilot the Camaro to a top-10 finish on one of the circuit’s most difficult road tracks.  (Photo: Kristin Alberts/Guns.com)

With a full season’s NASCAR sponsorship can reach into the millions of dollars, Henry Repeating Arms is on a single-race sponsorship, so it’s starting with one race before moving forward. But the effort seemed effective. Imperato and his team hosted a booth during race day where some patrons discussed the desire own a Henry rifle while others shared anecdotes about shooting one.

Staff Sgt. Travis Olson, who served on the Honor Guard before the start of the race, said he found the experience seeing Henry Arms on a NASCAR for the first time a “unique opportunity” and added: “Hopefully this will bring more business for them.”