You don’t need a yardstick for this one. (Photo: Svalbard Museum)

Designed after a beef with the British government, this curious rifle has done some globe trotting.

Far above the Arctic Circle is Svalbard, an island chain so remote it was chosen to host the apocalyptic Swiss bank account that is the Global Seed Vault. The ice-covered windswept archipelago has both a legit polar bear problem and a small museum, chronicling its role as a weather outpost for Europe proper, the Svalbard Museum. Inside the museum rests this interesting obrez-style rifle, which has been chopped so short that you can almost hear the ATF screeching in the ether when they see one of these images.

If you can’t quite place the action of the rifle, know that it is a Canadian-built Ross straight-pull rifle.

Put into production in Canada after Britain refused to grant the country a license to produce the Enfield rifle, the Ross Rifle Co. produced over 400,000 rifles, mainly for the Canadian and British military just before and during World War I. Chambered in .303 British, the gun was often well-liked by those who used it and very accurate. In fact, some 2,000 were used by snipers in the trenches of the conflict, fitted with U.S.-made optics. 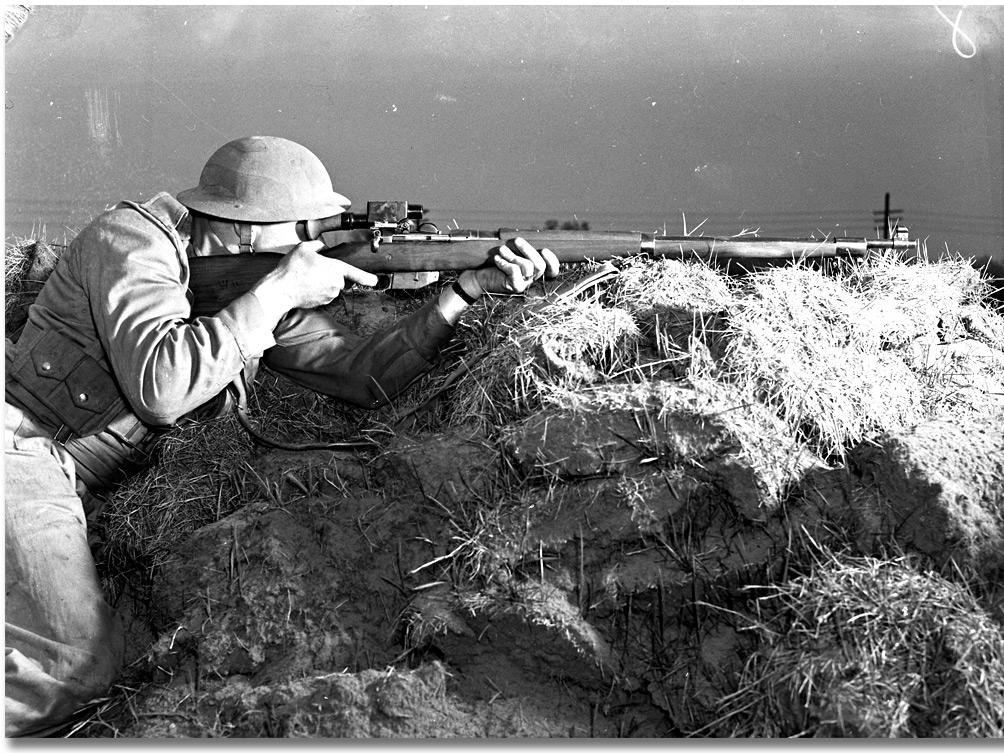 A regular-length Ross MKIII rifle decked out with a Warner & Swasey M1913 sight in the hands of a Commonwealth sniper.

However, the Ross had a (debated) tendency to sometimes malfunction and launch the bolt back into its user’s face, which gave it a bad reputation and it was phased out by the Enfield soon enough.

Not to be outdone, the Ross company also sold the M-10 sporting rifle to the same design but chambered in .280 Ross, a proprietary caliber that would hum a 140-grain pill out to 3,000fps, which was pretty decent ballistics for the 1900s.

And that is what the Svalbard chop job is, as evidenced by the receiver band. 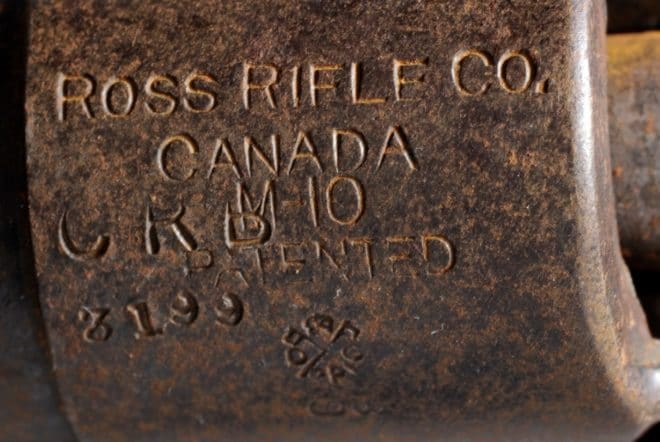 The museum catalogs the handy little rifle as being just 22.1-inches overall in length and that it was used for trapping, likely by a seal hunter, which was a popular endeavor on the islands for decades. They also note that it has been converted from the legacy .280 Ross caliber to .30-06 and uses a magazine from a Mauser, a conversion that was popular in Norway on captured German K.98s after World War II. Incidentally, the guards at the seed vault are armed with converted Mausers as well.

Either way, the abbreviated Ross is crazy looking, especially sans trigger guard, but could probably have doubled as polar bear repellant, or possibly as a flare gun due to the size of the fireballs it was likely to produce.

For everything you ever wanted to know about the Ross but were afraid to ask, check out the below from C&Rsenal.