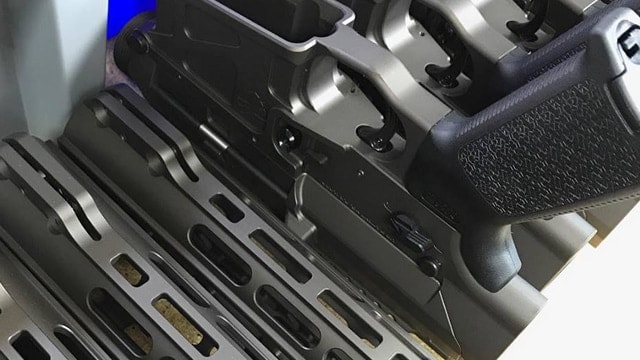 The Wisconsin-based American Defense Manufacturing won an contract to produce SBRs for the Polk County Sheriff’s Department in Polk County, Florida, according to Wednesday’s announcement.

“American Defense is not just a firearm assembler, but a full manufacturing facility, where we can control quality and maintain strict tolerances through all manufactured parts that result in superior performance and reliability,” Phebus added.

The UIC Mod 1 LE-X rifle combines premium components, exceptional performance and accuracy through Rosco Manufactured barrels, and dependability that law enforcement agencies can count on day after day. Features include full ambidextrous controls to include charging handle, safety selector, magazine release, and bolt catch and release to improve the usability whether left or right handed.

David Rounds, the department’s deputy director Central Services Bureau, described the standards for awarding such a contract to be extremely competitive and that they provide contracts to vendors they find to be “the most advantageous.”

With a population of some 646,000 and land area of more than 2,000 miles, Polk County is the fourth biggest county in the state. American Defense will deliver the weapons in the fourth quarter of this year.