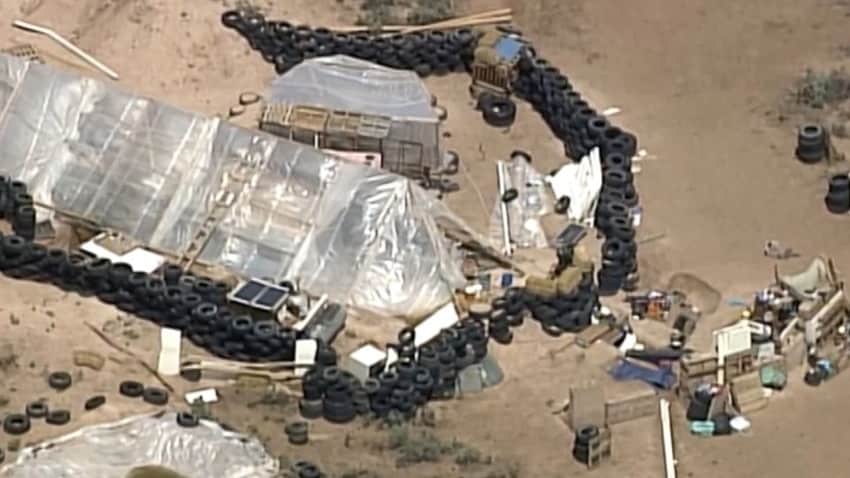 Federal investigators discovered the stash of weapons at a compound in Amalia, New Mexico last month, where 11 children lived with the defendants in filth, according to court documents. The body of a three-year-old boy — later identified as the son of Siraj Ibn Wahhaj and his estranged wife — was also found at the compound, drumming up charges of child abuse and neglect that were later dismissed.

Leveille entered the United States in 1998 as a non-immigrant visitor, a visa with an expiration date of six months. As recently at March 2017, the United States Customs and Immigration Service approved Leveille’s employment authorization application. Her most recent attempt to apply for permanent residency was denied, according to court documents.

Leveille and Ibn Wahhaj allegedly absconded with his three-year-old son in early December, traveling from Georgia to the compound in New Mexico to perform an exorcism on the child. Leveille, who suffered a miscarriage during Ibn Wahhaj’s estranged wife’s pregnancy, believed the child to be hers and insisted on “casting out demons” from his soul so he could be reborn as a messianic figure.

The boy, diagnosed with Hypoxic Ischemic Encephalopathy at birth, required constant medical attention, walked with a limp and experienced developmental delays. He died on Christmas Eve while at the compound, according to court documents.

The other children in the compound told investigators Ibn Wahhaj instructed them on military tactics, including “tactical reloads, disarmament techniques, clearing buildings, rapid reloads and hand-to-hand combat.” The children said Ibn Wahhaj wanted to assemble an army and wage jihad against non-believers in “corrupt institutions” — including banks, law enforcement agencies, schools and the military — aiming to kill or imprison anyone who stood in their way.

Taos County District Attorney Donald Gallegos told the Associated Press he is prepared to seek indictments in connection with the death the Ibn Wahhaj’s son and the deplorable living conditions at the compound.

All five defendants remain in custody, according to court documents, with a preliminary detention hearing postponed until Sept. 12. If convicted, Leveille faces a statutory maximum of ten years in prison, while her co-defendants could spend as much as 15 years behind bars for aiding and abetting and conspiracy.